FC Cincinnati has unveiled the four unique premium club spaces at West End Stadium, kicking off the second sales phase for the world-class facility due to open in Spring 2021, which club President, Jeff Berding, confirms “remains on schedule” in the club’s latest construction update.

The First Financial Club, the Cincinnatus Club, the Pitch View Club and the Tunnel Club are featured in this week’s launch, which represent 4,500 seats at West End Stadium split on both sides of the stadium.

The four clubs each feature a progressive slate of amenities with membership, as well as uniquely designed spaces that each represent a different theme central to Cincinnati.

This is certainly a unique time, but as we begin to see our communities opening back up and taking gradual steps toward returning to ‘normal,’ we’re excited to launch the public on-sale process at West End Stadium.

We firmly believe West End Stadium will be the best soccer stadium in North America when we open next spring. It’s fascinating to consider we’re closer to the opening of West End Stadium now than we are to our first-ever MLS home game last March.

It’s incredible what we’ve accomplished as a club in such a short period of time, starting with our owners, staff, players, supporters and public leaders.

We’re so proud of the Cincinnati community that has rallied around this club, made it their own and really driven us to be ambitious as we represent the entire region. We’ve felt their passion and their optimism throughout the last two months, and we believe our fans will be impressed and excited with what’s to come in 2021 at West End Stadium.

Location: West side of stadium

Price Range per Game: $188 (includes parking and all food and beverages)

Price Range per Game: $442 to $589 (includes parking and all food and beverages)

FC Cincinnati’s goal has always been to offer a spectacular match day experience that rivals any sporting experience in the area, and also present the best soccer atmosphere in the U.S. and Canada. Our fans’ passion and pride for the club has gone a long way in helping us reach those goals in a few short years, but we believe West End Stadium will allow Cincinnati to further stake our own unique place in the North American soccer landscape and truly stand out around the world.

As we move into the next phase of our sales cycle ahead of our Spring 2021 opening, we believe we have created seating options for absolutely everyone throughout the stadium. With these premium club options, we’ve prioritized sightlines, proximity to the field, as well as comfortable seating that will also be hallmarks in all seats throughout the stadium. Add in four unique social settings to accompany each product, and there are a lot of options to consider for anyone. The stadium’s intimacy will be unmatched in the region, and fans will love what’s ahead at West End Stadium. 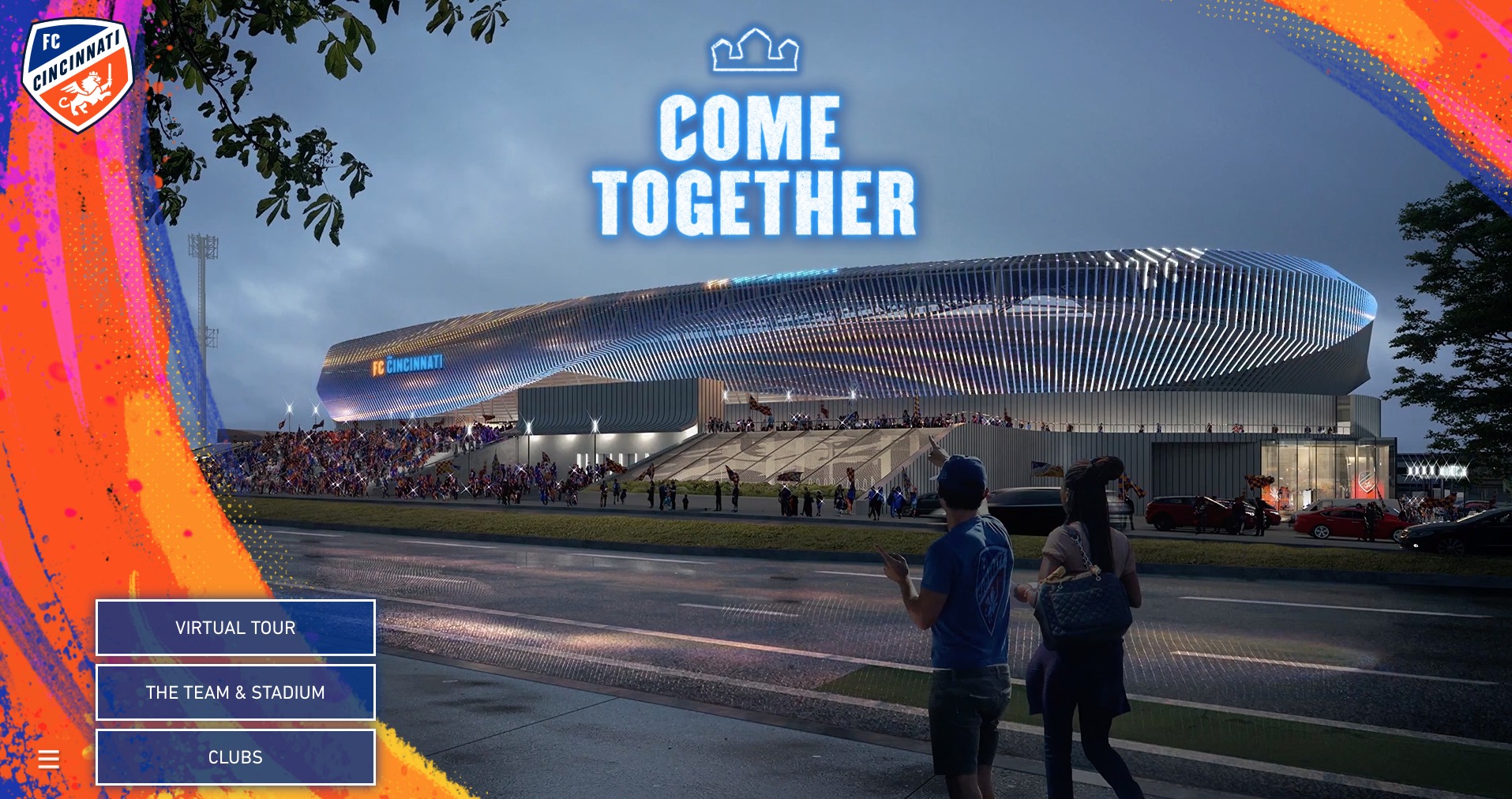 You can learn more about the premium club offerings at westendstadium.com, which includes an immersive, interactive web platform that offers the very first (virtual) look inside West End Stadium and its premium spaces.

When West End Stadium opens in Spring 2021, FC Cincinnati’s future home is expected to be one of the most ambitious soccer-specific stadiums in not only North America, but the world. Critically acclaimed architectural firm Populous designed an innovative and forward-thinking stadium that will be one of the largest soccer-specific facilities in Major League Soccer (MLS).

The US$250m, privately funded stadium will have a 26,000 capacity, with the closest seats within 15 feet of the field. The design includes 53 traditional suites and 4,500 premium seats throughout four premium club spaces. Additionally, the team’s famous supporters’ section, The Bailey, will grow to be more than 3,100 strong and loom over opponents at a 34-degree angle at the stadium’s north end. A 360-degree canopy roof will cover every seat in the stadium, but still allow sufficient sun in to grow a natural grass field. The stadium will have five team locker rooms, including a comprehensive team suite for FC Cincinnati that features a dressing room, coaches offices, lounge, equipment storage and the Mercy Health Center of Excellence for the team’s medical and game day fitness needs.

West End Stadium will meet all current requirements to host CONCACAF and FIFA events, featuring top national teams from around the world, including the U.S. Men’s and Women’s National Teams, as well as the world’s top club teams for friendlies. The world-class stadium is expected to open in Spring 2021.

FC Cincinnati (FCC) is a professional soccer team that plays in Major League Soccer, having entered the league as its 24th team in 2019. The club’s wide and diverse ownership group is led by controlling owner Carl H. Lindner III, as well as managing owners Meg Whitman, Scott Farmer, and George Joseph. Originally founded in 2015 by Lindner III and current president Jeff Berding, FCC played in the second-division United Soccer League (USL) from 2016 to 2018, before moving to MLS. The team currently plays its home games at the historic Nippert Stadium on the campus of the University of Cincinnati, while its soccer-specific stadium is constructed in the West End neighbourhood of Cincinnati.