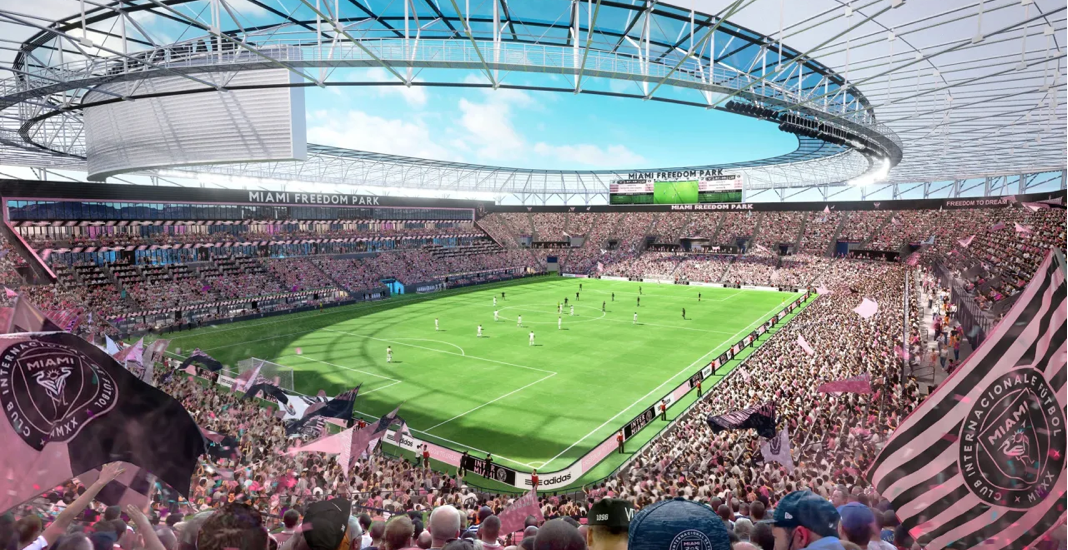 The U$1.2bn plan, passed via a 4-1 vote, includes a 25,000-seat stadium that’ll house the Herons. The project will be entirely privately funded.

The site, which currently contains Melreese golf course, will also include hotel rooms, commercial and office space, community fields and the single largest public park in the city of Miami with over 58 acres of freely accessible, clean park land.

Jorge Mas, Inter Miami CEO and Managing Owner, said in a press conference after the approval was confirmed:

[It’s] an amazing day for the voters of our city, for the fans of football in Inter Miami and I want to sincerely thank the Commissioner, the Mayor and everyone who was involved in this process.

… I always knew that this would happen, because I believe in our city and I believe in dreaming. And today a dream commences.

For next steps, a key vote on zoning changes awaits. But with the lease agreement secured, a significant stadium hurdle is cleared.

It ensures the future of Inter Miami and MLS in Miami hopefully forever. That’s the significance of this.

Inter Miami will maintain permanent facilities in Fort Lauderdale with a 50,000-square-foot training ground and DRV PNK Stadium. The club will continue to play home matches at DRV PNK Stadium while they work towards constructing Miami Freedom Park, which Mas confirmed is expected to be finished for the 2025 MLS season.

Inter Miami debuted in MLS during the 2020 season, bringing men’s top-flight soccer back to South Florida. The club’s co-owners are Mas, his brother Jose and David Beckham. Their expansion spot was formally granted in January 2018.

In addition to the beautiful 58-acre park, Miami Freedom Park will boast restaurants, retail stores, a hotel and the development of a Tech Hub that will further underscore Miami’s status as a global innovative city.

Parker Sports & Events, a division of The Parker Company – the global leader in FF&E and OS&E procurement services for the Hospitality & Sports industries – is working on the Miami Freedom Park project, having worked for Inter Miami on their Lockhart Stadium and Training Facility.