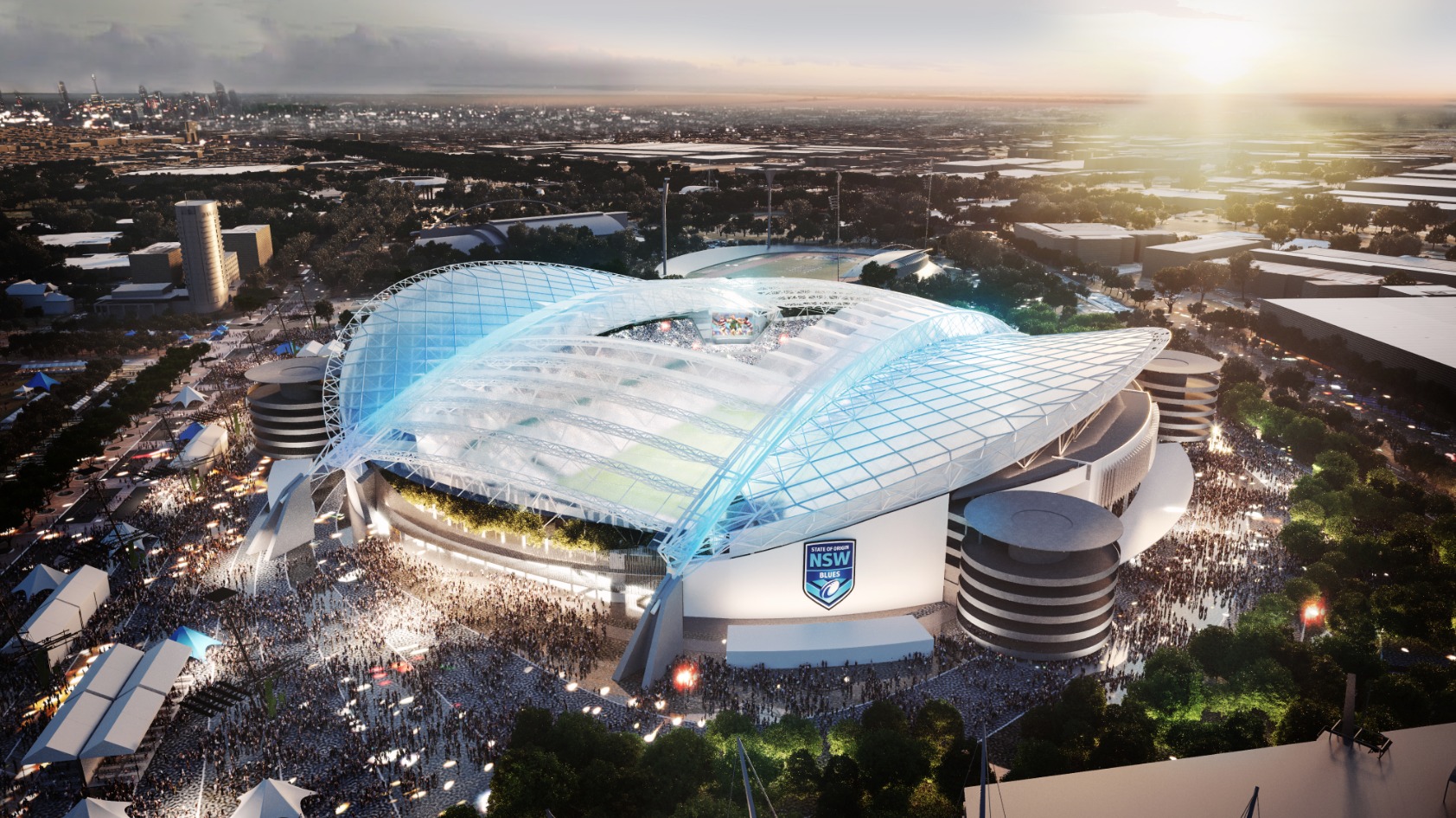 As NRL Grand Final week approaches, there has been another significant step in the ANZ Stadium redevelopment project, which will ultimately lead to the Stadium providing a superior event experience in a rectangular venue perfectly designed for rugby league, rugby union, football and entertainment.

The State Significant Development Application for the Stadium redevelopment has been lodged with the NSW Government’s Department of Planning, Industry and Environment (DPIE). As part of the application, Infrastructure NSW has prepared an Environmental Impact Statement (EIS).

The EIS for the ANZ Stadium (generic name Stadium Australia) redevelopment at Sydney Olympic Park, which includes information on the design, construction and operation of the redeveloped facility, went on public exhibition September 26 2019, and will remain on display until 23 October 2019. The public exhibition of the EIS provides an opportunity for the community to provide feedback.

The EIS and supporting technical documentation can be viewed on the DPIE’s major projects website here. Instructions on how to make a formal submission are also available on the website here. There will a separate opportunity in coming weeks for ANZ Members to attend information sessions on the progress of the redevelopment project.

The NSW Government is redeveloping ANZ Stadium into a permanent rectangular venue with a capacity of around 70,000. This redevelopment will move seats closer to the field of play and update the stadium to contemporary standards, providing a world-class experience for spectators and enhancing NSW’s position as a global and sporting destination.

The A$810m investment will deliver the ultimate customer and visitor experience, and enable NSW to attract and play host to the best events in the world.

The ANZ Stadium redevelopment forms part of the biggest investment in sport and entertainment in NSW since the Sydney 2000 Olympics and delivers on the Government’s commitment to upgrade the State’s major stadia network.

ANZ Stadium (Stadium Australia) opened in March 1999 after being purpose-built for the 2000 Sydney Olympic and Paralympic Games. More than 28 million fans have since passed through the Stadium turnstiles to witness many of Australia’s greatest sport and entertainment events.

The 2019 NRL Telstra Premiership Grand Final on Sunday 6 October will be the 21st consecutive Grand Final played at the Stadium.

Infrastructure NSW, together with Venues NSW – the Government entity that oversees ANZ Stadium – has commenced the planning process for the redevelopment of Stadium Australia and construction is expected to start in mid-2020.

For updates on this project, visit: http://www.infrastructure.nsw.gov.au/projects-nsw/stadium-australia-redevelopment/

What does the redevelopment include?

The redevelopment will deliver:

ALSD International – Europe’s one and only event dedicated to the Premium Seat & Hospitality sector – is coming to Croke Park Stadium in Dublin, Ireland, this October 28-29, where some 50+ high-calibre experts from across Europe and North America will be providing insights on how to increase revenues through new builds, renovations and service expansions, as well as via the latest F&B and technology offerings, to the 250+ attendees from clubs & teams, stadia & arenas, sports & entertainment venues, sports architecture, fit-out & design firms, producers & suppliers, to be in attendance.