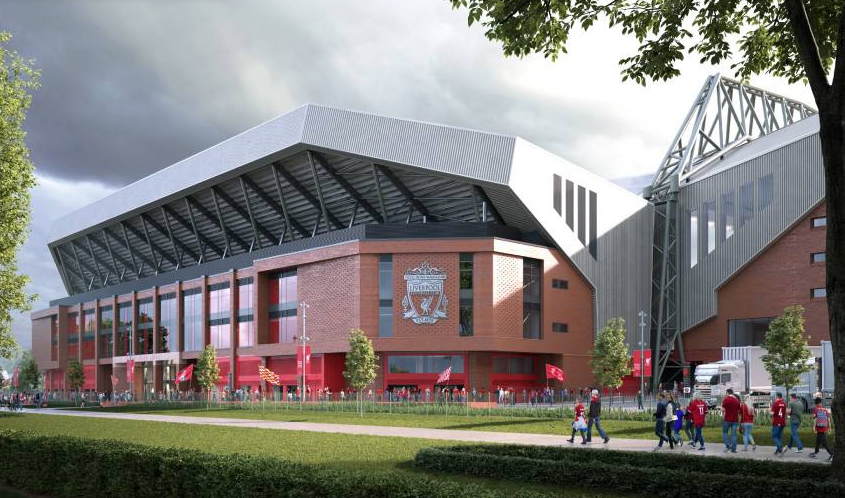 This work involves the precise alignment of steel bolts cast into concrete, which are secured to carefully prepared base plates that are set to an exact level. Twelve Y columns have been installed.

The redevelopment of the Anfield Road Stand, which will add 7,000 seats to the overall stadium capacity, began in late September and is anticipated to be ready for the 2023-24 season.

Take a look at the current phase of the construction in Liverpool Football Club’s video and pictures below. 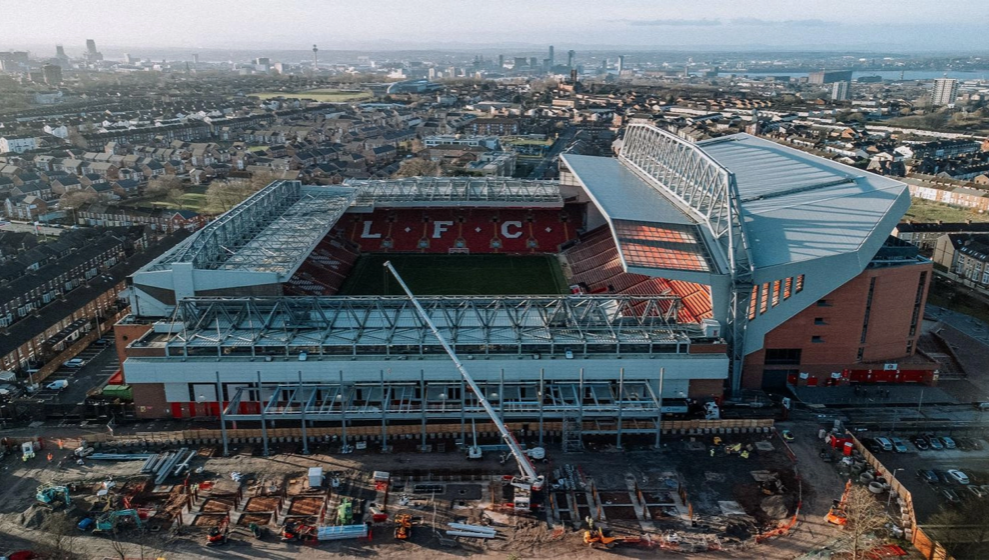 The project was given planning permission by Liverpool City Council in June 2021, with the club also awarded permission to hold up to six concerts and major events at the stadium for a period of five seasons.

The club is working with Buckingham Group Contracting Ltd (Buckingham) as principal contractor on the project, with KSS the architect; making this their third project for LFC, following their work on the Main Stand redevelopment and AXA Training Centre.

When complete, the expanded Anfield Road Stand is expected to create around 400 matchday roles in addition to the 2,200 people currently employed in various operations at each home game, of which 95 per cent are known to live in the Liverpool City Region.

The design of the redeveloped Anfield Road Stand will see the lower tier retained and refurbished with a new upper tier built above it.

As well as an increased capacity, the redeveloped stand will be similar to the Main Stand, with improved concourses and sports bar lounge hospitality facilities. This stand will also see the relocation of the Family Park to a covered position.

Throughout the design process – led by KSS – careful consideration has been given to Anfield’s world-class atmosphere through the development of an acoustic and lighting strategy to match that of the one developed with the Main Stand.

Part of the safe, secure and inclusive design plans will also provide additional pedestrian routes at the back of the expanded stand into Stanley Park, retain the four-stand stadium configuration and character, and include historical design references.