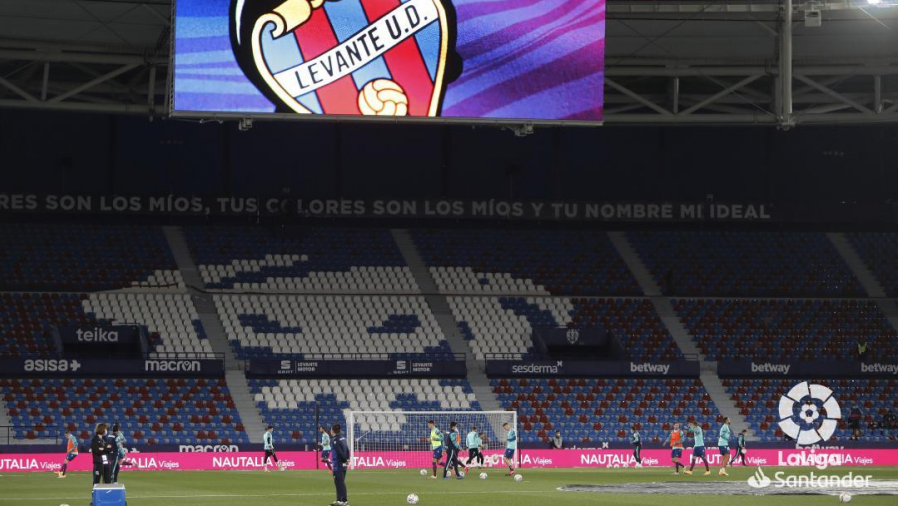 Opened in 1969, Levante UD’s Estadi Ciutat de València is one of the oldest stadiums in LaLiga Santander, however, following new redevelopment works, it now looks like the newest. Despite its size, Levante UD has global ambitions that are reflected in its new state-of-the-art surroundings, which are the subject of a new documentary created by LaLiga.

To help explain how the first phase of the stadium project was carried out, overcoming all of the obstacles that the coronavirus pandemic created, Levante UD and LaLiga have created the ‘City of Dreams’ documentary that is now available to see via rights holders for the competition around the world.

In the 35-minute film, fans can see the various features of the stadium in detail and hear from some of the key figures, planners and architects behind the project, as well as familiar faces like first-team coach Paco López or captain José Luis Morales.

López says in the documentary:

It’s another step forward in the club’s growth.

As part of the stadium redevelopment project, a new roof, new lighting and new video scoreboards have been installed to turn the venue into one of the leading grounds in LaLiga and Europe, one that meets all UEFA and FIFA quality standards meaning it can host international events.

Levante through the years

In addition to covering the new stadium, the film also takes the opportunity to look back on Levante UD through the years, explaining how the club reached Spain’s top tier, how Johan Cruyff played for the team and how they embrace their Valencian identity, interviewing various Levante UD legends to tell this tale.

This continues a recent trend from the club of bringing its long history to life. In 2019, when the club celebrated its 110th anniversary, LaLiga helped spread the news about Levante UD’s Virtual Museum project, which allowed fans to see and read about the major events, anecdotes, milestones, footballers, coaches and presidents of the club.

Levante UD has also appeared in another LaLiga documentary, as head coach Paco López was one of the six stars of the second season of ‘Six Dreams’, a docuseries that follows key figures in LaLiga through an entire season. By offering a global audience an insight into how López and his coaching staff achieved a 12th place finish for the Granotas in the 2019/20 campaign, more and more football fans across the world now have a greater appreciation of the club.

Watch the documentary by clicking on the image below…

LaLiga will be running a panel session at ALSD International alongside a number of club members, including Athletic Club and Valencia CF.