Aberdeen FC Director to step down to pursue European ambition 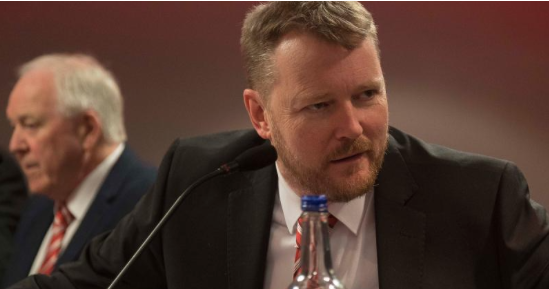 Aberdeen Football Club has confirmed that former chief executive, Duncan Fraser, will step down from his role as a Non‐Executive Director on 22 July 2020.

Duncan, who will also depart his role as a Scottish FA Board member on that day, will be taking up a position as a mentor within UEFA’s Business Development Programme, UEFA GROW, which provides support to all 55 UEFA member associations.

Having trained as a chartered accountant, Duncan joined AFC in 2002, having previously held various treasury and senior commercial roles within the oil and gas sector. With 20 years‐service at Pittodrie, Duncan helped to navigate the Club through many challenging times, playing a pivotal role in assisting the Dons to eliminate all internal and external debt in 2014. He has also served on the Boards of the SPL, SPFL and Scottish FA throughout a distinguished career in Scottish football.

I am grateful to Duncan for his time and dedication throughout his career at AFC. Duncan has not only given his expertise to Aberdeen but in recent times also held an important role as a non‐executive director at the Scottish FA. As co‐chair of the medical and player welfare committee, his experience has been beneficial in enabling us to get back training. We wish him all the best.

In the seventeen years Duncan and I worked together, his counsel and loyalty were unwavering. He helped the Club achieve many of our key objectives, ultimately playing a central role in negotiating the deal that eliminated our debt, something which the Club had been working towards for a number of years.

Duncan was candid with me and never hid his desire to one day serve the game in a wider capacity and I am delighted that he can now achieve that ambition with UEFA, supporting their 55 national associations as a UEFA GROW mentor.

Explaining his decision to step down from both the AFC and Scottish FA Board, Duncan said:

Throughout my time at the Club I always believed I was in a very privileged position and had a responsibility to serve and give my full loyalty and commitment to Aberdeen.

The role of mentoring that I am now pursuing within UEFA will require the same absolute dedication. I will be working through UEFA GROW with football federations throughout Europe to assist in their strategic planning and vision going forward to ensure that we protect the game for future generations in a sustainable way.

I would like to take this opportunity to thank every single member of staff that I have worked with over the years, all of whom have been a credit to the Club. I wish them and everyone connected with The Dons all the very best for the future.