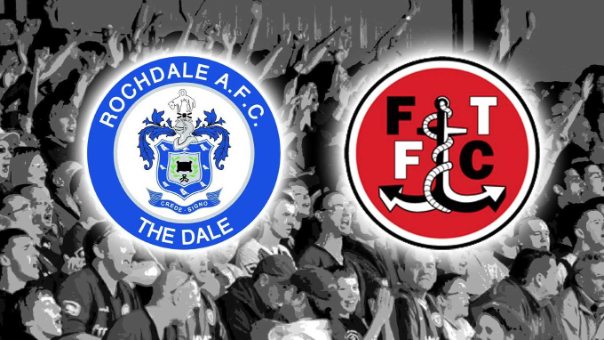 Future Ticketing continues its expansion into English football with the signing of Fleetwood Town FC and Rochdale AFC. The multi-year ticketing partnerships with the cloud-based ticketing operator will commence for the new 2020-21 season.

Future Ticketing has partnered very successfully with 23 professional Football Clubs in Scotland and Ireland over the last three years and an expansion into the English League is the next natural step for us. Our football successes in Ireland, Northern Ireland and Scotland gave us a great platform to expand further in the UK, and so we are delighted that Fleetwood Town and Rochdale have become early adopters of our market leading software.

Our guiding philosophy is to enable our clients to have control, accountability and transparency of their customer relationships and revenue streams. We work with Football Clubs in their digital development of modernising their ticketing system through Data, Analytics, Our open Rest API, Insights and Integrations. We have found both clubs to put their fans at the centre of their plans across all aspects of the customer journey from booking seats to having a great match-day experience at the stadia.

One of the EFL’s most progressive and innovative clubs Fleetwood Town managed by Joey Barton had enjoyed a very successful season prior to lockdown and are strong contenders for promotion to the Championship.

We’re really pleased to announce this new partnership between Fleetwood Town FC and Future Ticketing. Supporters can expect to see exciting changes to the way ticketing is done at the club from the start of the 2020/21 season, as we continue to enhance the experience of fans inside Highbury Stadium.

AFC Rochdale are one of the longest established clubs in the English League and made headlines this season with a great cup run including a draw with Newcastle United under young manager Brian-Barry Murphy.

The priority of Frances Fielding, our Commercial Director, and her team was, and is, to bring the best practice in sport to Rochdale fans. We are really pleased to team up with Future Ticketing, who not only offer sophisticated software but also bring expertise and understanding of digital ticketing and fan engagement from football and other sports.

Our priority is to bring the best practice in sport to Rochdale fans. In particular, Future Ticketing offer the most efficient barcoded ticketing and scanning system, online ticket booking, allocated seating, print-at-home tickets and mobile ticketing on phones and rewards for our loyal fans, members and season ticket holders.

Future Ticketing is a leading provider of digital ticketing solutions to a range of sports events and venues in Ireland and the UK including events, racecourses, football and ice hockey. It is also the ticketing partner to a host of visitor attractions and outdoor shows.

Future Ticketing supplies its software directly to its clients rather than acting as an agent for them. This gives businesses such as football clubs direct contact with their customers and an opportunity to control their customer journey from ticket purchase to entering the stadium.