No.1 Court: More than a supporting act 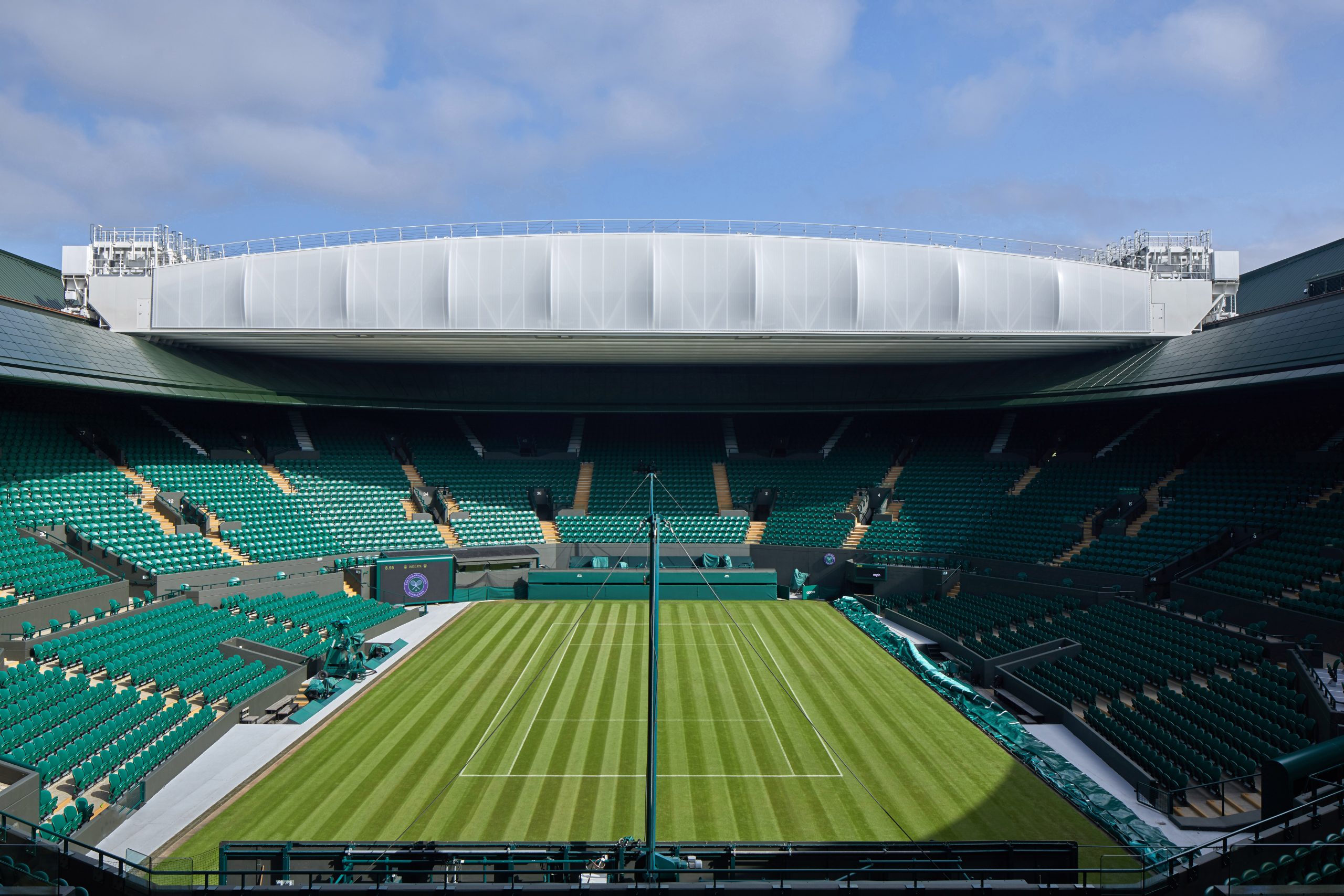 No.1 Court; Wimbledon’s second largest venue, has undergone a number of upgrades since it opened in 1924. Originally, it was attached to the west side of Centre Court boasting a capacity of just 3,250 and featuring an elegant balcony from which the AELTC’s great and good could observe at their leisure.

In 1997, the structure was deemed too small and was demolished. The Millennium Building now stands on the space it once occupied, providing facilities for media, players, Members and Officials – No.1 Court was replaced by a purpose-built 11,432-capacity venue in Aorangi Park.

Over the last three years, No.1 Court has undergone major refurbishment works including new fixed and retractable roofs allowing for uninterrupted play throughout The Championships.

KSS were appointed by the AELTC in 2015 to provide design development and delivery services for the court redevelopment. This also included new state-of-the-art hospitality areas with spectacular views across the outside courts, significant operational support accommodation and the creation of a new external English Garden plaza and food-court.

A central consideration of the No.1 Court redesign was ensuring the right shape of roof opening was created to maximise the natural light levels on the court to support grass growth, whilst also retaining elements of the circular feel and character of No.1 Court – reflecting the iconic design of the original roof.

The complexity of working on an un-compromised sports venue for three Championships prior to completion required a very proactive, highly informed and motivated consultant and contractor team. The importance of very detailed 3D modelling during the design coordination and procurement process was fundamental to reducing risk and ensuring the contractor could meet both the qualitative and programme requirements.

The No.1 Court roof includes 11 steel trusses, each weighing 100 tonnes – two more moving trusses than Centre Court due to the larger roof aperture. Loading each of the prefabricated trusses onto the No.1 Court required a 600- tonne crawler crane, with 300 tonnes of counterweight supported by significant temporary works in the existing basement.

There are some 200,000 bolts holding the steel structure together with a further 4,500 anchors tying the steel structure to the existing concrete Court structure. 7,500m2 of specialist architectural fabric was procured for the roof assembly, enough to cover 38 tennis courts. In all, the No.1 Court project required an average of 80,000 person-hours per month to complete.

Opening on the 10th anniversary of a similar structure over Centre Court, No.1 Court has grown up from the shadows of Centre Court, both literally and figuratively, to rightly stand as one of the greatest tennis arenas in the world.

Debbie Power, Associate Director at KSS and Ros Robinson, Head of Marketing at The FA, discussed the evolution of the premium hospitality experience at Wembley Stadium during last month’s ALSD International 2019 event, where KSS were one of 30+ exhibitors. The duo took the 270+ high-ranking attendees on a development journey in the quest to create unique and compelling matchday experiences for Club Wembley members, featuring the launch of three new spaces for the 2019/20 season.