Training sites on track for FIFA Confederations Cup 2017 in Russia 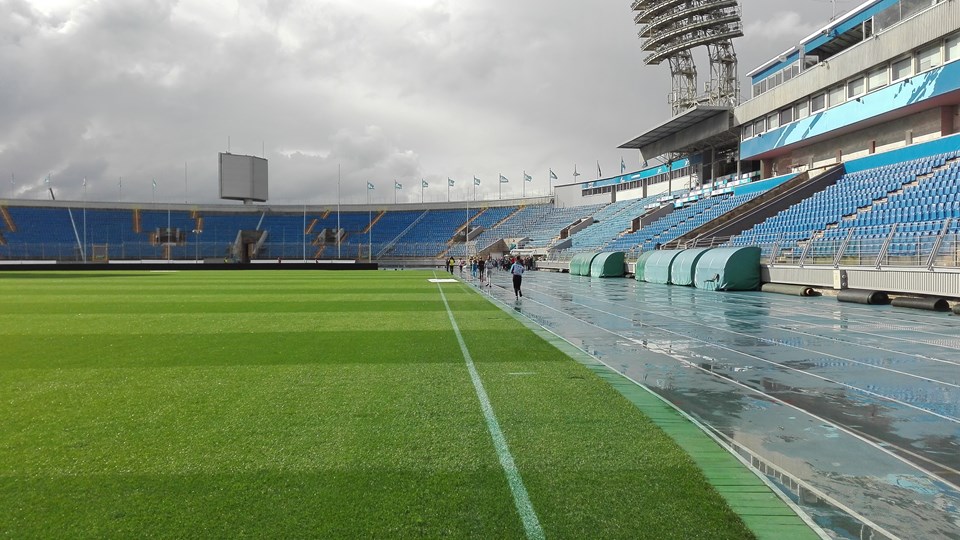 The FIFA Confederations Cup 2017, which will take place in Russia next summer, will be a serious test not only for the stadiums but for the tournament’s training sites as well. The competing teams will apply the finishing touches to preparations at these locations before their matches at the tournament. In total, there are 12 of them, three in each of the host cities: Kazan, Moscow, Saint Petersburg and Sochi. Many are ready to welcome the continental and world champions today, while others are being reconstructed or built from scratch.

FIFA.com details the development of the Confederations Cup training sites and reveals how they will be used after the tournament.

From Kazan Arena to training sites in 15 minutes

Two of the three training sites in Kazan have a direct link to the city’s football club FC Rubin Kazan. The first is the club’s training sites itself, only 15 minutes drive from Kazan Arena, and the construction, which is currently taking place there, is expected to be finished by the end of this year.

The second is Kazan’s Central Stadium, where the biggest club in Tatarstan still regularly perform. Aside from fixtures in the Russian Premier League and the Russian Cup, this arena has also hosted Rubin’s European fixtures, including Intern Milan and Barcelona’s visit in 2009/10 UEFA Champions League.

The third training site, the Elektron Stadium, is currently undergoing renovation, which should be finished in the first quarter of 2017. The plan after the 2018 FIFA World Cup Russia™ is for youth academy players to train here.

A new home for CSKA Moscow

CSKA Moscow’s beautiful new home will be one of the capital’s training sites ahead of Confederations Cup matches at the Spartak Stadium. The CSKA Arena is one of the most modern venues in Russia and has already acquired many fervent admirers among supporters. The second location is the main training site attached to the Spartak Stadium itself. Located adjacent to the stadium, this site is also under construction and is expected to be fully functioning in the first quarter of 2017.

The third training site in Moscow is FC Strogino’s home, situated in a picturesque spot by Moscow River. FC Strogino play in the western zone of the second division in the Russian Professional Football League. The renovation project at this stadium should be finished by the end of the year.

In Saint Petersburg under Zenit’s flag

Two pre-match training sites in Russia’s northern capital are directly linked to Zenit Saint Petersburg. Teams will warm up for contests in 2017 at the Smena Stadium, where Zenit’s academy teams play their home matches, and at the Russian side’s legendary current home, the Petrovsky Stadium. Some of Zenit’s youth academy graduates include such stars of domestic football and the Russian national team as Vladislav Radimov, Andrei Arshavin and Aleksandr Kerzhakov. Considering that Zenit are set to move into the Saint Petersburg Stadium after Russia 2018, the club is involved in practically all the Confederations Cup venues in the city.

The third location is the Turbostroitel Stadium on Metallistov Prospekt, which is a brand-new construction. After the Confederations Cup and World Cup, this stadium will be used for the training sessions of local football academies.

Training on the Black Sea in Sochi

All the pre-match training sites in Sochi, the Confederations Cup’s southernmost Host City, are new facilities: Adler-1, Adler-2 and Park Arena. They are also all situated about 10 minutes’ drive from Fisht Stadium. The first two are located near the shores of the Black Sea, which the competing teams will surely appreciate. The third training site was approved in May this year, and the playing surface was laid almost immediately after this decision. After the tournament, the training sites will be given to the city’s football academies.