Columbus Crew SC has unveiled renderings for its new 20,000 seat downtown stadium. The venue will sit in the heart of the Arena District in downtown Columbus. In addition to serving as Crew SC’s new home, the stadium is set to include the first supporters’ beer garden in Major League Soccer and a brew hall that will be open on non-matchdays.

Beyond the stadium, the project includes a 40,000 square feet outdoor plaza, which will be open to the public on matchdays and non-event days. Current or new Full Season Ticket Members who maintain an active account status for the 2020 Columbus Crew SC season will have priority over the waitlist in selecting seats in the new downtown stadium.

Our goal is for Crew SC’s new downtown stadium to be among the top sports facilities in the nation. We see our new home as becoming an integral part of Columbus’ downtown. Because of this, we are building a modern facility that is rooted in the culture created by our supporters in order to provide an experience that champions soccer in Columbus. The investments and input from The Haslam and Edwards Families have helped shape renderings for a stadium that will become a modern icon in our region and across the country.

The stadium will include a steep seating bowl, designed to put Black & Gold supporters close to the action and provide the best experience for supporters. Similarly, the stadium’s wrap-around roof will provide protection over each stand and amplify the noise back to the pitch, helping enhance the matchday atmosphere.

Crew SC’s new home will be divided into four unique stands, each of which will have its own identity and design that reflects the vibrancy and diversity of Columbus’ urban neighbourhoods. The stands will feature diverse seating and social amenities to enhance the supporters’ experience:

In addition to the open concourse, the stadium will include the following: approximately 34,000 square feet of flexible open club lounge space available for community use; five multi-purpose club lounge areas ranging in size from 5,000-12,000 square feet, which will include a full-service kitchen, club concessions, bars and pantry areas; multiple green rooms to support entertainment rooms; four locker room areas available for use by other teams; approximately 100,000 square feet of playing field grass area which can be used for professional, collegiate and high school sporting events, concerts, fashion shows, and other community events; and approximately 70,000 square feet of covered exterior concourse capable of supporting art displays or food festivals, fairs, flea markets, and many other events.

The stadium’s community plaza and park, located on the Southeast corner of Confluence village, is set to be a 40,000 square feet landscaped outdoor plaza open to the public on matchdays and non-event days. The plaza will fit into the context of the Nationwide Arena district and serve as a complementary open space for new development and current residents in the West Arena District.

Current or new Full Season Ticket Members who maintain an active account status for the 2020 Crew SC season will have priority over the waitlist in selecting seats in the new downtown stadium.

Crew SC is slated to hold a groundbreaking ceremony for its new downtown stadium on Thursday, October 10. The event, which will be open to the general public, is set to take place at the groundbreaking site (650 West Nationwide Boulevard, Columbus, Ohio 43215) of Crew SC’s new stadium and will feature music from DJ AXCESS and food trucks for Crew SC supporters in attendance beginning at 1:00 p.m. ET. Additionally, the first 500 supporters in attendance will receive a commemorative groundbreaking mini-shovel. 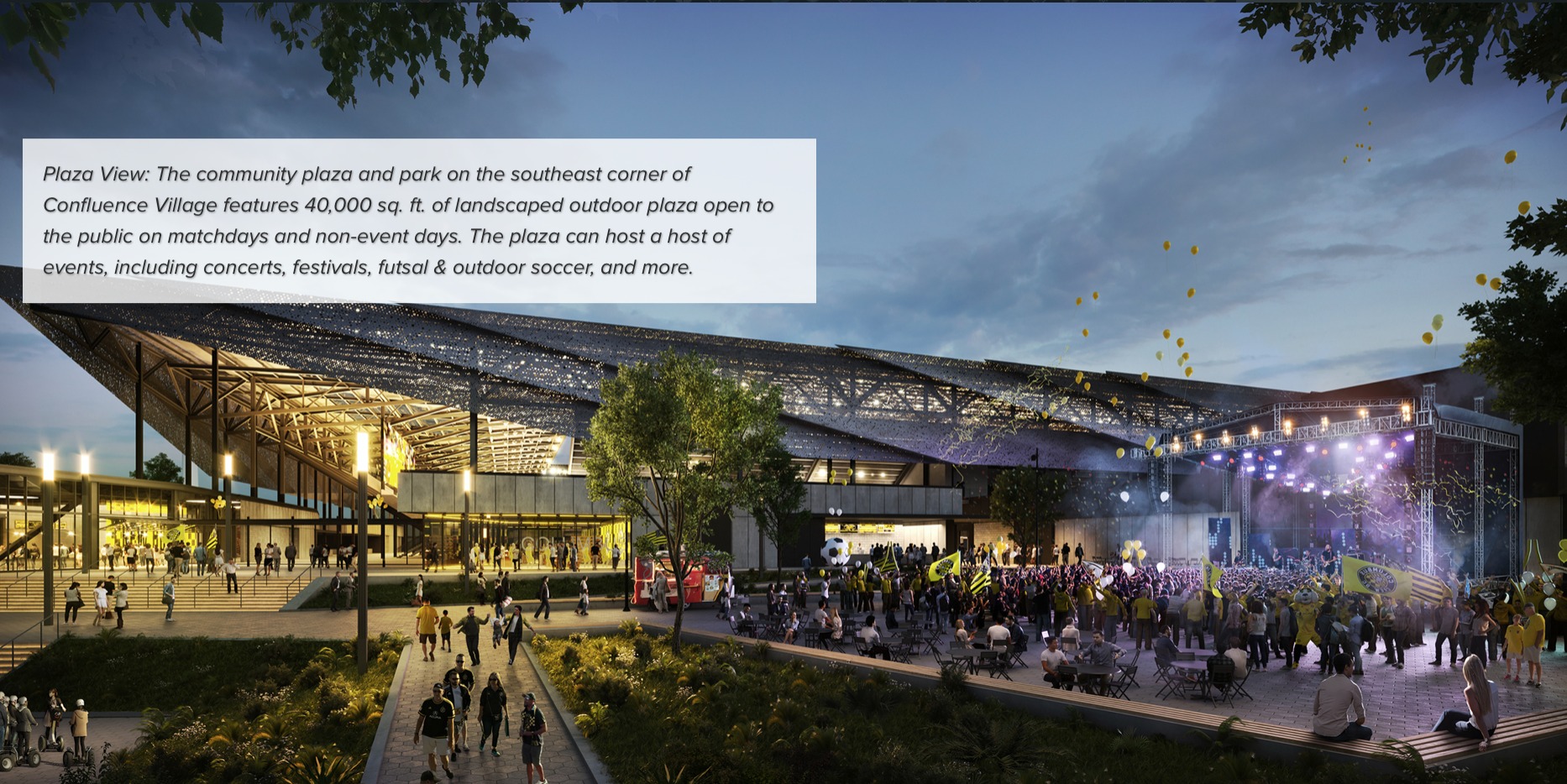 Some 200+ clubs & teams, stadia & arenas, sports & entertainment venues, architecture & design firms, producers & suppliers, are to be in attendance at ALSD International – Europe’s one and only event dedicated to the Premium Seat & Hospitality sector – taking place at Croke Park Stadium this October 28-29, where some 50+ high-calibre experts from across Europe and North America will be providing insights on how to increase revenues through new builds, renovations and service expansions, as well as via the latest innovations in F&B and technological offerings.