Sampson will oversee technology, including its implementation and infrastructure, across SoFi Stadium and Hollywood Park. Additionally, he will oversee the Technology and Broadcast departments, focusing on bringing to life a seamless, connected fan experience through cutting-edge technology, as well as driving strategic efficiencies site-wide.

Travis is a dynamic leader, and his background in developing and implementing venue technologies will be an invaluable asset for our team. His experience and ideas about the future of digital and virtual technologies will grow our business and elevate the guest experience.

The 2022 edition of ALSD International is being hosted at Tottenham Hotspur Stadium this September 19-20. The main focus of this high-level event is optimising revenue through New Builds, Renovations & Service Expansions, with Architecture & Design, Fan Experience, Hospitality, Premium Seating, Sales & Service, Sustainability and Technology some of the key pillars.

During his time with BSE Global, Sampson was responsible for designing and implementing the technology strategy and vision for Barclays Center. He also impacted the guest experience at the venue by collaborating on the development and implementation of the “Netaverse.” The technology was responsible for digitising the player experience in partnership with the NBA, Canon, YES Network and the Brooklyn Nets. 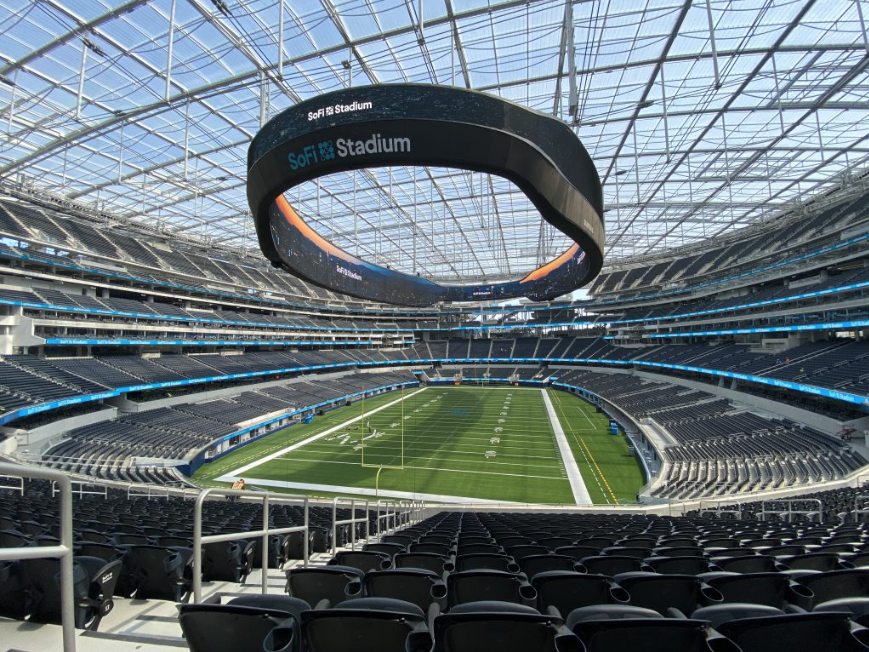 The 3.1 million square-foot SoFi Stadium is the largest stadium in the NFL, as well as the first indoor-outdoor stadium. It seats approximately 70,000, expandable up to 100,000, with more than 260 luxury suites and more than 13,000 premium seats. SoFi Stadium was host to Super Bowl LVI and will host the College Football National Championship Game in 2023, as well as the Opening and Closing Ceremonies of the 2028 Olympic Games.

Adjacent to the stadium and sitting under the same roof canopy is the 2.5-acre American Airlines Plaza and the 6,000-seat YouTube Theater. For more information about SoFi Stadium, visit www.SoFiStadium.com

The mixed-use development is all linked by walkable paseos and plazas and centered around the newly completed 3.1 million square-foot SoFi Stadium, one of Los Angeles’ most striking architectural structures. Stylish residences and a modern open-office campus will complement the entertainment and retail district, creating a world-class destination for both local and international guests. Located just six miles off the coast, a short drive from LAX and the City of Inglewood’s future Crenshaw/LAX Line, Hollywood Park is poised to become an iconic global destination for millions to enjoy. For more information, please visit www.hollywoodparklife.com