KSS kicks off collaboration with developers of Baltic Sport Village

Baltic Sport Group, the cooperation partner of Riga Football Club (Riga FC SIA) and developer of the Baltic Sport Village – a sports infrastructure project in Piņķi – are collaborating with KSS, the leading European architecture and design practice of sports venues and facilities, whose leading architects and designers have participated in high-profile projects including the redevelopment of Anfield and the new AXA Training Centre for Liverpool Football Club, among others.

KSS believes that Latvia has the potential to become the leading Baltic state in providing elite football training centres and stadiums.

SIA Baltic Sport Group is developing and creating what will be the largest and most modern private football sports base in the Baltics, with an expected construction cost of €50m.

The base, named the Baltic Sport Village, will be not only be a training and game venue for both young and experienced Latvian athletes, but also a potential venue for holding competitions and training camps for foreign club members.

In the designing and developing of the infrastructure, Baltic Sport Group has engaged KSS, the leading European sports venue and facilities architecture and design company, which plans to complete construction of the Anfield Road Stand by 2023, bringing Liverpool FC’s home ground to 61,000 seats, making it the fourth largest stadium in the English Premier League.

First of its kind

The KSS project in Piņķi is its first facility of its kind in Eastern Europe, however, the company has completed several international projects, including in Stade Océane, home to Le Havre AC in Le Havre, France, the Sammy Ofer Stadium in Haifa, Israel, home to Maccabi Haifa and Hapoel Haifa, as well as projects in Slovenia, Belgium and Portugal.

We are also pleased to have been involved in the design of Ahmed Bin Ali stadium in Al-Rayyan, Qatar, which will be the main venue of the 2022 FIFA World Cup Qatar™.

In developing the conceptual design for the Baltic Sport Village project, KSS had several sources of inspiration, including the Krasnodar Stadium Park in Russia.

According to KSS, Latvia could become the leading Baltic state in providing elite football training centres and stadiums, as Simons highlighted:

These venues provide Latvia with the infrastructure for further development of both domestic and foreign talents. The development of projects such as Baltic Sport Village is the main starting point to help Latvia achieve this goal.

Furthermore, KSS is convinced that Latvia has the potential to compete with the English Premier League teams, as Simons outlined:

Latvian clubs such as Riga FC continue to compete in the UEFA Champions League and European League qualifying phases every year. In this case, it is truly possible that, in the near future, we will see a Latvian football club competing with an English Premier League club. 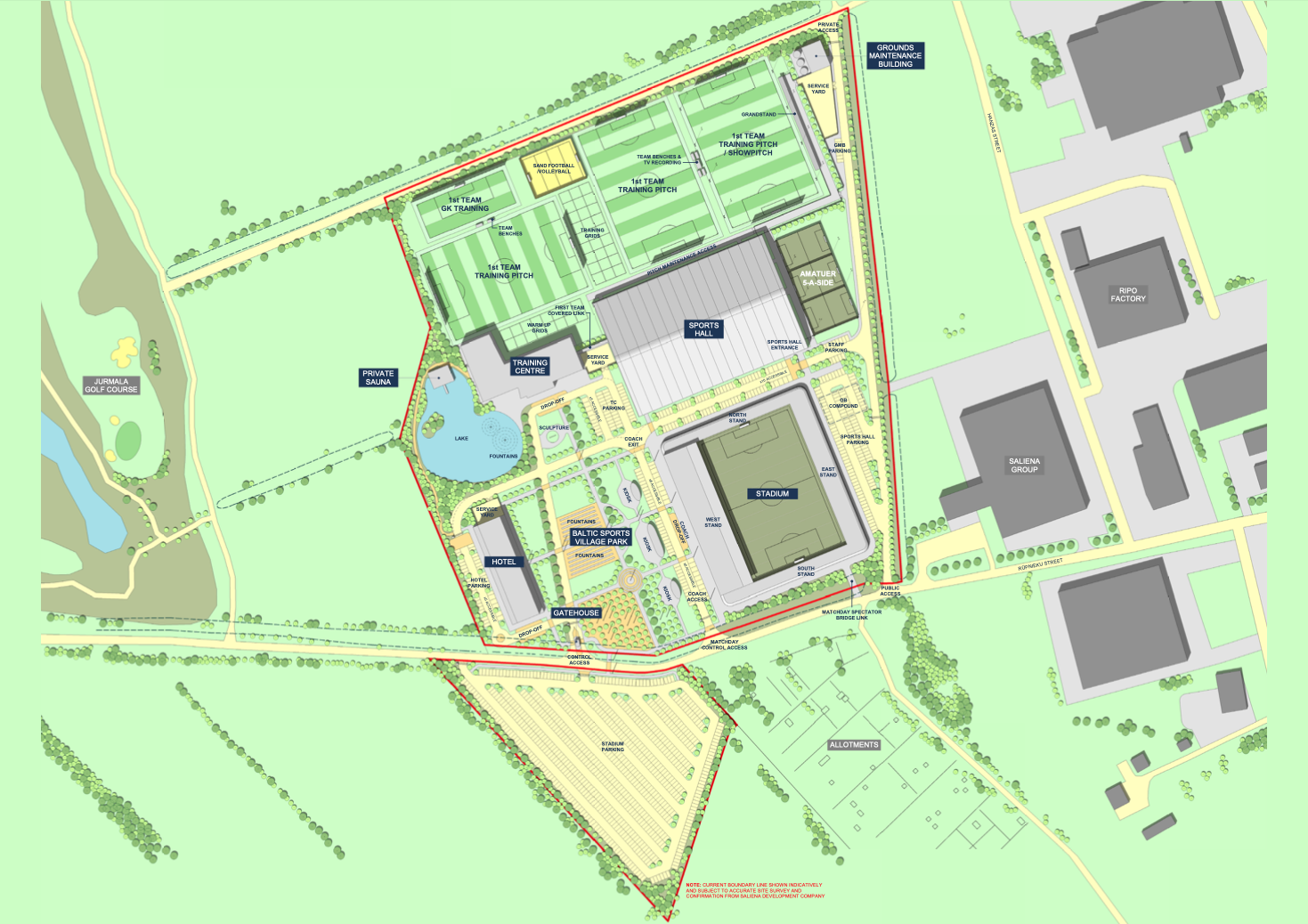 KSS is a longstanding VIP Sponsor of Sports Venue Business. For more information on their industry-leading services and body of work, click on the banner below…