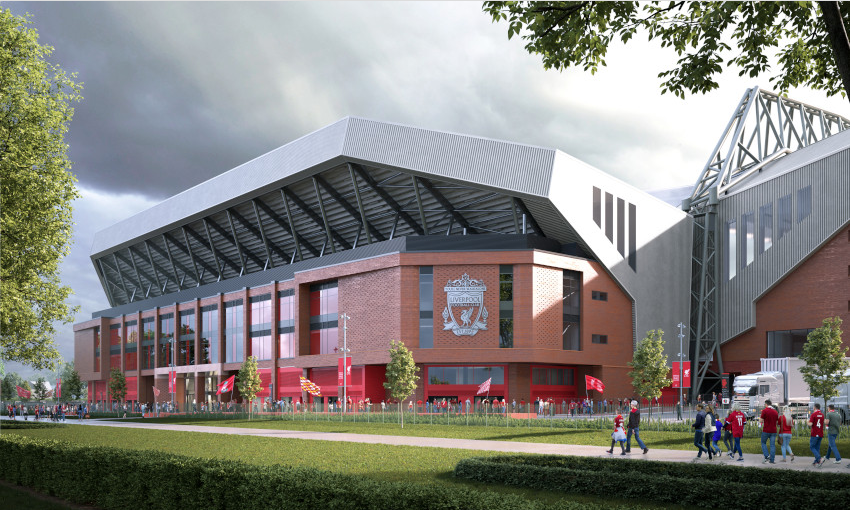 As part of the application, Liverpool Football Club has also been awarded permission to hold up to six concerts and major events at the stadium for a period of five years.

The plans for the proposed Anfield Road Stand were the subject of two stages of public consultation with local residents, businesses, fans and stakeholders.

The first stage included the permanent closure of a small section of Anfield Road, in line with the original planning permission granted in 2014. After listening to feedback on this option, the club made changes to the plans.

A second stage of consultation was held in February 2020, where the club presented new and updated plans to keep Anfield Road open, with the road re-aligned around the footprint of the proposed expanded stand.

This is a huge milestone in our journey towards bringing more supporters into Anfield. We underwent a rigorous two-stage public consultation period during the planning process for this project and I would like to thank everyone who has offered a contribution to that.

We have been clear from the beginning that this expansion would be based on our ability to successfully navigate the complex planning landscape; our ability to gain cooperation of local residents and the community; and our ability to ensure the project is financially viable.

In what has been a very unpredictable year, we are seeking certainty in order to progress with this project and there are still some steps we need to take to get there.

Liverpool Football Club will be hosting the 2021 edition of the ALSD International conference and exhibition in the new Main Stand this September 6-7, with both club and design team personnel from KSS sharing insights on the stadium redevelopment plans. Billy Hogan, CEO, LFC is one of some 50+ speakers.

Place North West reported that the intention of Liverpool Football Club’s US owner, Fenway Sports Group, is that the project will be completed within two close season periods, with the existing stand remaining in use while the new stand is constructed behind.

ALSD International provides year-round insights and key learnings around increasing revenue through New Builds, Renovations and Service Expansions, with a focus on Premium/VIP Seating, Hospitality, F&B, Technology and Reopening, Rebuilding & Recovery. For more information, click on the banner below…