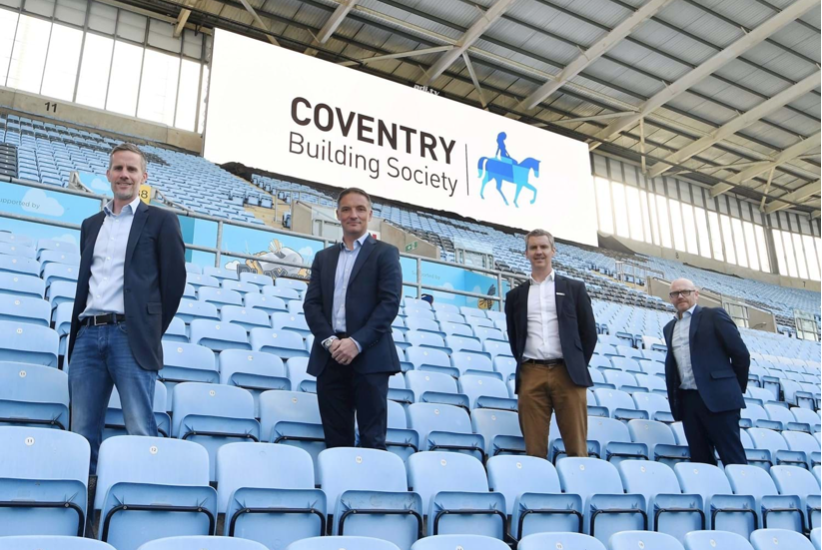 A landmark naming rights deal has been struck for one of the UK’s leading multipurpose sports, business and entertainment venues based in the Midlands.

The sponsorship by the UK’s second largest building society, one of the country’s top ten best employers, underlines the organisation’s commitment to Coventry and the wider region, and its desire to put the Coventry name firmly on the national map.

As part of the first change of name to the venue since it opened in 2005, the Coventry Building Society brand will be prominent inside and outside the venue, and the agreement will see the two organisations working together to develop and deliver programmes for the benefit of the wider local community.

The Coventry-based venue is the home of Wasps Rugby and Wasps Netball – and the major sponsorship agreement comes as the venue prepares to welcome back Coventry City Football Club in August, before hosting a Rugby League World Cup clash in October, as well as being part of Coventry UK City of Culture and next year’s Commonwealth Games.

Stephen Vaughan, Wasps Group Chief Executive, said completing such a major deal underlined the appeal and ambition of the venue:

We are thrilled to be joining forces with Coventry Building Society as we embark on a hugely exciting period for the venue with the imminent return of Wasps and Coventry City supporters, along with the reopening of our conferencing, event facilities and hotel.

This is far more than simply a naming rights deal – we absolutely had to ensure that we united with an organisation that shares our vision for the arena and our values around what we want to deliver in the wider community. Coventry Building Society’s plans underpin ours in so many ways, so the fit is really strong and we will put the arena and its fantastic facilities at the heart of our plans.

Coventry Building Society, like our venue, has strong local roots and a national reach, and we are looking forward to supporting each other over the coming years. It is an exciting time for the venue and we are thrilled to be sharing it with such great people and an iconic business.

On behalf of the venue I’d also like to place on record my sincere thanks to Ricoh, who have been a brilliant sponsor and partner over the years, and we look forward to continue working with them in the future.

This is a fantastic partnership for us, for Wasps and for the city of Coventry. Two of the biggest brands in the area joining forces shows our commitment to the city and it comes at an exciting time when UK City of Culture and the Commonwealth Games brings Coventry into the international spotlight.

The Coventry Building Society Arena puts our name on the map and will raise our profile across the UK. We already have more than two million members, but this is a statement of intent that shows we want to grow further and help many more people achieve their financial aspirations.

Coventry Building Society and Wasps already work to support local communities in Coventry and Warwickshire. By joining forces, we plan to make the Coventry Building Society Arena a focal point for the community, bringing together people and organisations across the city to make a positive difference to everyone who lives here. The arena is not only a top class venue for sport, music and business events, it’s also a Coventry landmark.

Many of our members and our colleagues are proud Wasps and Coventry City supporters. I hope that they’ll be excited to see our name on the stadium and see this partnership develop over the next ten years.

Coventry Building Society is the perfect fit as a new naming rights partner. They are committed to excellence in customer service, care passionately about the culture of their business and understand the vital role they have to play in making a difference to the communities in which we live and work.

These shared values will allow us to create a unique partnership for the benefit of everyone – members, supporters, customers, employees and local residents.