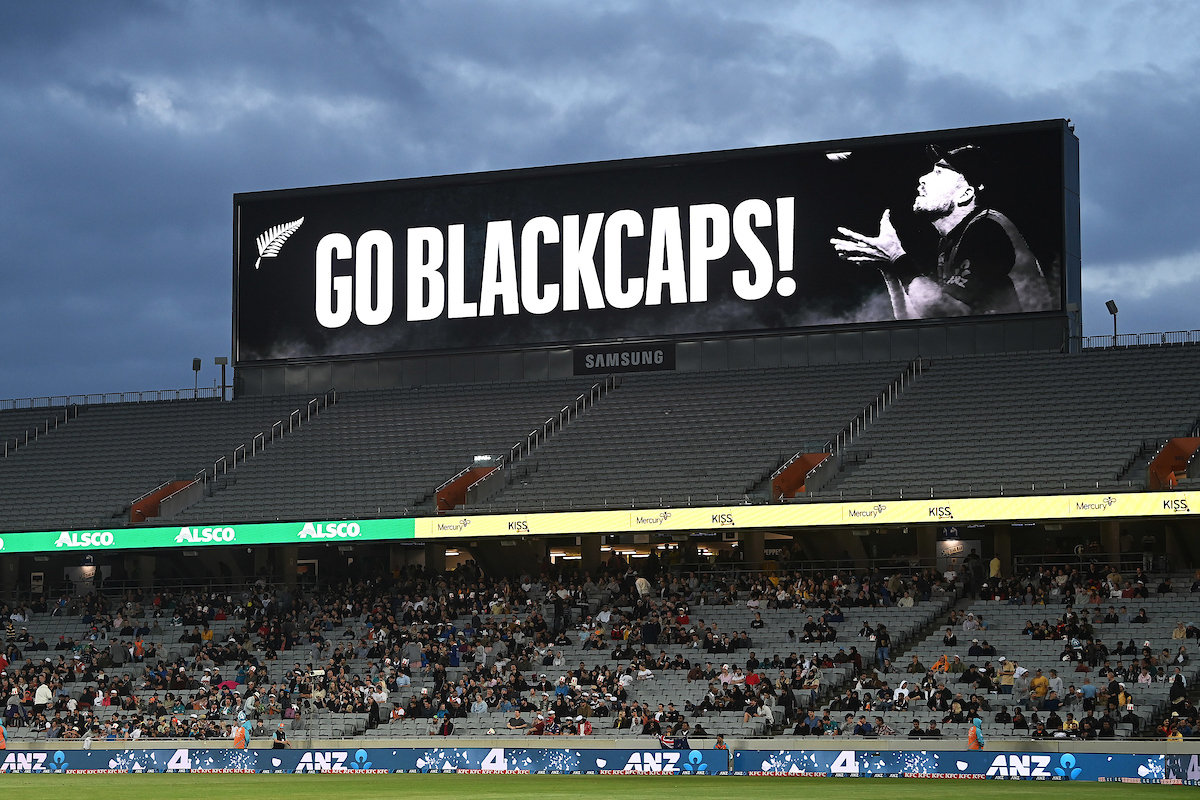 Samsung’s ongoing technology relationship with Eden Park is running strong with the two combining forces to significantly improve the stadium’s visual infrastructure through the addition of a game-changing digital super screen.

Rising above the East Stand now sits a new Samsung LED super screen to rival many international sport and performance venues. With over 330 square metres of viewable screen and over 40 metres in length, this showcase of technology is the largest of its kind in New Zealand.

Eden Park says working closely with Samsung has allowed the stadium to enhance its offering by adopting new technologies now and into the future. The centrepiece will allow dynamic entertainment, including celebrating the local community in upcoming content.

New Zealand’s national stadium is a community asset that is home to 118 years of history and endless unforgettable memories. The fan experience continues to evolve and we’re committed to staying at the forefront of this shift through key relationships with renowned global brands like Samsung. The installation has already brought colour and excitement to the stadium atmosphere and we look forward to continuing to bring stories and brands to life.

Samsung has previously installed advanced LED signage in the East and West Stands, allowing technology enhancements such as dynamic and customised messaging for partner activations and event integration.

Eden Park Chief Executive Officer, Nick Sautner, will be giving a keynote at the upcoming ALSD International – Virtual event, being held March 15, and also at the main hybrid event, being hosted by Liverpool Football Club at Anfield September 6-7.

In 2019, Samsung transformed a community lounge in the stadium’s North Stand to provide a full makeover, which included the latest in appliances and audio-visual products and the area being renamed the ‘Samsung Community Hub’. Additionally, Eden Park’s Staydium Glamping domes are fitted out with the latest Samsung entertainment and audio-visual technology to ensure a seamless stay in the popular tourism attraction.

The ever-changing landscape of sport and entertainment, and increased competition for discretionary spend, challenges us to deliver interactive experiences to complement the action on the field and Samsung has been integral in this process.

As part of the strategic partnership, Eden Park has been used as a pilot site for Samsung’s newest innovations to showcase its technology in situ to both local and international management and industry leaders, as well as utilising a corporate suite as an apartment-style demo space.

Eden Park is New Zealand’s national stadium and a globally iconic arena, located in central Auckland. With 118 years of history, the Park has hosted some of the world’s most memorable sporting moments from cricket, to rugby, to rugby league and football. A range of other community initiatives and events are also hosted throughout the year.

Eden Park Trust operates as a statutory not-for-profit body corporate, registered as a charitable trust with the Charities Commission. Its objectives are to promote, operate and develop Eden Park as a high-quality, multi-purpose stadium for the use and benefit of rugby and cricket, as well as other sporting codes and other recreational, musical, and cultural events for the benefit of the public of the Auckland region.

Each year, more than half a million sports and entertainment fans from around the world visit Eden Park. The stadium successfully hosts sell-out crowds of up to 50,000 on match days and hosts more than 1,000 non-match day functions per year. A range of community initiatives are also hosted throughout the year including the likes of The Lifewise Big Sleepout, Auckland City Mission Christmas Appeal, Walk for Awareness (SNAP Fitness – Mental Health), Japan Day, NZ Eid Day, The World’s Biggest Bootcamp, Eden Rugby HolidayClinic, Field of Dreams, The Block NZ: Firehouse, Learn 2 Ride (Auckland Transport) and the Eden Park Dog Walking Club, as well as local school assemblies and duathlons.