HomenewsFeaturesCase StudiesQatar 2022 stadium in Al Rayyan unveiled to the world

Qatar 2022 stadium in Al Rayyan unveiled to the world 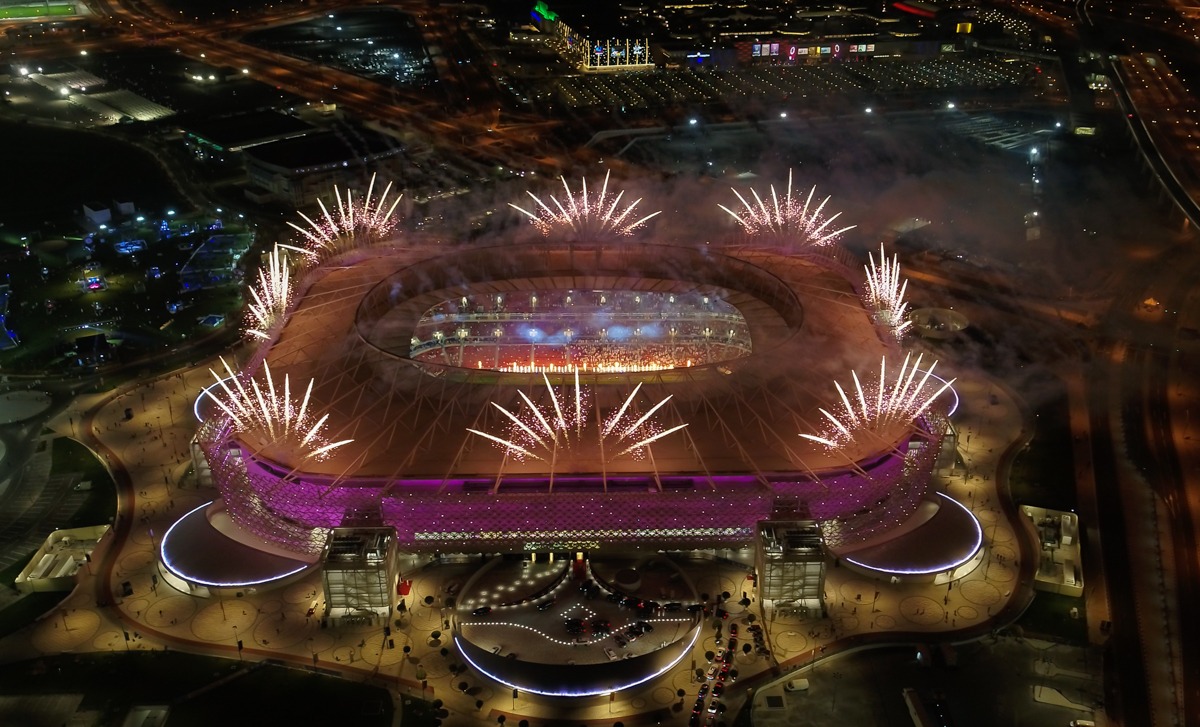 The 40,000-seat Ahmad Bin Ali Stadium hosted the final of the Amir Cup last week, the Qatar Football Association’s showpiece match, after several successful test events last month. Al-Sadd were crowned champions at the new Stadium, known as the ‘gateway to the desert’.

Al-Sadd won the match 2-1 to claim the plaudits for the 17th time in front of a socially distanced crowd of 50% the stadium’s capacity and are now guaranteed a place in the 2021 AFC Champions League.

The stadium – which will become the new home of Al Rayyan Sports Club – follows Khalifa International, Al Janoub and Education City in being declared ready to host the first FIFA World Cup in the Middle East and Arab world.

Among the dignitaries in attendance was FIFA President, Gianni Infantino, who praised the SC for the successful completion of another Qatar 2022 tournament venue:

Ahmad Bin Ali Stadium is a wonderful venue for football. The atmosphere is incredible, with the seats extremely close to the pitch. Even with a socially-distanced crowd, I could feel the passion for the game. I am sure this will be a perfect football arena in 2022 when it hosts matches during the World Cup. I would like to congratulate Qatar on the completion of this latest World Cup project. The country is very well prepared for the next World Cup and on track to host a memorable version of the tournament – the first in the Middle East and Arab world, and the second in Asia.

Star in the ascent

The opening of the Stadium marks a significant milestone in Pattern Design’s rise in Sports Architecture. Having recently completed Education City Stadium, another 45,000-seat venue, Pattern now boasts one of the most impressive and current FIFA stadium portfolios.

Pattern originally won the project through design completion in 2013. Since then, it has worked on the project as the Architect, Masterplanner and Lead Designer, initially with Ramboll, and then supporting the Main contractor, Al-Balagh and Larsen & Toubro Limited Joint Venture (ABLT) during the construction. 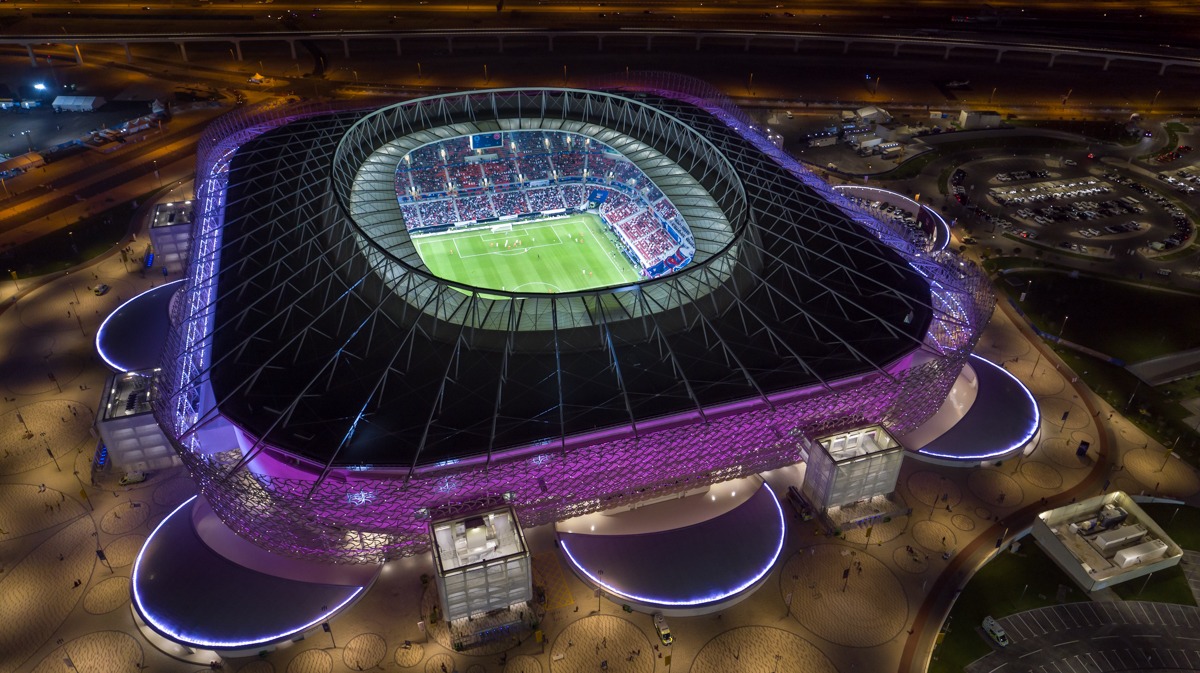 Eyes on the Prize

Built on the site of Ahmed Bin Ali Stadium, the new Al Rayyan venue incorporates symbols of Qatari culture into its elegant and ornate façade, offering a contemporary interpretation of traditional Naquish patterns specific to Qatari culture. The façade reflects Pattern’s interest in how local cultural symbols can be reimagined for contemporary use with a universal appeal.

The façade was designed using cutting-edge parametric design tools to perform an important role in passively cooling the building. A sophisticated passive aerodynamic control system ensures the cooled, open-to-air bowl maintains the cooled environment even under the most intense shamal winds.

The Gateway to the Desert

The Stadium has been coined ‘the gateway to the desert’ and reflects the unique landscape around it. The external ‘dune’ concourses – accommodating concessions and spectator facilities – draw their inspiration from the undulating desert to the west of the site.

The result is a landmark for Qatar, one that works effectively both as a world-stage for sport and something that is genuinely meaningful and welcoming locally.

From the beginning of the project, Pattern has worked with the SC to design and construct every part of the Stadium and precinct sustainably. After the 2022 FIFA World Cup Qatar™, almost half of the Stadium’s seats will be removed and given to football development projects in the developing world. As a Legacy use, the Stadium will then become home to one of Qatar’s oldest clubs: Al Rayyan SC. The smaller post-tournament ground will enable Al Rayyan SC to maintain its renowned intimate and neighbourly character.

We at Pattern are proud to have brought this incredible project from the earliest concepts to the fully realised and iconic Stadium we see today. The building embodies Pattern’s approach to architecture that responds to climate and culture in a sustainable way. We are delighted with the result, and are thankful to have worked with the SC and ABLT to deliver the bold vision we initially set out almost eight years ago.