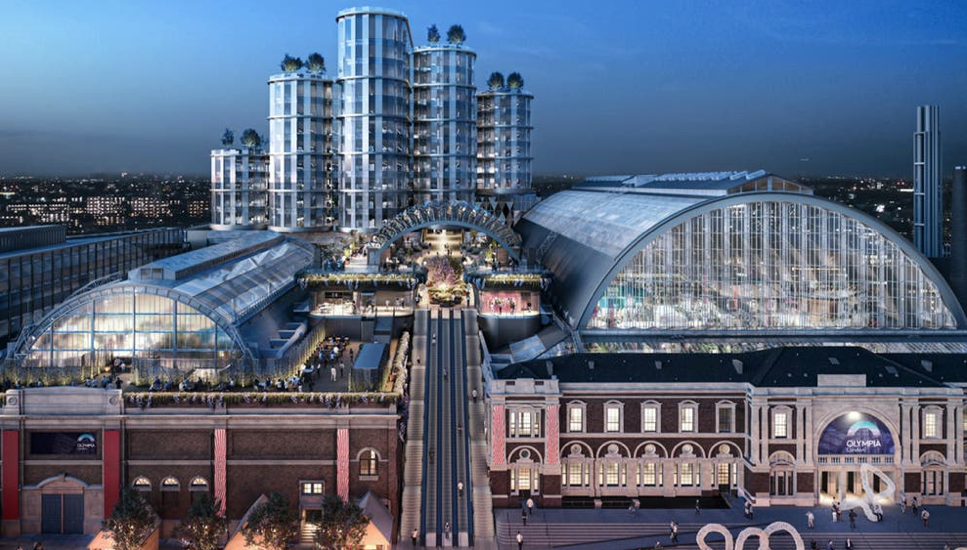 Olympia is set to return to the rock concert circuit after it was revealed that the £1.3bn overhaul of the exhibition centre will include a 4,400-capacity live music venue, reports the Evening Standard’s Jonathan Prynn.

Many of the biggest names in music appeared at Olympia during its heyday including Jimi Hendrix, Rod Stewart, Pink Floyd, Status Quo, Procol Harum, The Cure and Primal Scream.

It has hosted few major music events over the past decade, although rap star Skepta performed a sellout show there last year.

Olympia London owners Yoo Capital and Deutsche Finance International said they have signed a deal with live entertainment company AEG Presents UK, which promotes events such as British Summer Time at Hyde Park, and the Coachella festival in California, as well as artists such as The Rolling Stones, Ed Sheeran and Elton John.

This is a very exciting opportunity. Olympia is steeped in British music history as far back as Jimi Hendrix in the 60s. AEG Presents are delighted to be part of the new development and we plan to create more iconic shows for London audiences.

The new venue will be built above the existing west exhibition hall and will be the biggest in west London, overtaking the Eventim Apollo, which has a seated capacity of 3,341.

In further project news, the operators of the two hotels at the complex were named as citizenM and Hyatt Regency.

It is envisioned that the music venue will be the centrepiece of the new £1.3bn culture, entertainment and business development at Olympia due to open in 2023, creating a world-class district of creativity and innovation. The development will boast a four-screen arthouse cinema, a 1,500-seat theatre, restaurants, shops, cafés, hotels and 550,000sqft of office and co-working space.

AEG said in a statement:

This announcement represents AEG’s commitment to growing live entertainment in the UK. AEG’s award-winning AEG Europe Global Partnerships team will oversee all of the naming rights and partnership opportunities for our new music venue, as well as the entire Olympia campus on behalf of the developers.