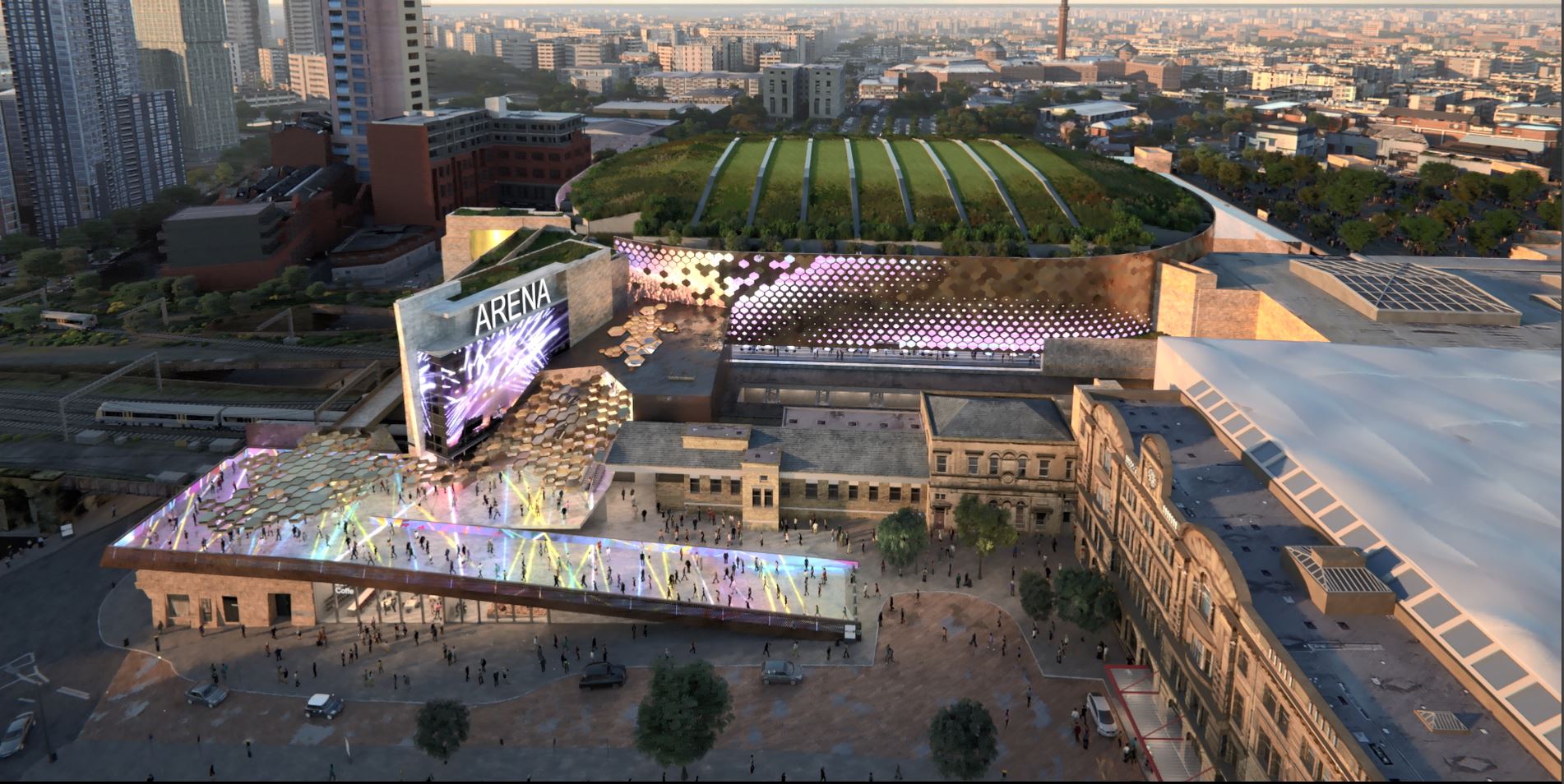 ASM Global, operators of Manchester Arena, have unveiled more details of the vision for its transformative redevelopment. The iconic venue is marking its 25th anniversary this year and has been working on plans to celebrate the people, communities and businesses that have made it one of the world’s most successful venues.

Our plans will reimagine the whole customer experience at the venue, with a new exterior, a completely remodelled entrance sequence, additional concourse circulation space and some great new VIP experiences. We plan to embed sustainability into every aspect of the redevelopment, as part of our mission to become one of the lowest carbon venues in Europe. We’re currently consulting with our neighbours and the City Council, and we look forward to launching public consultation to welcome input from the rest of the city.

We will increase capacity of the venue to 24,000 by creating new entrances and exits, to bring more people to shows while ensuring safe and speedy entry and exit to events. Our plans are consistent with existing planning policy and support regional economic strategy, including many of the recommendations made within The Greater Manchester Music Review.

Most importantly, we will focus on our role at the centre of the recovery of the city centre economy, alongside ongoing investment in our community. We’re working on plans for a state-of-the-art music therapy hub with one of our key charities, Nordoff Robbins, to enrich local lives through the power of music education in a new community centre at our Arena. We’re honoured to have been part of the fabric of this City for 25 years, and we urge our friends, fans and visitors to support our redevelopment and protect the future of one of the best connected, most successful arenas in the world.

To find out more and to make a donation, visit here.

Tom Lynch, Director of Business Development, ASM Global, is one of 45+ industry experts confirmed to share insights at the 2020 edition of ALSD International – the first hybrid edition of the leading event for the Premium Seat & Sports Hospitality sector – being held in the New Main Stand at Liverpool Football Club’s Anfield Stadium October 12 & 13, with virtual elements to run in tandem. 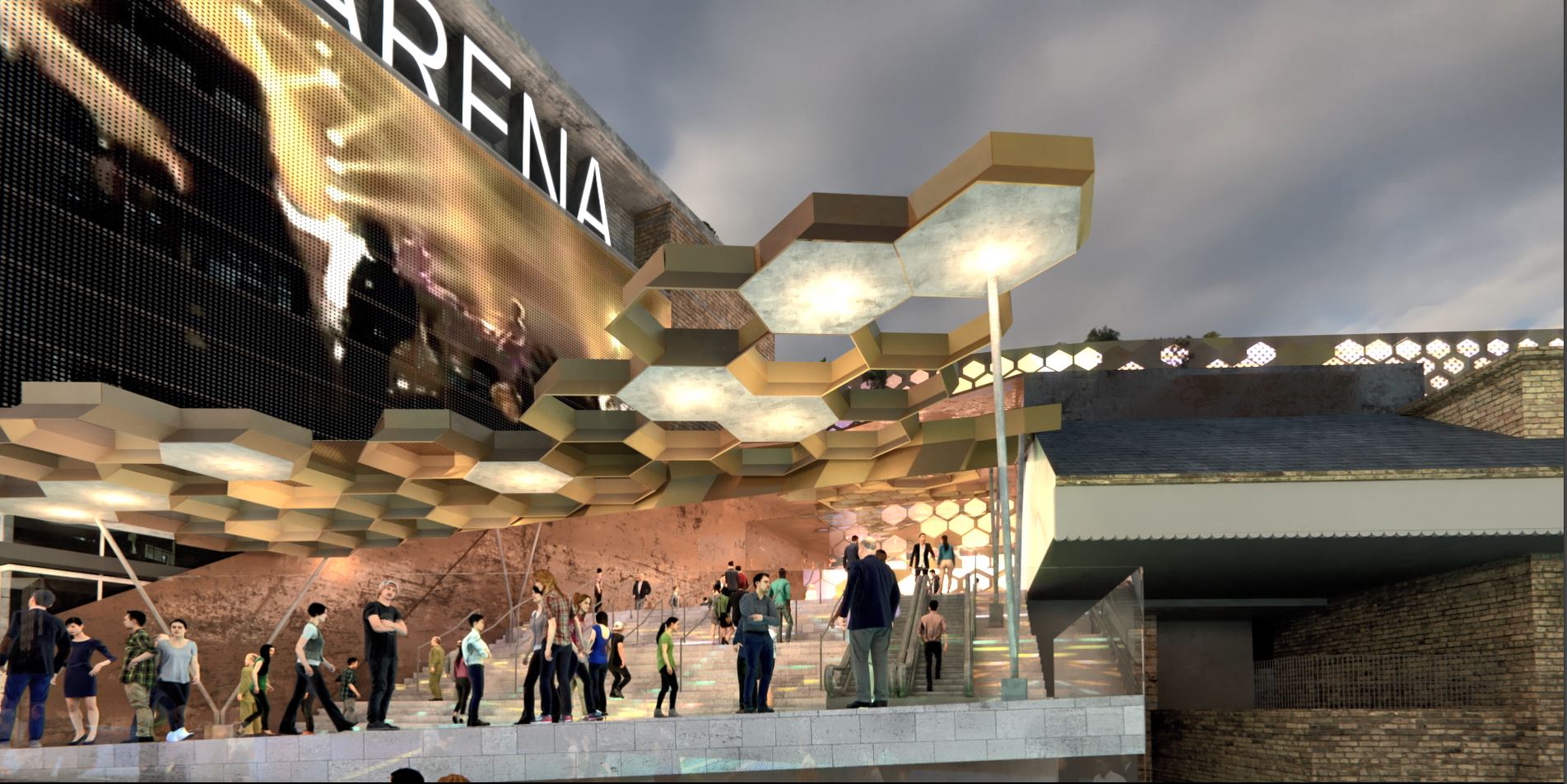 As more details of the plans to futureproof Manchester Arena emerge, there are increasing concerns about the impact proposals for a second large-scale arena in Manchester would have on the existing venue and city centre trade, at a challenging time for many businesses.

Manchester Arena sites independent analysis from international economists Charles River Associates (CRA) that has found flaws in the evidence supporting the planning application submitted by Oak View Group. Whilst the planning application states that Manchester can sustain two 20k+ arenas, CRA’s analysis shows this is entirely at odds with historical data and that growth projections are completely unrealistic: “Current events coming to Manchester would not support two venues of this size. Dividing the current ‘pie’… would mean one or both venues would be unable to break even.”

CRA’s analysis also found that Manchester is already better served per capita than most of the UK’s other large cities, including Birmingham.

Independent research conducted by Grant Thornton and Oxford Economics in 2019 showed that two 20,000+ capacity arenas in Manchester are not sustainable, and would drive events and footfall to an out of town location, with a negative impact to the city centre economy.

The Manchester Arena currently makes a significant contribution to the city centre, providing over 2,200 jobs and helping to stimulate the local economy. Our analysis shows that a new out-of-town arena would put this at risk and have a knock-on effect to the success of the city centre as visitors are pulled away and spending levels decrease.

Further analysis from Air Quality Consultants and transport consultants Blacc has also raised a number of concerns related to the city’s air quality and transport network. Find out more here. 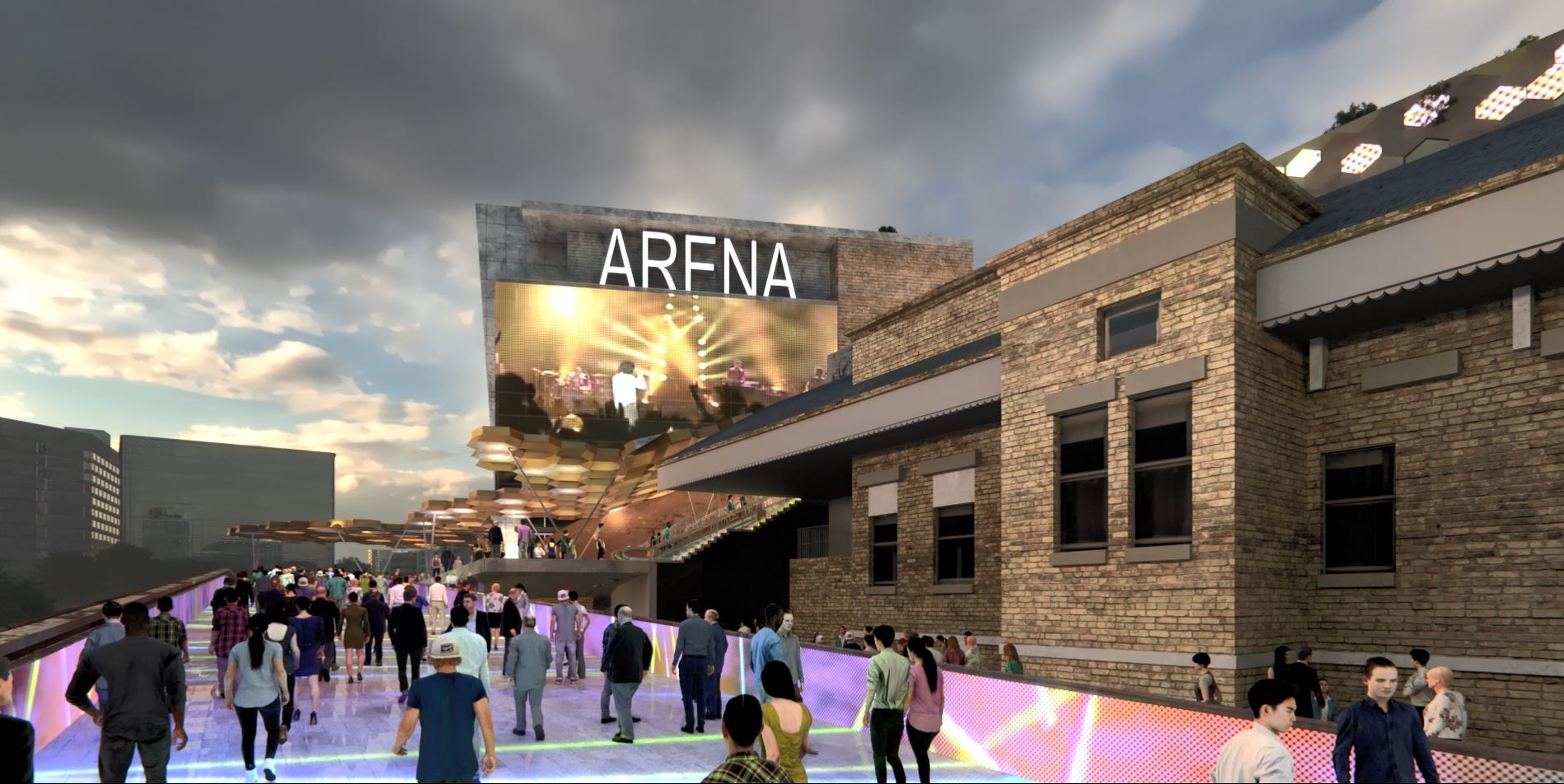 Jeremy Roberts, co-founder of Living Ventures, owners of Australasia, Grand Pacific and founders of The Oast House and The Alchemist, said:

Now is not the time to destabilise our city centre’s hospitality trade, and I, along with many other local business owners, are deeply concerned by the proposal’s inclusion of significant food & beverage space. We were assured this proposal would encourage more visitors and trade. Instead, it is clear it will simply act as an out-of-town competing offering.

Manchester Arena plays a key role in our city’s ecosystem, providing footfall for many local businesses. Right now, the city centre needs confidence and must protect its existing bars and restaurants. We ask that Manchester City Council consider the impact this development would have on the city centre, in line with its own planning policy. Please listen to the concerns of the local businesses who contribute to such a vibrant city.

Manchester Arena is key to the footfall of the City Centre and its vibrancy, which is a cause we’re all concerned about. We can’t let footfall continue to leave our high streets – they’re the soul of our city.

DTZ Investors, on behalf of Printworks and King Street, said:

With many long-standing city centre businesses struggling, we must stand together and protect our existing offering. The relevant authorities must consider all evidence in the context of the National Planning Policy Framework – which seeks to protect city centres – and come to a proper decision on whether a scheme of this scale is justifiable. The picture so far suggests that the negative impact to city centre commerce, leisure and hospitality will be far reaching.

We believe it is in everyone’s interest to protect and support the recovery of the city centre. The basis of the Eastland Arena application was written before the full scale of the economic impact on Manchester was understood. We would urge the relevant authorities to carefully consider how to ensure the vitality and viability of the city centre, which reflects the economic reality on the ground. As such, we believe a full retail and leisure impact assessment of a scheme of this size is needed. 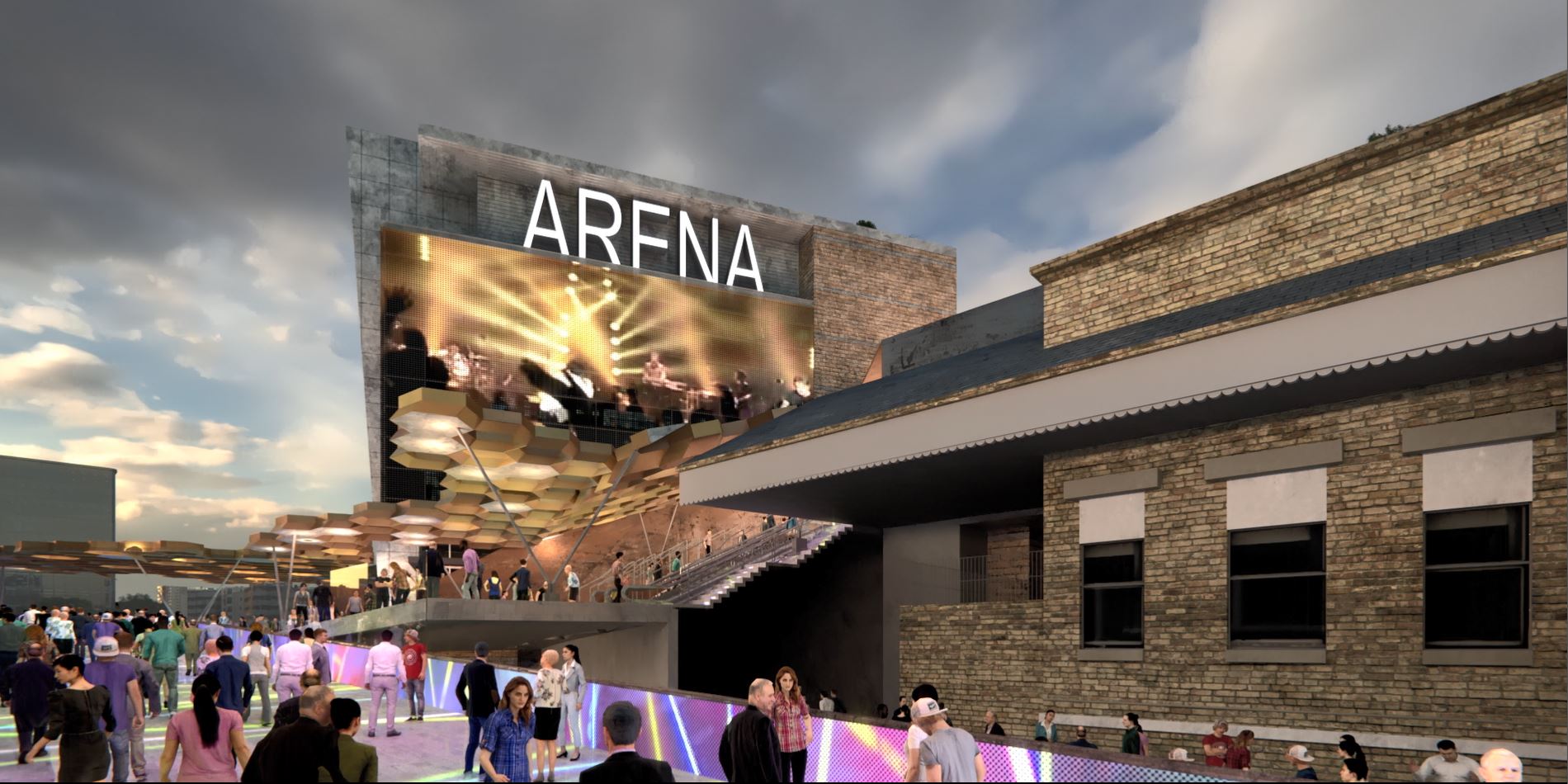 Further analysis can be found online at https://together.manchester-arena.com

Manchester Arena, managed and operated by ASM Global, is one of the busiest venues in the world and the largest indoor arena in Europe. Since opening in 1995, the Arena has hosted the biggest names in live entertainment including U2, The Rolling Stones, Madonna, Lady Gaga, Pavarotti and the record-breaking 2010/2011 residency by local comedian Peter Kay.

Charles River Associates® is a leading global consulting firm specialising in economic, financial, and management consulting services. CRA advises clients on economic and financial matters pertaining to litigation and regulatory proceedings, and guides corporations through critical business strategy and performance-related issues. Since 1965, clients have engaged CRA for its unique combination of functional expertise and industry knowledge, and for its objective solutions to complex problems. Headquartered in Boston, CRA has offices throughout the world.

blacc Ltd are a consultancy that specialises in major event transport planning, currently leading the development of a Regional Transport Coordination Centre in the West Midlands ahead of the Birmingham 2022 Commonwealth Games and providing ongoing support to the Tokyo Olympic Games. Blacc has significant experience of event transport planning in Manchester, and an unrivalled knowledge of supporting transport delivery for events at the Etihad campus. Working with TfGM and the transport community, blacc shaped a more coordinated approach to event planning between venue owners, event organisers and transport providers in the region. Blacc previously worked with Etihad to improve the transport offer for football fixtures and concerts.