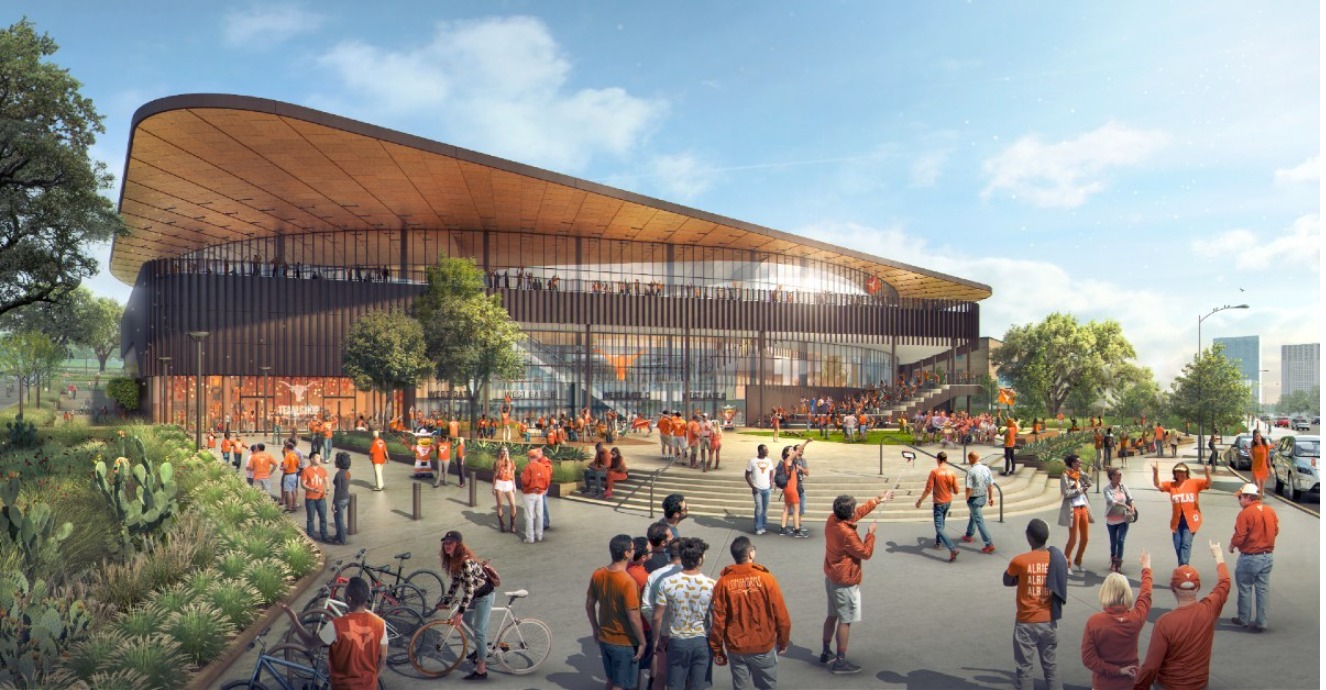 The University of Texas at Austin, Oak View Group (OVG) and Live Nation Entertainment have announced the official groundbreaking and start of construction on the Moody Center.

Moody Center will be a multi-purpose, state-of-the-art privately financed sports and entertainment arena in Austin, the “live music capital of the world”.

The new US$338m, 15,000-seat world-class arena replaces the 42-year-old Frank C. Erwin Jr. Center at The University of Texas at Austin – one of the world’s leading universities – campus.

In addition to being home to Texasmen’s and women’s basketball games, graduations, as well as university, community, high school, and other events for the Austin community.

The new venue will be built for music and host the best and biggest names in the music industry on an annual basis, providing a world-class venue for top touring concerts and shows.

The University of Texas is one of the most important and largest universities in the world. Our partnership with President Fenves, Athletic Director Del Conte and the entire University is a new vision and a new standard on a private-public partnership that will create a world-class venue for the Longhorns and for Austin.

This partnership has brought together one of the most recognised universities and brands, the Longhorns, with the world’s leader in content, Live Nation, and the world’s largest developer of new arenas, OVG, with Matthew McConaughey. Those partners will create one of the greatest arenas in the world and become the heart and soul for the campus and Austin.

The Moody Center will be a must-play arena and we look forward to bringing our concerts and tours there as soon as the doors open in 2022.

Being a fourth-generation Austinite, I grew up in the Frank Erwin Center and have hundreds of memories with my family and friends. It is an honor to work on this new world-class event center for the next generation to enjoy.

Matthew McConaughey, University of Texas at Austin professor, Distinguished Alumnus (BS ’93), and Academy award-winning actor, has signed on as Minister of Culture of the Moody Center and will work on ideas including, but not limited to suite designs, bar placement, colour schemes and other concepts, to create a symbiotic relationship between the arena, the city and the university.

As a proud alumnus and professor at UT, I’m honored, now as Minister of Culture, to convey what a special place the University and the City of Austin are through the design and hospitality of the new Moody Center. It should be the first place the biggest bands in the world want to play, but the last place a visiting basketball team wants to play.

Privately funded, without using any university or public funding, construction of the Moody Center is expected to create thousands of permanent and temporary jobs for the community. The new arena will be built on land fully owned by the university, and comes at no risk to the City of Austin or taxpayers.

The groundbreaking comes as OVG is in the midst of a building boom. In the past 24 months, the company has announced the development of venues in Seattle, Palm Springs, Belmont Park in Elmont New York, Manchester (UK), and the new 2026 Winter Olympic Games venue in Milan. OVG is the largest developer of new arenas in the history of the industry.

Oak View Group (OVG) is a global sports and entertainment company founded by Tim Leiweke and Irving Azoff in 2015. It is focused on being a positive disruption to business as usual in the sports and live entertainment industry and currently has eight divisions across four global offices (Los Angeles, New York, London and Philadelphia).

OVG is leading the redevelopment and operations of the New Arena at Seattle Center, as well as leading arena development projects in Belmont, NY and Austin, TX in the United States, in addition to Milan, Italy. OVG Global Partnerships, a division of OVG, is the sales and marketing arm responsible for selling across all OVG Arena Development projects.

The 2019 edition of ALSD International – Europe’s one & only event dedicated to the Premium Seat & Hospitality sector – was held at Croke Park in October and welcomed 270+ high-ranking industry executives from entities including OVG International, Live Nation and Ticketmaster. Check back soon for details on the 2020 event and the creation of a 365 community…