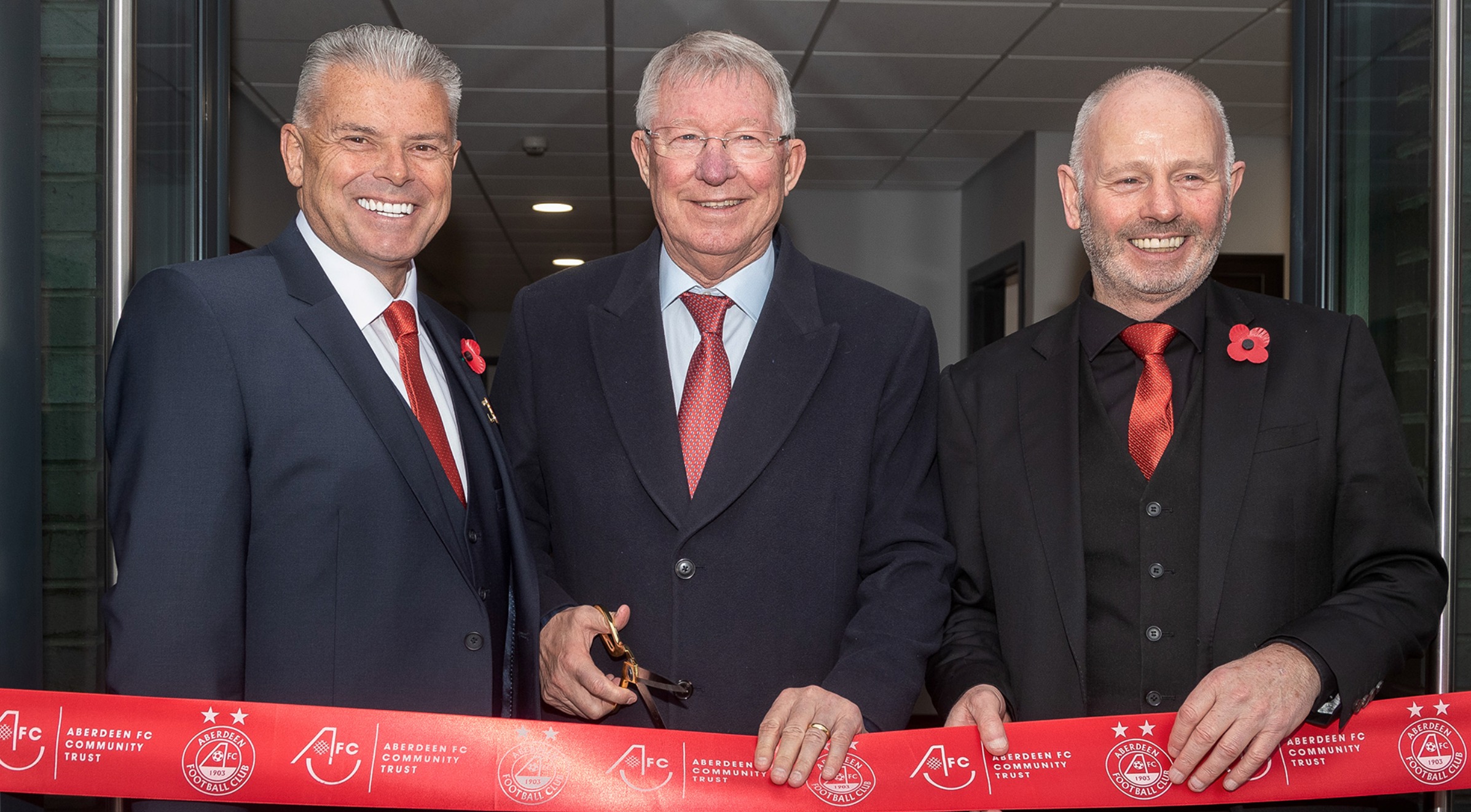 The legendary football manager, who steered the Club through its most successful period, was the guest of honour at the ribbon-cutting ceremony for the GBP£12m campus.

These facilities represent the first phase of AFC’s ambitious vision for a dynamic and inclusive football and community facility and stadium which will positively inspire and touch the lives of everyone in the region and help the Club achieve long-term success both on and off the pitch.

Named after the Vice Chairman to mark his significant contribution to the project, Cormack Park is home to the Bobby Clark Football Academy and the AFC Community Trust. It features a state-of-the art training pavilion, groundsman’s accommodation, three professional training pitches, two floodlit 3G pitches and two grass pitches. There is also outdoor and indoor space for a variety of community-based sporting and recreational activities.

I am greatly honoured to officially open these magnificent facilities which are part of AFC’s broader ambition for the future of the Club, its players and its fans.

The positive impact on performance and morale of best-in-class training facilities cannot be underestimated – and these facilities are up there with some of the best I’ve seen. There is no doubt that Cormack Park will help the Club to attract, retain and develop the players and coaches it needs to compete at the highest level.

The Club has to be congratulated for pursuing the vision to develop these training facilities and taking on the significant challenge of building its new stadium on the adjacent land in order to derive greater benefits for the Club, its players – particularly the future generation – and the wider community. This will be the envy of many other Clubs, not just in Scotland.

Having been the manager of this great Club for over six years, it is truly an exciting day to finally see our vision for the training facilities come to fruition.

Not only will these fantastic new facilities assist us in attracting the best talent to the club, it will enable us to intensify our coaching hours and increase on-pitch time, which is crucial in the development of our players. They will now enjoy a professional training base, offering them the opportunity to train in a high-performance environment with best-in-class football medicine, sports science and performance analysis directly on hand.

Cormack Park will allow AFC to become a beacon for footballing excellence in the North of Scotland and hopefully inspire future generations of Dons’ players and fans.

AFC Chairman, Stewart Milne, expressed his delight at finally having completed phase one of the two-phase £55m development at Kingsford. He said:

Cormack Park will provide the best environment to inspire, motivate, attract and retain today’s and tomorrow’s players, coaches and management. Our community facilities will be the cornerstone on which the Trust will be able to deliver even more for local communities in Aberdeen and across the Shire.

On completion of phase two, we will have a complex that will act as a catalyst for greater sporting achievements and events in the region and will aid our quest to be a UEFA Top 100 Club. As a focal point for our footballers and their coaches to train and interact with the community, as well as off the pitch operations, it will achieve our ambition of driving maximum socio-economic benefits into our communities through the power of and passion for football.

This progressive, modernisation strategy will lead the way in Scottish football with an integrated facility that acts as a destination and visitor attraction, forming a key part of the regeneration we are seeing across the city and wider region.

After 116 years, our famous Club now has its own state-of-the-art training facilities.  And, in keeping with Aberdeen FC’s family and inclusive tradition, these facilities are fully accessible to the community through the AFC Community Trust. My wife, Fiona, and I are delighted to have been able to support making this milestone project a reality for the Club and our fellow Aberdonians. 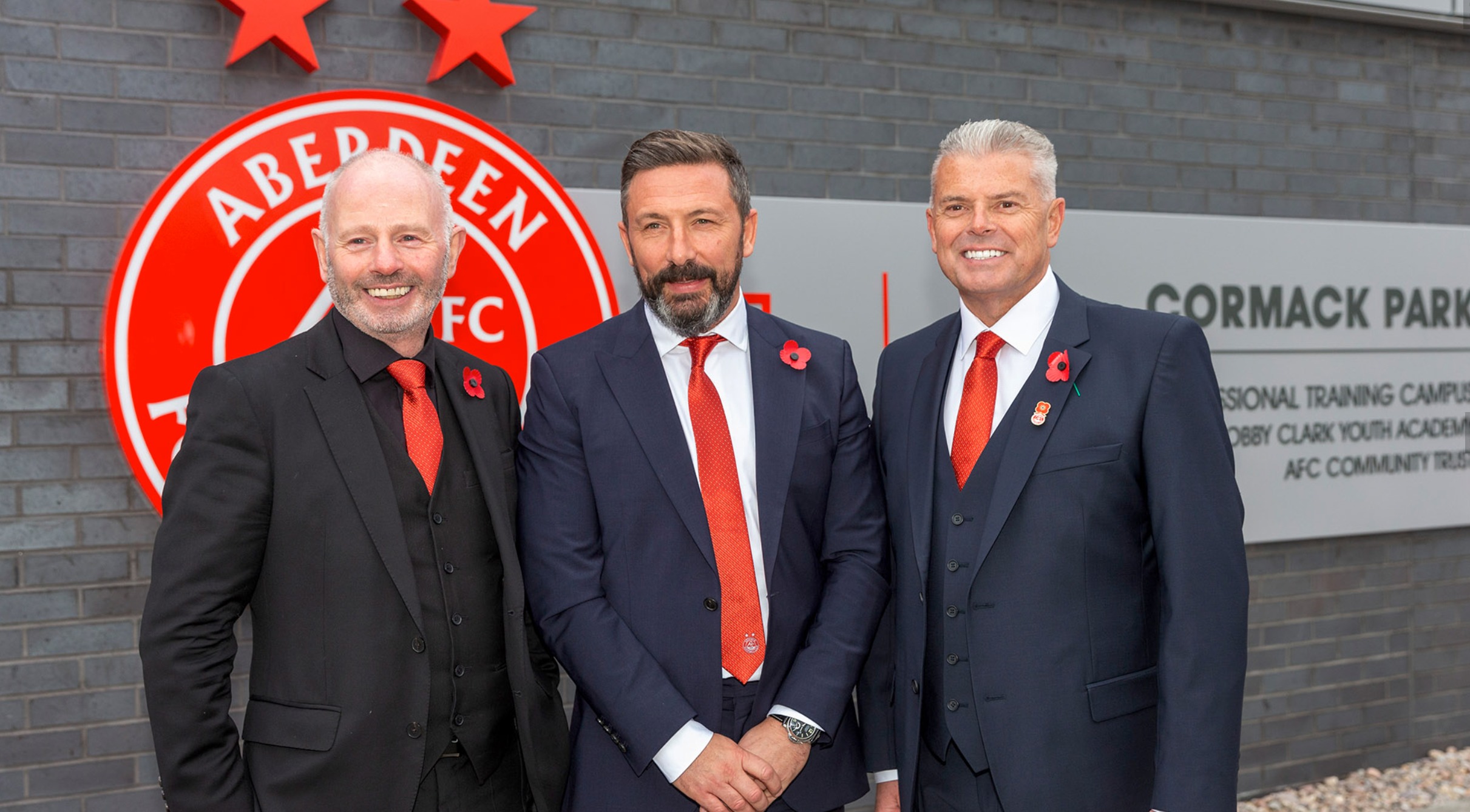 Football performance: the facilities at Cormack Park will result in: 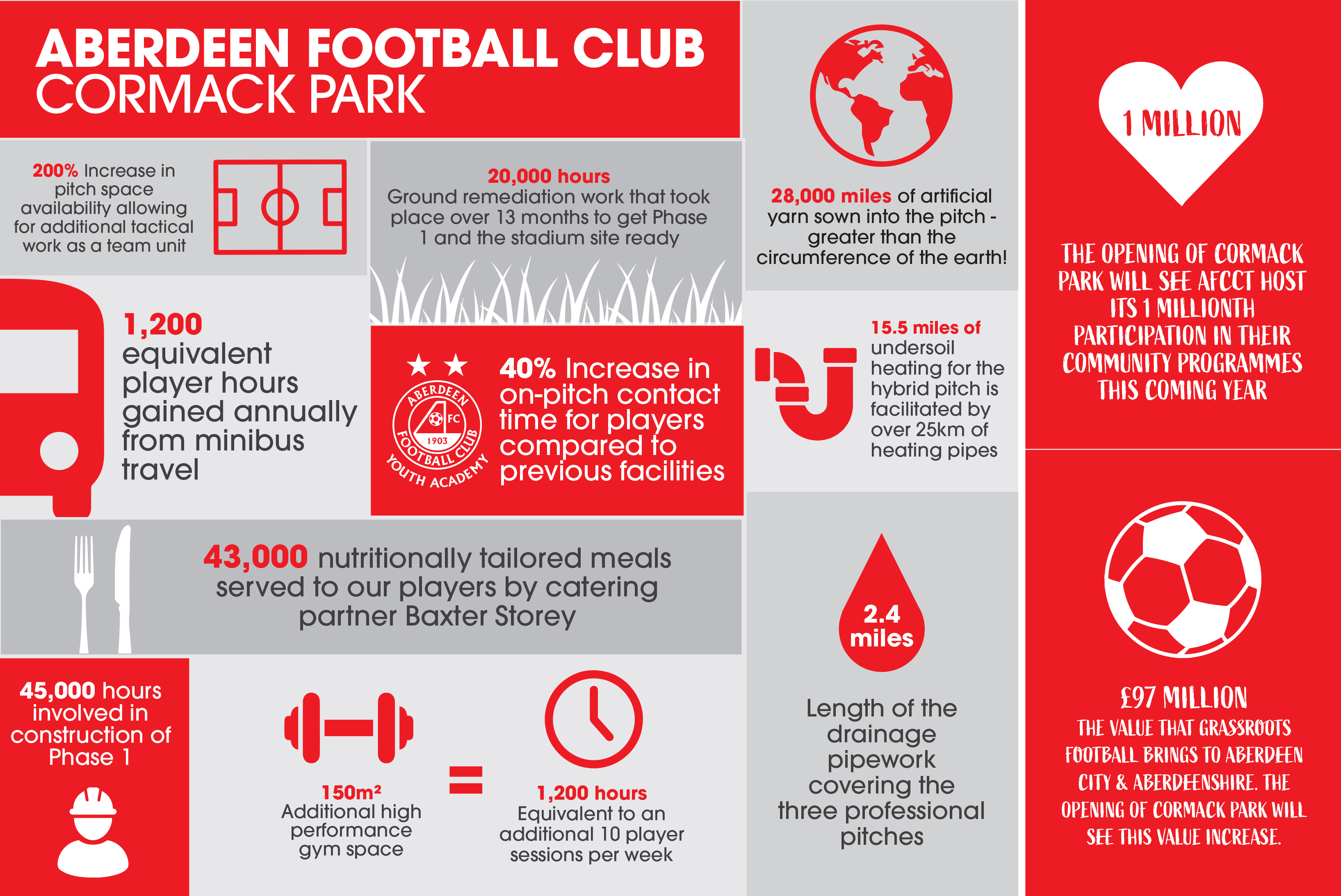