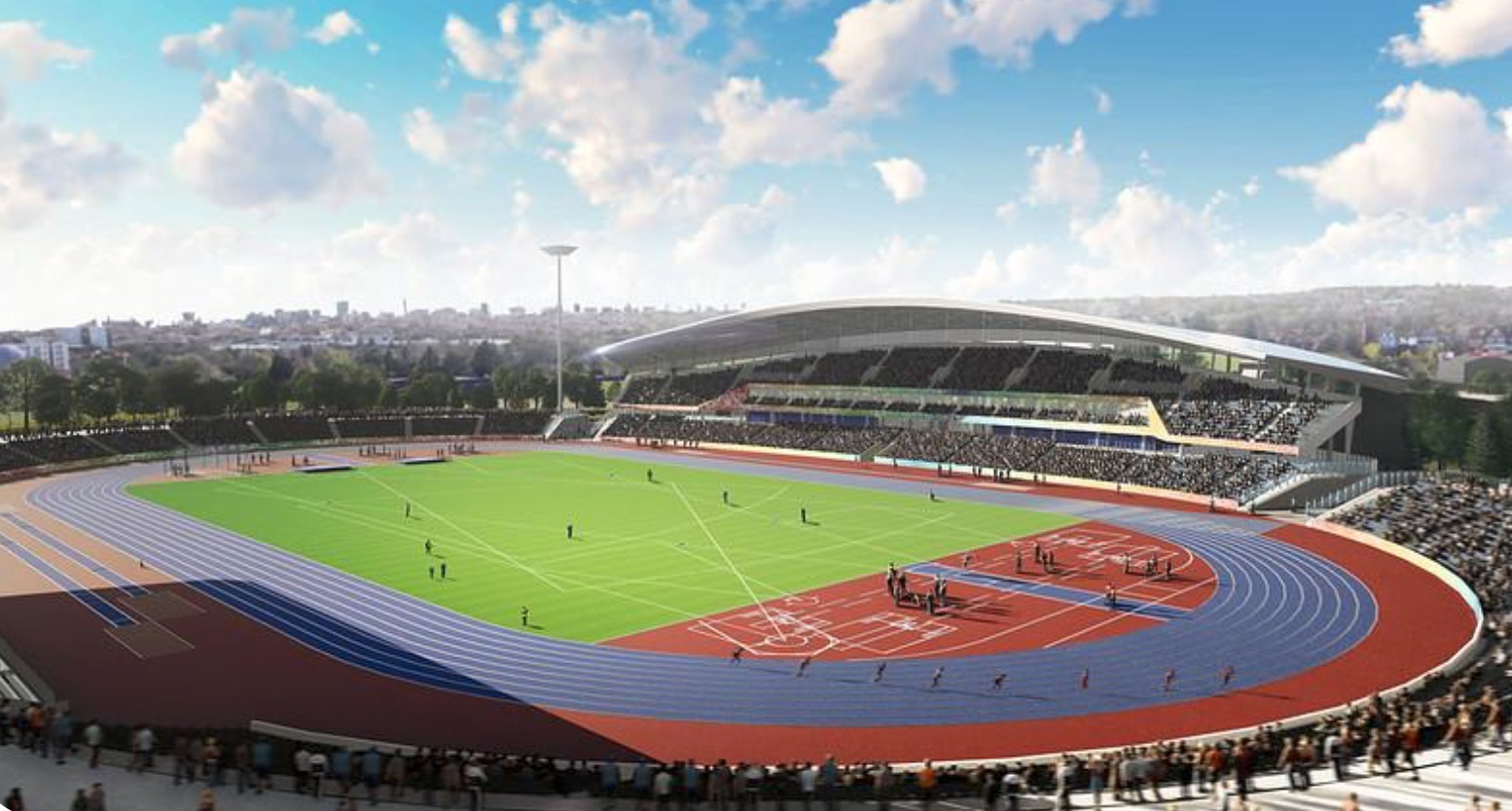 Proposals for the redevelopment of Alexander Stadium have been submitted to Birmingham City Council’s planning department for consideration.

At the heart of the wider effort to regenerate Perry Barr, the GBP£70m plan would see the venue become a high-quality venue for diverse sporting, leisure, community and cultural events in the decades to come.

The stadium, at Walsall Road, Perry Barr, is set to be the focal point of the Birmingham 2022 Commonwealth Games, hosting the Opening and Closing Ceremonies as well as the athletics events.

The redeveloped Alexander Stadium would increase its permanent seating capacity from 12,700 to 18,000 allowing more than 30,000 during the Games through additional temporary seating.

Post-Games it will be at the centre of a regenerated Perry Barr, which is receiving more than GBP£500m of investment in the coming years, which also includes new housing, improved transport and related upgrades to infrastructure and public space.

During the summer’s pre-consultation engagement activity more than 120 interested and/or impacted stakeholders and around 2,000 neighbouring residents and businesses were consulted on the proposals.

We would like to thank everyone who took part in the consultation and provided valuable feedback which has helped shape the final design. The application will now be considered by the planning department over the next few months and we welcome further feedback and comments from anyone with an interest in the stadium and its future. This is about creating a destination venue, shaping a legacy beyond the Commonwealth Games.

To view the stadium plans and offer comments (deadline 7 November 2019), click the reference number at the end of this paragraph or visit the Birmingham City Council Planning Portal and search for application number: 2019/07968/PA

It is anticipated a final decision will be take on the proposals by the city council’s Planning Committee in early 2020.

Subject to planning approval, construction of the new stand will commence in spring 2020, with completion in late 2021 ahead of test events for the Birmingham 2022 Commonwealth Games.

The design now being consulted upon will also facilitate the temporary ‘Games overlay’ elements and additional infrastructure needed to deliver the 2022 Games. Further detail regarding the Games overlay will be consulted on at a later date.

The revamped stadium will include:

Permission to begin demolition of the three west stands was approved by Birmingham City Council’s planning department in August and early works have now begun.