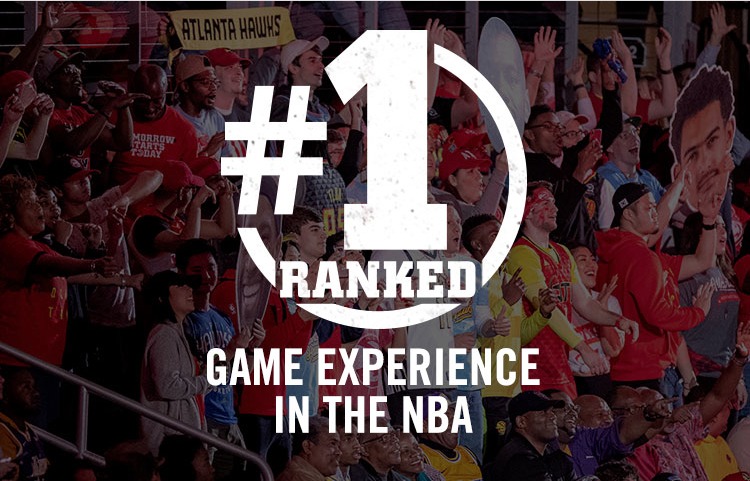 The Atlanta Hawks have claimed the top spot in the recent NBA Game Experience Survey, ranking No. 1 among all teams in ticketholder satisfaction for their “Overall Game Experience.”

The survey tapped a cross-section of NBA ticket buyers including full-season, partial-season and individual-game ticket buyers. Seventy-nine percent of the Hawks survey respondents categorised their overall experience attending a game as “Great” or “Outstanding”.

The Hawks saw a 22 percent increase over their 2017-18 season overall satisfaction rating. The Game Experience Survey is designed by the NBA “to help identify areas of strength and opportunity across all ticket buyer types for the in-arena experience by measuring fan satisfaction in all off-court areas.”

We are extremely honored to receive this response from our fans. In reimagining the all-new State Farm Arena, our organization has been wholly focused on operational excellence. That has resulted in an amazing, state-of-the-art venue with superior amenities and gold-standard customer service, creating the ultimate night out for the city of Atlanta.

Earlier this year, the Hawks announced that they were atop the league rankings in the NBA’s 2018-19 Fan Loyalty Tracker, receiving the No. 1 score for in-arena food and beverage satisfaction. State Farm Arena topped all teams with 60 percent of respondents being ‘very satisfied’ in the food and beverage space.

State Farm Arena was designed with both the city of Atlanta and its live entertainment fans in mind. We are incredibly grateful for the positive response and are determined to continue improving the venue and experience.

About the Atlanta Hawks

With a bold identity and strong new ownership, the Atlanta Hawks Basketball Club and State Farm Arena remain committed to making Atlantans proud on the court and off. The 2014-15 Southeast Division Champions, the Hawks made the postseason in 10 consecutive seasons and reached the Eastern Conference Finals for the first time in franchise history in 2015.

Off the court, the organisation has built a culture of inclusion, diversity and innovation, all with a touch of Southern Hospitality. It continues into the community where the organisation builds bridges through basketball, whether by constructing and refurbishing courts in Atlanta neighbourhoods, providing scholarships to our basketball camps, or surprising and delighting fans with unique Atlanta Hawks experiences.