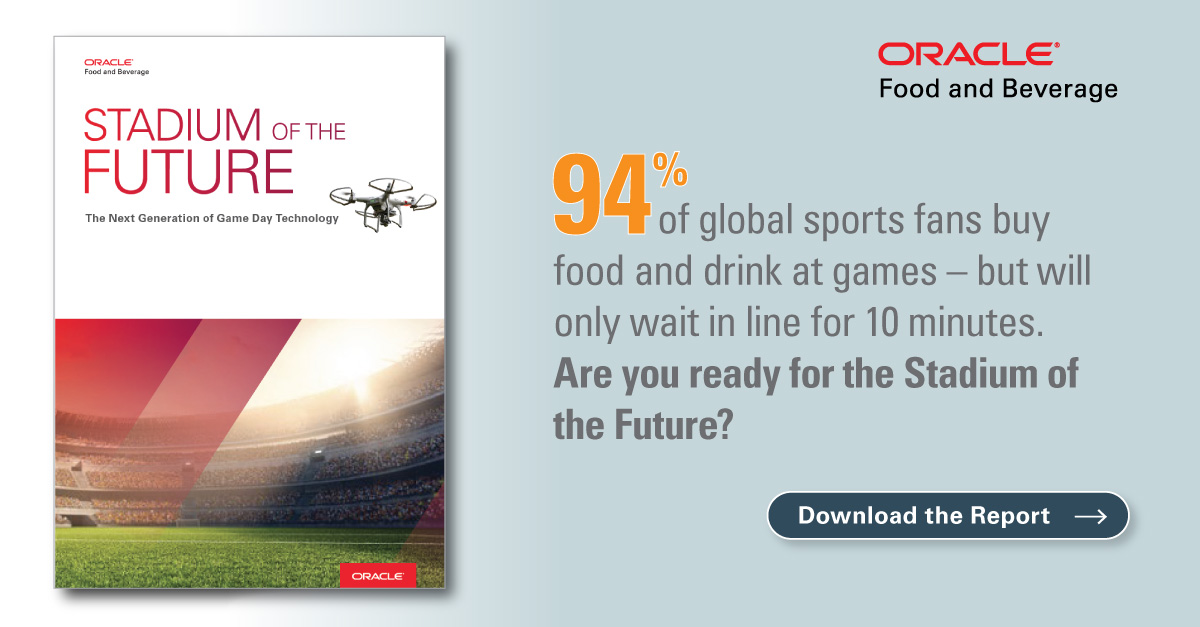 A global study by Oracle has found that fans are willing to spend more for modern experiences, whereas robots should be swiftly demoted and left sitting on the benches.

Sports fans have had it with long concession wait times and are willing to pay for more modern conveniences and experiences shows a new global study from Oracle Food and Beverage. Nearly all—94 percent—of respondents noted they buy food and beverages while at sporting events and 58 percent said they would spend even more if they didn’t have to wait in lines. Seventy-six percent added that in-seat delivery would improve their stadium experience.

There is nothing more frustrating for sports goers than missing part of the game while they wait for a hot dog and beer. Stadiums must modernize the ordering and delivery of food and beverages to improve the experience and keep fans coming back. The survey shows that fans are amazingly tech-savvy and expect to bring the same conveniences they have in their everyday lives—self ordering, food delivery, mobile payments, etc—to their favourite sporting venues.

The sports industry is fast-paced and stadiums need to keep up with the growing demands of their extremely loyal fan base. The survey showed that when it comes to food and beverages, fans would welcome self-ordering from kiosks and mobile apps to speed the process. And much like they have come to expect from emerging food delivery services—they want the food to be delivered to them in their seat, so they spend their time watching the game. And, they expect all this to be paid for via the click of a button, via cashless or modern payment systems or loaded tickets.

While fans were also open to AR/VR to view menus and for drone food delivery, they drew the line at robots delivering their food. Sixty-three percent of fans were also interested in joining a loyalty program to get even more benefit from the game-day outing.

Venues can no longer think of game-day as a moment in time. It’s an opportunity to engage fans before, during, and after a game in an easy and seamless manner for a fan. For example, loyalty programs members may receive a coupon for a $1 hot dog during the seventh inning stretch at a baseball game or free wings at a venue owned restaurant outside the stadium after a game. It’s a win-win that rewards the fan and helps the venue move product and increase revenue. 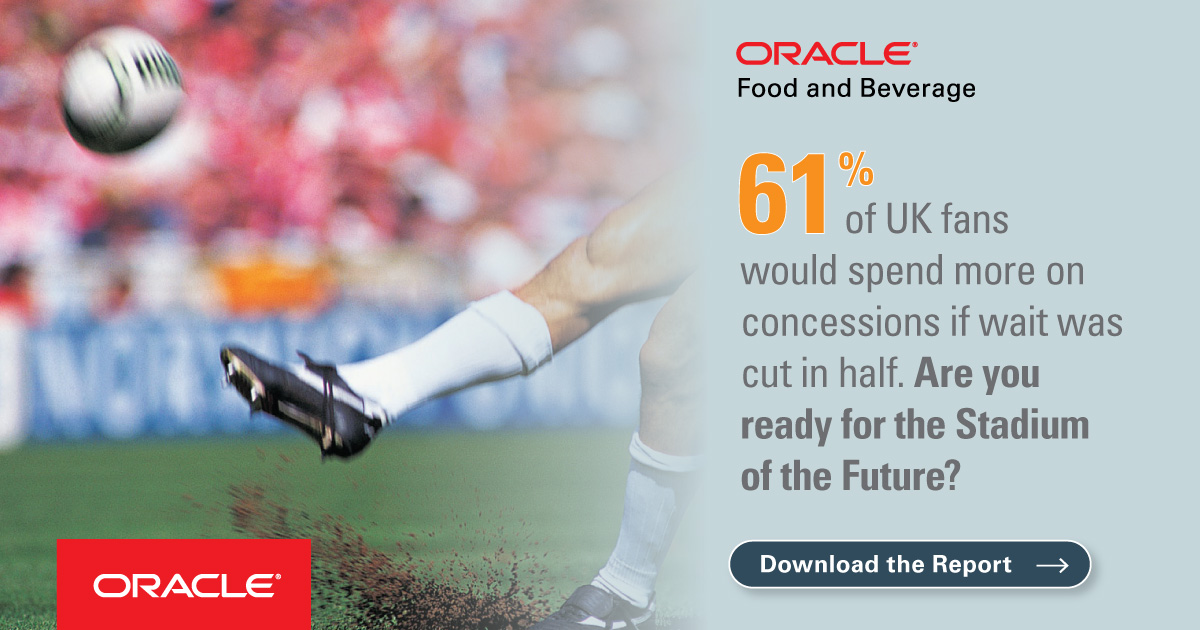 The study of over 2,000 sports fans from the United States, UK, Germany, Australia and Canada, highlighted what fans expect from their game-day experience: 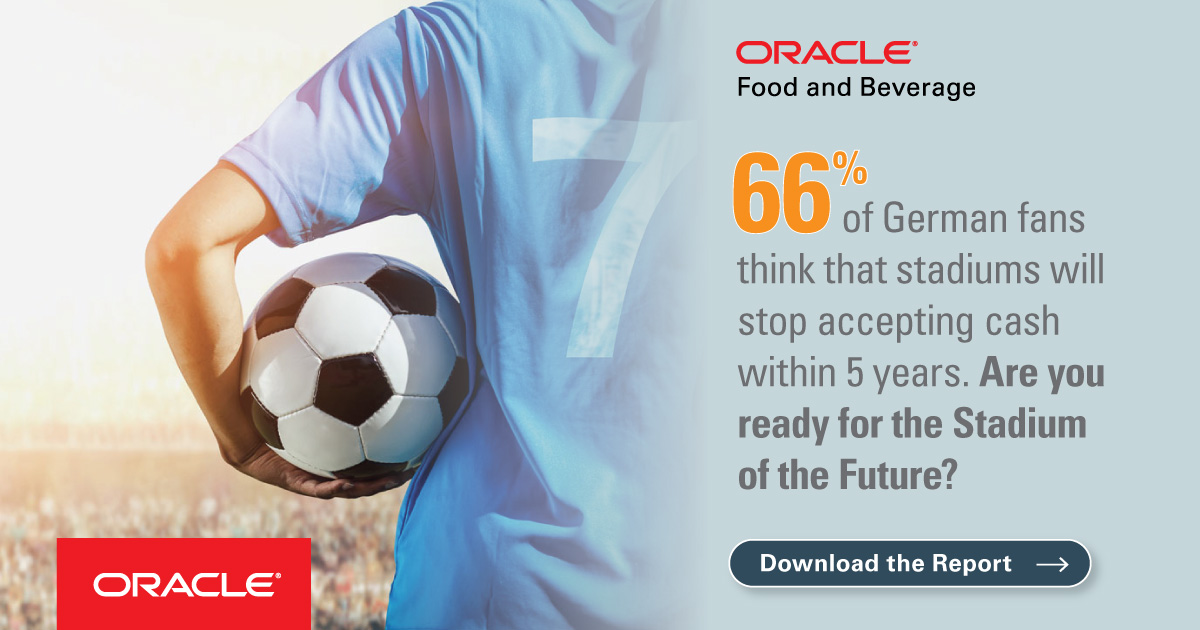 About Oracle Food and Beverage

Oracle is a sponsor for the ALSD Conference & Tradeshow, taking place in Chicago, IL, USA, this June 30-July 3, as well as for ALSD International, being held at Croke Park Stadium in Dublin, Ireland, this October, 28-29. ALSD International – Europe’s one and only event dedicated to the Premium/VIP Seat & Hospitality sector – is organised and delivered by the Association of Luxury Suite Directors (ALSD) in conjunction with Sports Venue Business (SVB).