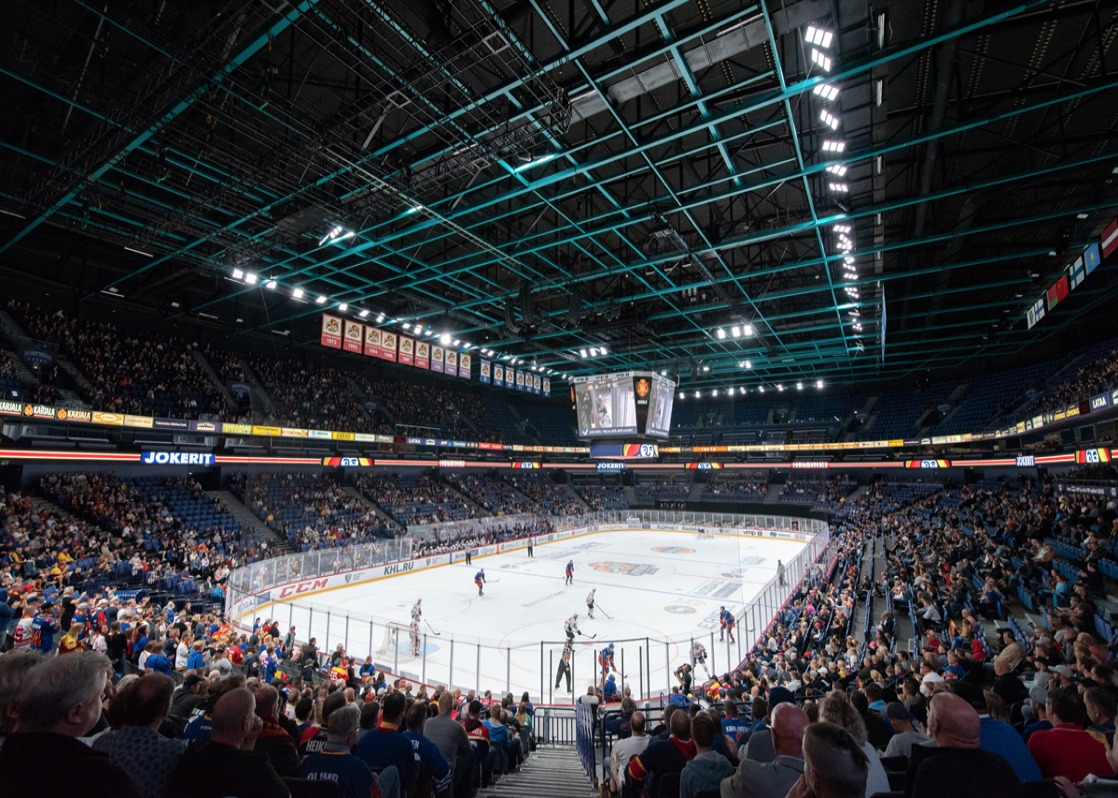 The Jokerit Helsinki ice-hockey team will start this year’s Kontinental Hockey League season with brighter views as the lights in their home arena have been updated over the summer break.

The new lighting in Hartwall Arena is provided by Easy LED Oy and consists of nearly 100 BUBO® B3 high power LED luminaires. In addition to being brighter, the new lighting system has a dimming option and is also faster to operate with instant on/off.

Along with the luminaires, the arena’s lighting control system was updated to DMX standard. This enables controlling of the lighting scenes from multiple control points.

BUBO® shines in both these requirements. The lighting in Hartwall Arena is almost double as bright as the older generation lighting used in most ice arenas and the high quality LED-technology allows for crystal clear high detail picture for television.

Control on the go

The digital DMX (Digital MultipleX) lets users control lighting from several different control points. This is especially useful in a multi-function arena that hosts a range of different functions every week.

If the light operator doesn’t have access to a DMX lighting console the pre-set light modes can also be activated from control panels around the arena or even from portable devices.

In addition to installing the new lighting system, Easy LED was also responsible for dismantling the previous lights.

Now that the work has been completed, Hartwall Arena is ready to shine. The first home game of the season was played on September 3rd, when home side, Jokerit, met Kunlun Red Star from Beijing, China.