HomenewsNewsEvent NewsBonus Arena gets set to officially open its doors

Bonus Arena gets set to officially open its doors

Kingston upon Hull (‘Hull’) is now the proud custodian of a world-class music, entertainment and conferencing venue in the form of the Bonus Arena, which will add to the great transformation that the city has seen during it’s tenure as UK City of Culture 2017.

This legacy project, designed by AFL Architects, gives the city of Hull yet another major cultural landmark to seal its future as a UK destination for years to come.

The success of this project is underpinned by careful business planning and strategic thinking. This lead to a truly multipurpose auditorium with moving walls, seats and staging enabling the venue to range from a 3,500-capacity seating and standing venue for rock concerts, through to 2,500 all-seated events.

The venue can also split into two smaller halls providing an 800-seat conference auditorium and a large, flat floor hall. In this configuration there is space for 600-800 seated banqueting or 1,400m2 of exhibition space. 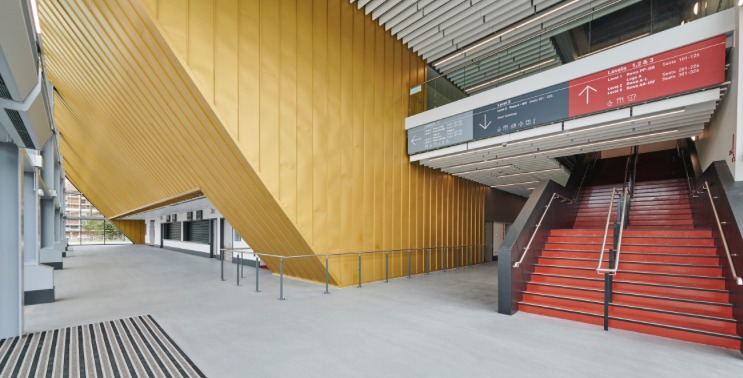 Bonus Arena is owned by Hull City Council, was built by BAM Construction and is managed by SMG Europe.

Following an incredible year with City of Culture, we are delighted to be operating the Bonus Arena in Hull. The arena is a huge legacy for the city and will do fantastic things for tourism, catapulting Hull on to the UK map in a big way as a destination experience. We are looking forward to welcoming people through the doors and to bring tens of thousands of people to the city each year.

It’s all in the name

The 3,500-capacity arena on Myton Street – formerly known as Hull Venue – will be known as the Bonus Arena following a naming-rights agreement with Hull-based company, Bonus Electrical.

The naming of the arena is a significant milestone in the ongoing journey of this fantastic build, and we look forward to witnessing some of the incredible talent this venue will attract.

The Bonus Arena is absolutely essential to making Hull a top visitor destination and to secure a long-term legacy from our year as UK City of Culture, and will allow us to continue to attract events capable of delivering a big economic impact beyond that.

Founded by Eric Boanas in 1962, Bonus has been a huge part of the Hull business community for more than five decades. Indeed their former city centre offices are just a stone’s throw away from the new arena.

Having been involved with so many things ‘Hull’ over the years it seemed an obvious partnership from both sides – the location being literally where the Bonus Group started almost 60 years ago. That said, the scale of this partnership with SMG is huge for Bonus and to be involved from day one is a great honour. It will undoubtedly be a huge success for the city and the people of Hull.

Hot on the heels of this announcement was the unveiling of plans for the venue’s VIP lounge to be renamed after one Hull’s largest construction companies, PDR Construction, which has signed a long-term contract with the arena to put their name to the rebranded first floor space.

The PDR Lounge doubles up as a meeting and events space, as well as the VIP lounge for sponsors and partners at live events such as George Ezra, Van Morrison and Culture Club.

Plans for the PDR Lounge include a lattice-style design, interspersed with images of acts who perform at the arena, alongside the company’s logo. There will also be directional signage promoting the PDR Lounge throughout the arena.

PDR are delighted a much needed quality events arena is now open in Hull and we are excited to see some of the names already confirmed. We, as the city’s largest construction resource, were determined to support the arena and the new PDR Lounge will add to the live experience.

The PDR Lounge is another fantastic addition to the arena. As well as being a VIP lounge for our guests at ticketed events, the space will regularly be used for meetings, conferences and exhibitions.

I would like to thank Paul and his team for their support and look forward to welcoming him and other guests to the PDR Lounge once we officially open to the public at the end of August.

The venue will be officially opened on 30th August by a spectacular Van Morrison gig.

Delivering optimised returns through clever design, fit-out, operation and new F&B offerings are just some of the topics to be under the spotlight at Europe’s first Premium Seat event, ALSD International, coming to London this October, 10-12. AFL Architects Associate Director, Bruce Caldwell, is just one of those already registered to attend!

Check out the 40+ confirmed industry expert speakers, including the conference sessions, details on the two confirmed venue tours: The SSE Arena, Wembley and Fulham FC’s Craven Cottage, the organisations behind the event, sponsors, and much more by clicking on the link below: