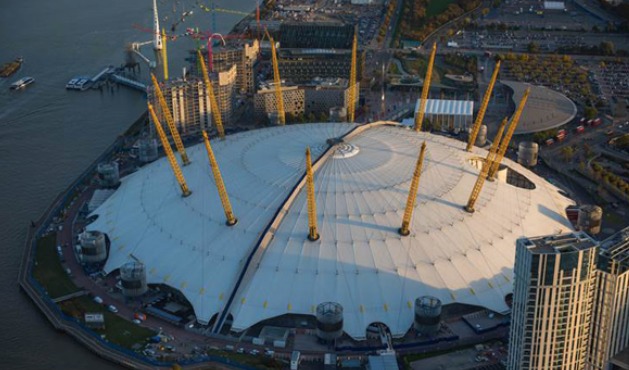 The O2 London has introduced a branded ‘app fast-track collection lane’ to support uptake of their LiveStyled powered mobile app.

Having strong, visible branding for app collection points is a fantastic marketing tactic, and key to the success of fast-track lanes and app-only bars. 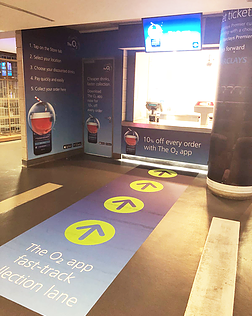 Some benefits of using strong branding on app-only bars and queues include:

LiveStyled was born from Concert Live, a live event retailer with an 11-year history of working with globally renowned artists and iconic venues. Concert Live created and sold live recordings for some of the world’s biggest acts including Robbie Williams, Elton John and KISS alongside selling limited edition vinyls and merchandise.

In 2012, on tour with Robbie Williams, LiveStyled founder and CEO, Adam Goodyer, was watching the efforts of Concert Live promotional staff trying to sell live recordings to thousands of elated fans and realised that there had to be a better way for brands, venues & talent to connect with their customers. This gave him the idea for developing a solution to engage and commercial mobile use at entertainment events.

The LiveStyled vision was born:

“Connect people with the things they love”

In 2014, the LiveStyled platform launched its first live apps with Rewind Festival and The O2 Academy Group. Since then the company has grown rapidly and, in addition to Music, has moved into new sectors such as Sport, Entertainment, Leisure, Retail and The Arts. 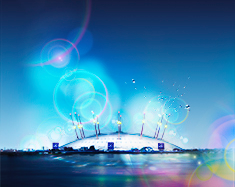 About The O2 London and AEG

AEG is one of the leading sports and entertainment presenters in the world and is a wholly owned subsidiary of the Anschutz Company. With over 50 divisions, the AEG team works together to create one-of-a-kind live entertainment experiences.

AEG Live, the live entertainment division of AEG, is dedicated to all aspects of live contemporary music performance. AEG Live is comprised of touring, festival, exhibition, broadcast, merchandise and special event divisions. It owns, operates or exclusively books 35 state-of-the-art venues. Some of the best teams in both Europe and the US, in hockey, football (soccer) and basketball are part of AEG Sports.

AEG Global Partnerships is responsible for worldwide sales and servicing of sponsorships, naming rights and other strategic partnerships. AXS Ticketing is AEG’s ticketing and entertainment platform serving as the company’s primary consumer brand. AXS.com is the official ticketing partner for The O2 in London, England and Globe Arenas in Stockholm, Sweden.

AEG employs more than 3,000 staff in over 45 companies worldwide, with their international head office in Los Angeles and European headquarters in London.

LiveStyled is a sponsor of Europe’s first Premium Seat event, ALSD International, and co-sponsors of a boat trip along the River Thames on route to a very special behind-the-scenes tour of Fulham FC’s Craven Cottage, where attendees will hear all about the upcoming Riverside Stand redevelopment.