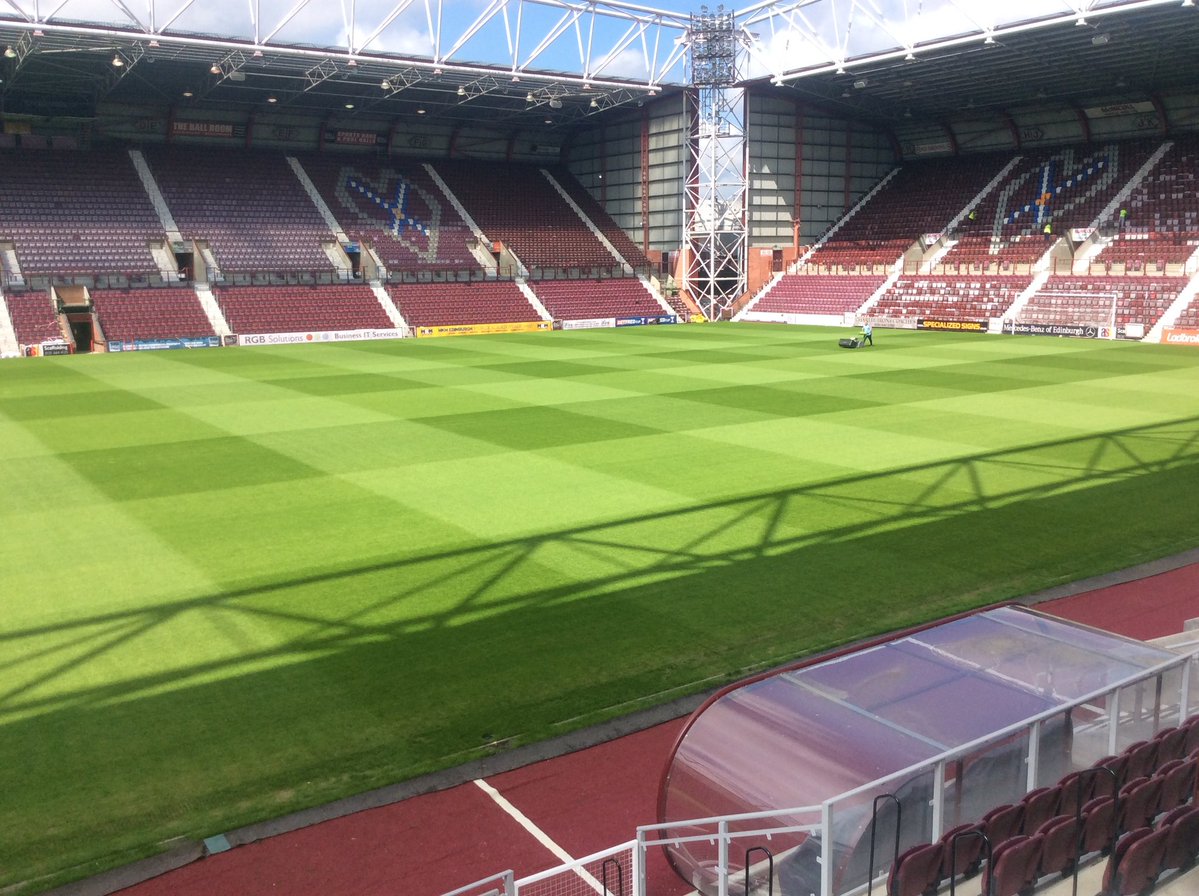 Heart of Midlothian FC met champions Celtic for the first time on their new state-of-the-art hybrid pitch at Tynecastle Park last weekend, in their opening home game of the SPFL 18/19 season.

Hearts replaced their grass pitch in February 2017 as a short-term solution to pitch performance problems. This spring, senior club management and the board of directors took the decision to significantly invest in the playing surface at the club’s home ground, Tynecastle Park. They engaged STRI sport facility specialists as designers and project managers to oversee the entire reconstruction.

STRI’s in-house design team laid out the final schematic of the pitch, to include undersoil heating, a new drainage system and a new irrigation system. After contractor interviews, Carrick Sports was engaged by Hearts to undertake construction works, and SIS Pitches were brought in to install a SISGrass hybrid reinforced pitch.

Hearts commenced major pitch reconstruction works immediately after the final whistle was blown last season on 9 May. Work was undertaken during the close season, with an extremely tight deadline for completion set for 24 July, ahead of a Betfred Cup match against Cowdenbeath.

This was another “impossible timetable” according to many, and yet we managed to achieve it. We have to thank Carrick Sports and SIS Grass for taking on the challenge and STRI for managing the process for us.

As is always the case with stadium reconstruction projects, the timeframe for delivery was tight, and access restrictions proved challenging. However, the club, STRI and Carrick Sports worked in collaboration to overcome these issues, and in association with SIS Grass, have produced a terrific surface that Heart of Midlothian FC can be proud of. Everybody within the project team is delighted with what has been accomplished this summer.

STRI and Carrick Sports has also installed an ultramodern environmental monitoring system – the first of its kind to be deployed in any stadia. This means that Tynecastle Park will benefit from the highest levels of monitoring and data analysis available in the world. Live moisture levels have been positioned across the pitch which will automatically collect data, including air temperature in the stadium and light levels for grass growth.

STRI’s environmental monitoring system will allow the grounds team at Tynecastle to ensure that the surface is maintained at the highest standard.

“Jambos” fans followed the reconstruction on social media, with @weemac proclaiming that the pitch was “looking fantastic” and @RabKeir saying it’s “God’s playing field, it’s a field of dreams”.