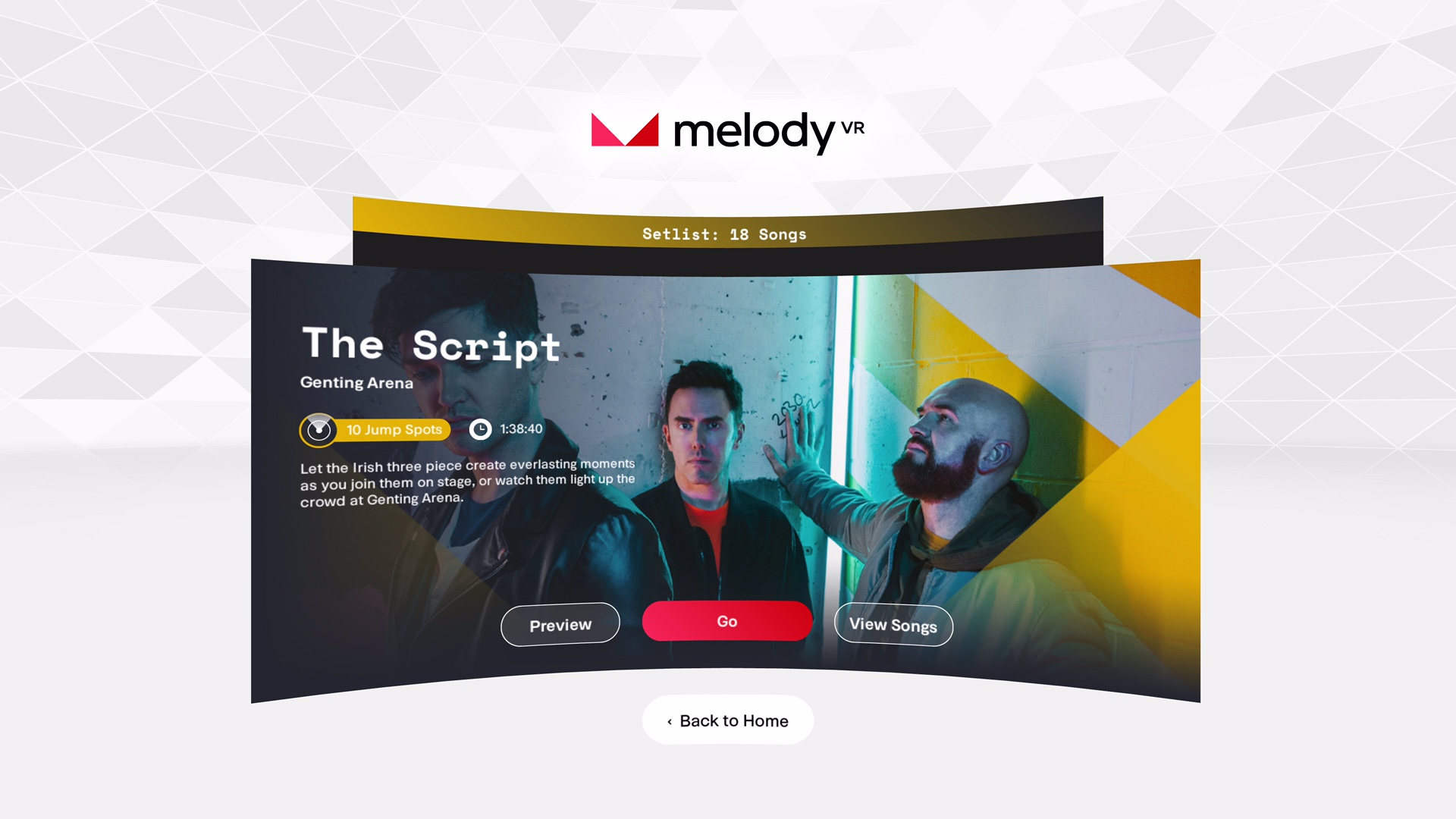 From today, Virtual Reality (VR) market leader, MelodyVR, is working with the NEC Group Arenas to offer virtual access to live events in its venues.

Concert goers will be able to access a selection of live events held at the Genting Arena and Arena Birmingham venues, using the power of virtual reality technology, including performances from chart toppers Royal Blood, Irish heartthrobs The Script and the legendary UB40 Featuring Ali, Astro & Mickey.

Over the coming months, MelodyVR will also live stream real-time concerts via VR and offer virtual tickets to sold-out shows with the biggest artists, enabling an unlimited number of fans to attend in-demand concerts around the globe.

The concerts, as well as virtual tickets, will be available to purchase via the MelodyVR app, on Oculus Go or Samsung Gear VR virtual reality headsets (with more platforms coming soon). Information on upcoming shows will also be promoted on selected event pages on The Ticket Factory website – the official box office for the NEC Group Arenas.

Offering truly unique viewpoints, those who are unable to attend arena events in person, can transport themselves to the heart of the action through the power of VR and the MelodyVR app. By selecting different ‘Jump Spots’, MelodyVR users can choose to be in the front row, deep in the crowd, or up-close-and-personal with the band on stage.

The introduction of MelodyVR to concerts at the NEC Group Arenas is revolutionising the way fans can see their favourite artists in Birmingham and will in turn, transport the world class artists performing in Birmingham, to audiences all over the world.

VR is transforming the concert experience and shifting how fans can consume music, so it’s fantastic to partner with MelodyVR as pioneers in this field.  Their usage of exciting features and technological capabilities means missing a ‘must-see’ or sold out show could become a thing of the past. Nothing can beat experiencing live music in a venue, but offering VR concerts to our customers gives them more opportunities to experience the live music they love and get closer to artists than ever before.

We are excited to be partnering with the NEC Group to deliver live and recorded VR experiences. Working with forward thinking and progressive partners to make live music globally accessible via Virtual Reality are the foundations that MelodyVR was built on, I’m very pleased that the NEC Group share that same passion for the future and we look forward to working together more closely.

The NEC Group Arenas include the Genting Arena and Arena Birmingham, both located in Birmingham, UK. Operated by one of the world’s top venue management companies, the NEC Group, the venues welcome over 1.7 million live event fans to the city every year, hosting world class music, sport, comedy and family events.

Situated adjacent to Birmingham International Airport and train station, the Genting Arena boasts a flexible arena bowl, and can be dressed to accommodate intimate academy events for around 5,684, or hold a total capacity of 15,685. The Arena was renamed in January 2015, complementing Genting UK’s neighbouring development – Resorts World Birmingham – the UK’s largest fully integrated destination leisure and entertainment complex. www.gentingarena.co.uk

Arena Birmingham is one of the busiest, large scale indoor sporting and entertainment venues in the world and accommodates everything from music, sport and comedy, to family entertainment and live theatre. Situated in the heart of the UK, the multi-purpose venue hosts over 100 events and welcomes over half a million visitors through its doors annually, with a capacity that can range from a maximum of 15,800 down to 2,464 for more intimate events. Officially renamed as Arena Birmingham on 31 August 2017, the venue has also previously been known as the Barclaycard Arena (December 2014-August 2017) following the venue’s £26m redevelopment, and originally as the NIA (October 1991-December 2014). www.arenabham.co.uk

Head of NEC Group Arena Sales, Ian Congdon, and General Manager of Amplify, Sally Walder, are just two of the top industry expert speakers that will be sharing their experiences and success stories at Europe’s first Premium Seat event, ALSD International, being held in London this October, 11-12. Click on the banner below to secure your place!

The latest speaker lineup and conference program can be viewed online at: https://alsdinternational.com/content/schedule