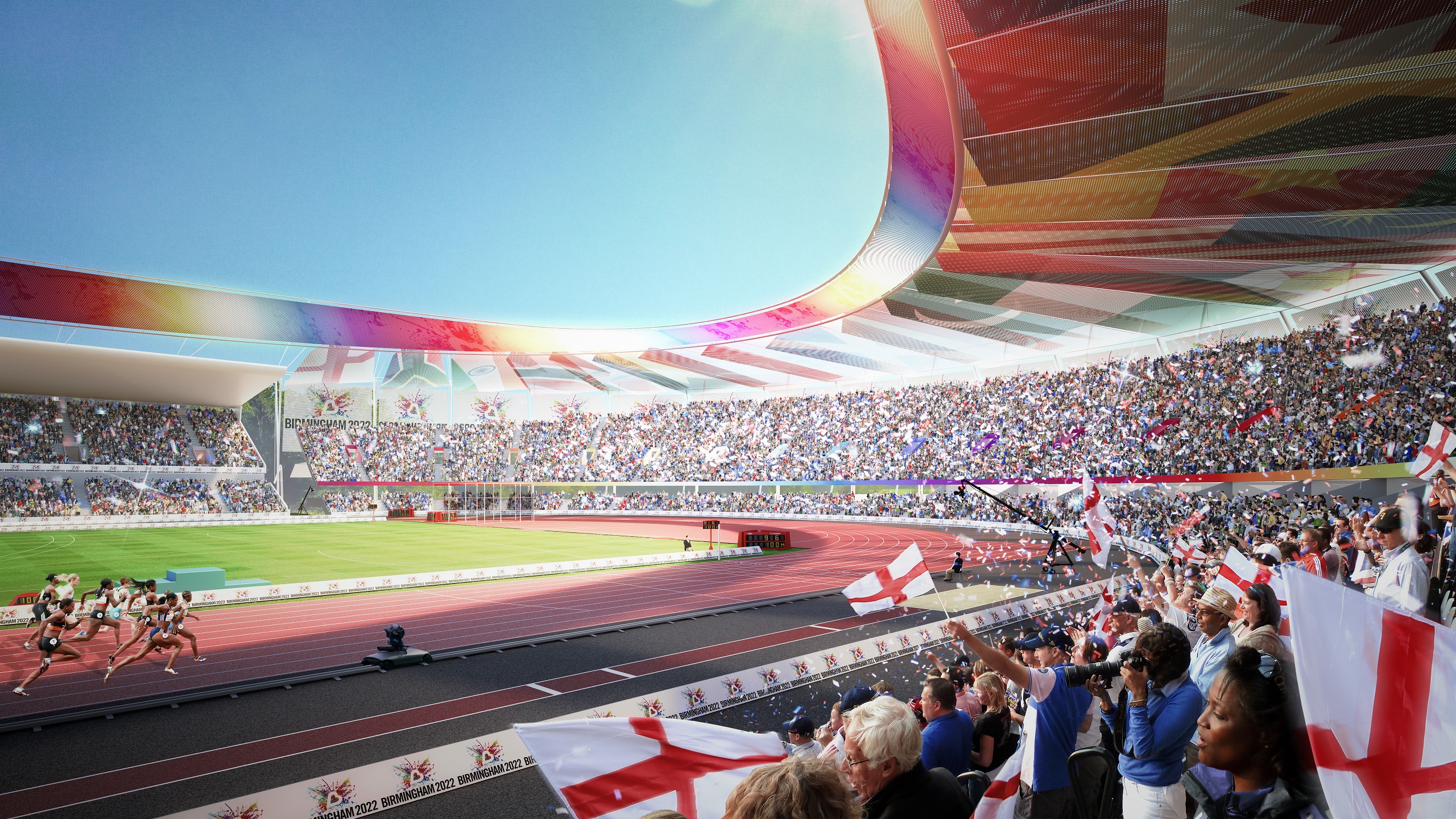 The wealth of existing sports arenas and facilities in the West Midlands has been a key factor in awarding Birmingham host city status for Commonwealth Games 2022.

Four of the world-class indoor venues for the Birmingam 2022 Commonwealth Games will be supplied by leading venue management company, the NEC Group – whose senior team played a pivotal role in the bid process. There are also plans for the Group to host both a media centre and a dedicated broadcast facility.

Commenting on the results, Paul Thandi, Chief Executive of the NEC Group, said:

It’s a brilliant early Christmas present to get confirmation today that Birmingham has been selected as host city. Host cities are required to demonstrate world-class sporting facilities and NEC Group is proud to be supplying four of our top venues across Birmingham and Solihull. All our sites had to meet rigorous guidelines around athletes’ needs, technical specifications, seating capacity and Games-time logistics.

This result is testament to our track record of delivering large-scale international sporting events and investing significantly into our venues to set us apart from our competitors. It also reflects the expertise and professionalism of our people.

Securing the bid is great news for the city and surrounding area and great news for NEC Group. It’s a celebration of Birmingham’s sporting culture and equally exciting for the local economy – creating opportunities for people across the region and guaranteeing that Summer 2022 will be a busy period for us.

This has been a great team effort by many people based in Birmingham and on the wider team. I would particularly like to congratulate Birmingham Council City Leader Cllr, Ian Ward, and Mayor of the West Midlands, Andy Street, as well as our own MD of NEC Group Arenas, Phil Mead, international sports consultant, Debbie Jevans, and Birmingham City Council Corporate Director, Waheed Nazir. 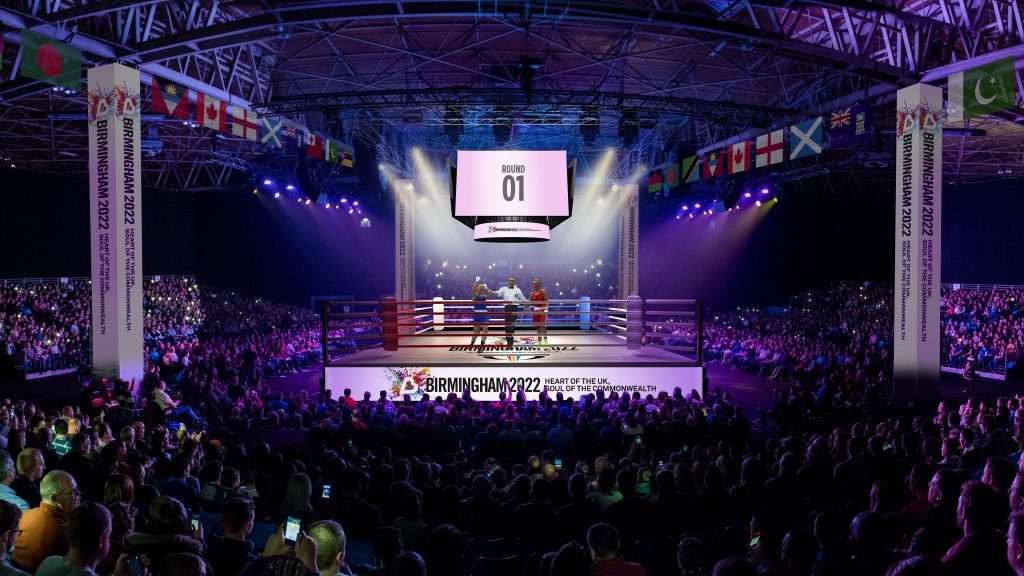 About the Birmingham 2022 bid and the host venues, including the NEC Group venues

With about ninety-five per cent of venues identified having already been built, Birmingham 2022’s bid is both prudent and innovative. An enhanced and refurbished Alexander Stadium (pictured top) will be pivotal to the Birmingham 2022 Games. Already established as an internationally-renowned athletics venue and home to UK Athletics, Birmingham will strengthen its reputation as the ‘City of Running’ through improving competition and training facilities at the stadium and increasing permanent seating capacity.

The NEC Group will be hosting a total of seven sports. Boxing, Judo, Table Tennis and Freestyle Wrestling will be in three of the NEC’s largest halls (3, 4 and 5) plus Badminton at the Genting Arena and Artistic and Rhythmic Gymnastics at Arena Birmingham. Para-power wrestling will also be hosted in the Symphony Hall located with the ICC complex.

The new Squash Courts and Hockey Pitches at University of Birmingham, one of the UK’s leading sporting universities, will become the competition venues for Hockey and Squash during Birmingham 2022 as part of their bid proposals. Additional University facilities will be used as training venues ahead of the Games.

The only new-build venue proposed in Birmingham’s bid, the new Sandwell Aquatics Centre, will host Swimming, Para Swimming and Diving. Along with the Ericsson Indoor Arena, part of the Ricoh Arena in Coventry, which will host Netball, these venues will ensure that the Birmingham 2022 Games benefit the wider West Midlands region. Rugby 7s will take place at Rugby World Cup (RWC) 2015 Host Venue, Villa Park Stadium.

Birmingham’s Victoria Square would transform into a sporting and cultural landmark for the Birmingham 2022 Commonwealth Games, with the city centre location as the venue for 3×3 Basketball and 3×3 Wheelchair Basketball. Set against the historic backdrop of the Council House and Town Hall, 3×3 Basketball in the open-air of Victoria Square, will showcase the city as well as the youngest Commonwealth Games sport.

About the NEC Group

The NEC Group is all about bringing Live to Life©. The Group is one of the world’s top venue management companies, operating the NEC, ICC, Genting Arena, Arena Birmingham, formerly the Barclaycard Arena and the Vox Conference Centre. It also operates a national ticketing agency, The Ticket Factory; hospitality brand, Amplify; and award-winning caterer, Amadeus. The internationally-recognised NEC is situated on a site, which also includes the Genting Arena, with a combined total of 200,000sqm and is one of Europe’s largest indoor facilities. It is located beside Birmingham International Airport and offers excellent public transport links to central Birmingham, as well as being located in the heart of the UK’s motorway network. The NEC Group has expertise in regularly hosting major events, including: Crufts, the UK’s largest consumer event with 160,000 visitors annually; Spring Fair, the UK’s largest trade show; Skills Show, the nation’s largest skills, apprenticeships and careers event; and Horse of the Year Show. It employs almost 2,000 employees providing event management expertise and robust back of house infrastructure and facilities. With over forty years’ experience, the NEC Group operates 750 major events and attracts seven million visitors each year. In addition to the NEC, the Group also manages the Genting Arena, one of the world’s top entertainment arenas with flexible capacity of up to 15,700, and Arena Birmingham, a state-of-the-art city centre indoor sport and entertainment venue with a capacity of almost 16,000.
Images, courtesy: Birmingham 2022 / NEC Group