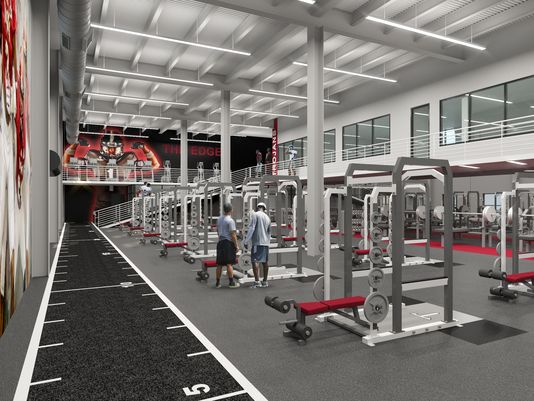 With the 7-1 Troy Trojans on the verge of a national ranking, the University announced plans last Thursday to move forward with an US$24m upgrade that will enclose the team’s football stadium.

It’s a change that second-year Head Coach Neal Brown called “crucial” to the program’s national aspirations in the years ahead. Brown added:

We want to be in that discussion for getting that New Year’s Day bowl bid. For that to happen, this facility has to happen.

According to the Montgomery Advertiser, the stadium expansion will include a north end zone facility with 402 club-level seats, a terrace space, a high-level concessions area and a 35ft by 90ft video board. The end zone facility will also include a first-floor strength and conditioning area and nutrition station; a second floor locker room, sports medicine facility, team lounge and pool; and a third floor filled with coaches’ offices, meeting rooms, video services and a recruiting lounge. The University is hoping that the expansions will be complete in time for the Trojans’ home game against Boise State on September 1, 2018.

The plans are the result of a process that began in 2010, when University officials began discussing the potential for a stadium expansion. The current project looks a lot different from earlier plans however, some of which called for the demolition of Tine Davis Field House. Under the new plan, the current field house will connect to the new facility.

Brown said they’ve been using renderings of the new facility to recruit players for his two years as head coach, and having the facility under construction will help the Trojans keep up their recruiting momentum. Once it’s finished, he expects it to change the dynamic at Veterans Memorial Stadium.

It’s gonna be loud because now we’re going to be bowled in. The jumbotron is going to add another piece for the fans.