VIDEO: The Patio Level and Suites at SoFi Stadium

In this latest episode of the Los Angeles Rams “Inside SoFi Stadium”, viewers get to tour the Patio Club, featuring landscaping unique only to Southern California, as well as the Level 5 Suites.

SoFi Stadium is the centrepiece of LA Stadium & Entertainment District (LASED) at Hollywood Park, a 298-acre world-class sports and entertainment destination being developed by Los Angeles Rams Owner/Chairman E. Stanley Kroenke. The state-of-the-art venue will also be ‘home’ to the Los Angeles Chargers.

SoFi Stadium will have a seating capacity of approximately 70,000, expandable up to 100,000, with 260 luxury suites, more than 13,000 premium seats, and over three million square feet of usable space. A 27,000SF SoFi-branded VIP activation space inside the stadium will be utilised for special events, including a dedicated SoFi lounge for its members to access, one of the exclusive opportunities the company plans to offer members as part of it’s naming-rights partnership. 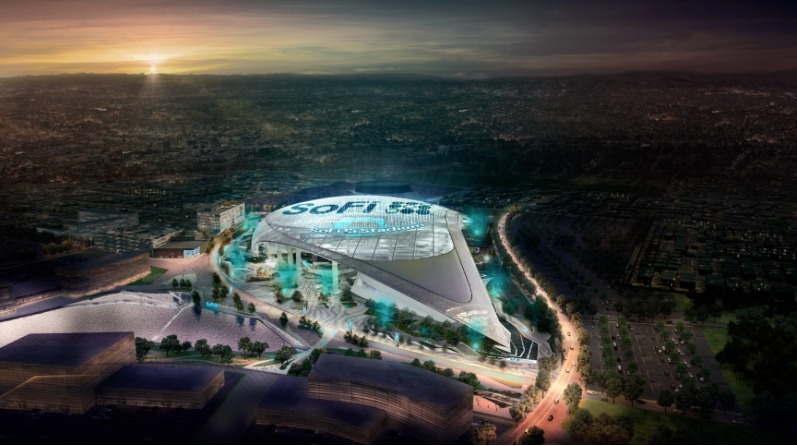 LA Stadium and Entertainment District at Hollywood Park and SoFi are partnering in a 20-year agreement that makes the digital personal finance company the exclusive naming rights partner of the new SoFi Stadium, the future home of the Los Angeles Chargers and Los Angeles Rams. Images, courtesy: SoFi Stadium / HKS

Hollywood Park will feature more than 1.5 million square feet of retail and office space initially, 2,500 residences, a hotel, and more than 20 acres of parks.

At 3.1 million square-feet, SoFi Stadium is the largest stadium in the NFL. 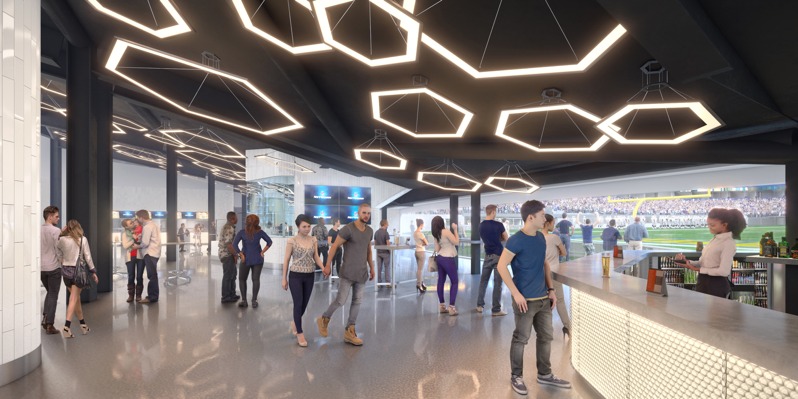 Tom Roche, who heads up Parker’s Sports and Event Division for the EMEA region, will be providing insights at ALSD International – Europe’s leading event for the Premium Seat & Sports Hospitality sector – being held at Liverpool Football Club’s Anfield Stadium this October 12-13.

The next edition of ALSD International – Europe’s leading event for the Premium Seat & Sports Hospitality sector – is being held at Liverpool FC’s Anfield Stadium this October 12-13. The high-level conference will examine how to increase revenue through new builds, renovations & service expansions, as well as via the latest technologies, and how to recoup lost revenue due to COVID-19.

The 2020 edition of ALSD International – organised and delivered by the Association of Luxury Suite Directors (ALSD) in conjunction with Sports Venue Business (SVB) – will also feature an exhibition hall showcasing the latest products, services & solutions, as well as behind-the-scenes tours of Anfield Stadium, Goodison Park and M&S Bank Arena, in addition to numerous networking events, including 1-on-1 meetings, ensuring optimised opportunities to knowledge-share, network and do business.