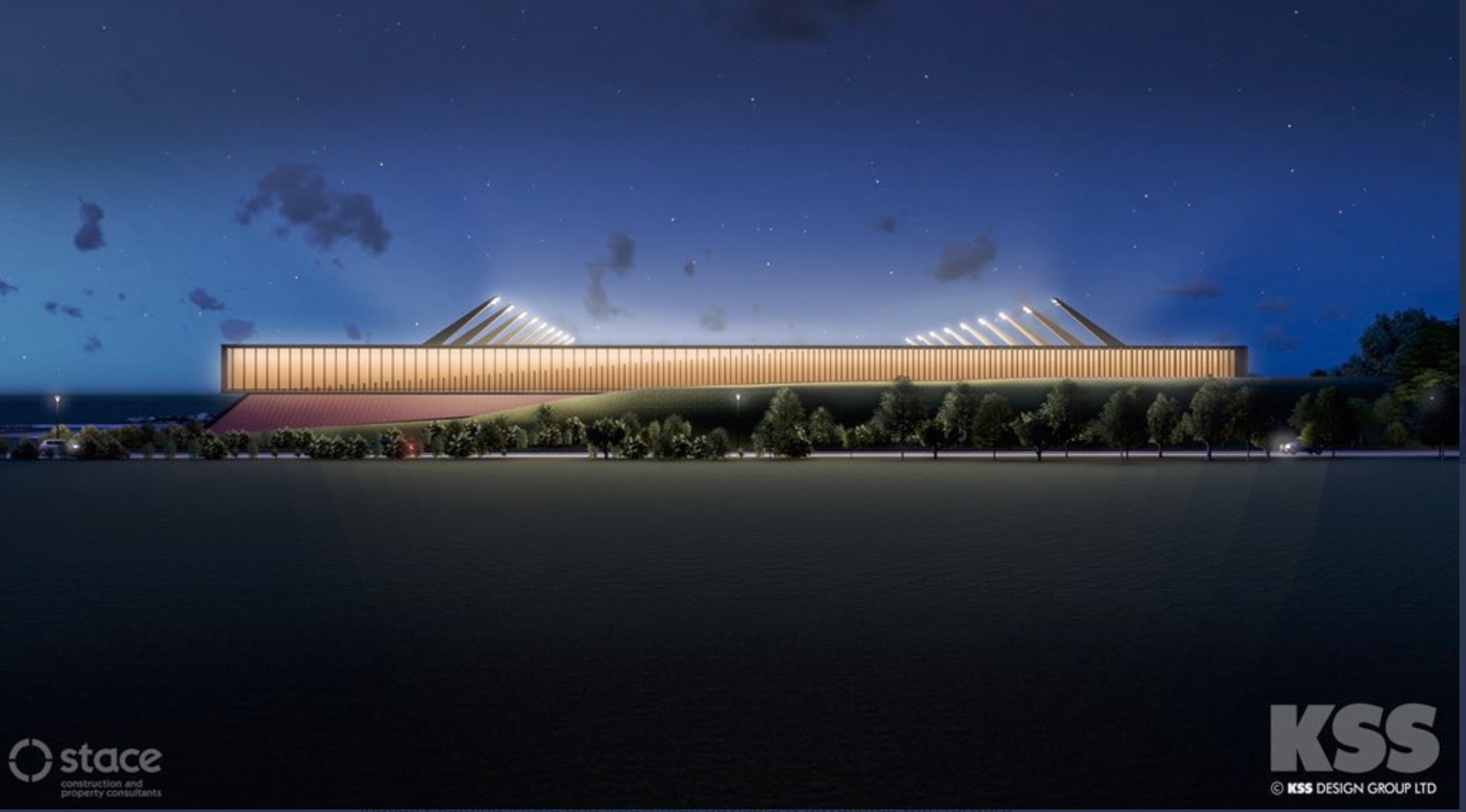 Cambridge United have announced the Football Club’s exciting new vision for a 21st century, multi-use, sustainable stadium located in East Cambridge, with the latest designs by KSS having now been unveiled.

A new possibility has been established on land included in Marshalls’ and the County Council’s call for sites, situated near to junction 35 (Quy) on the A14.

Sky Bet League Two side, Cambridge United, have therefore been working with property consultancy and Club partner Stace – who worked latterly on the development of Tottenham Hotspur’s new stadium – and with world leading architects KSS, to develop a suitable concept design that fitted with the new identified land.

The brief was a sustainable design for a sustainable location, with multi-use purposes beyond the ability to host football matches, such as concerts, conferences, extended community activities, medical centres, and a quality design fit for Cambridge with a 12,000 capacity and scope to grow. 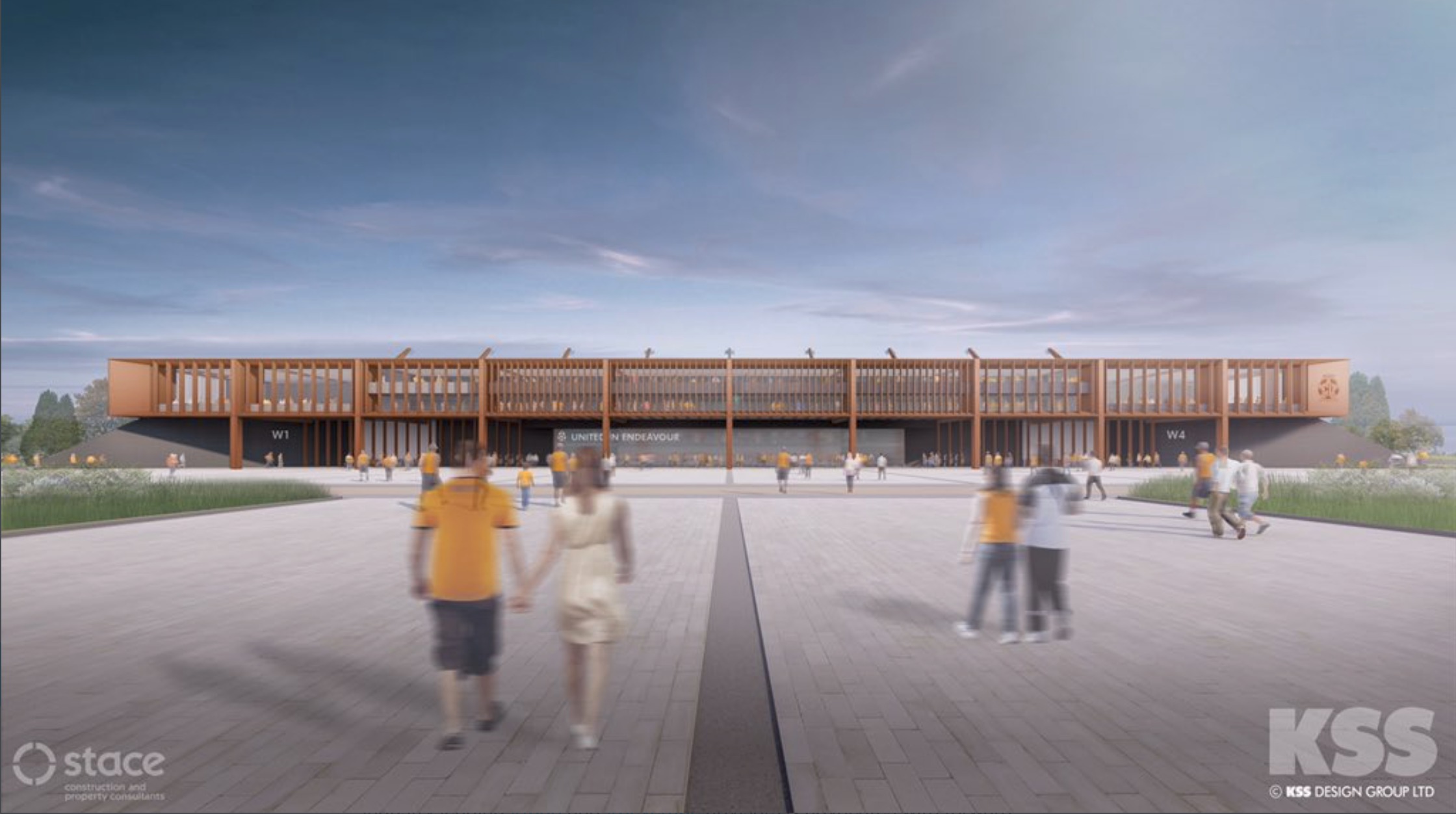 EFL Sky Bet League Two side, Cambridge United, has been working with property consultancy and Club partner, Stace LLP, along with world leading architects KSS, to develop a suitable concept design that fits with the newly identified site

Cambridge United revealed the eye-catching new designs created, which highlight the potential of what could be developed.

The journey so far: 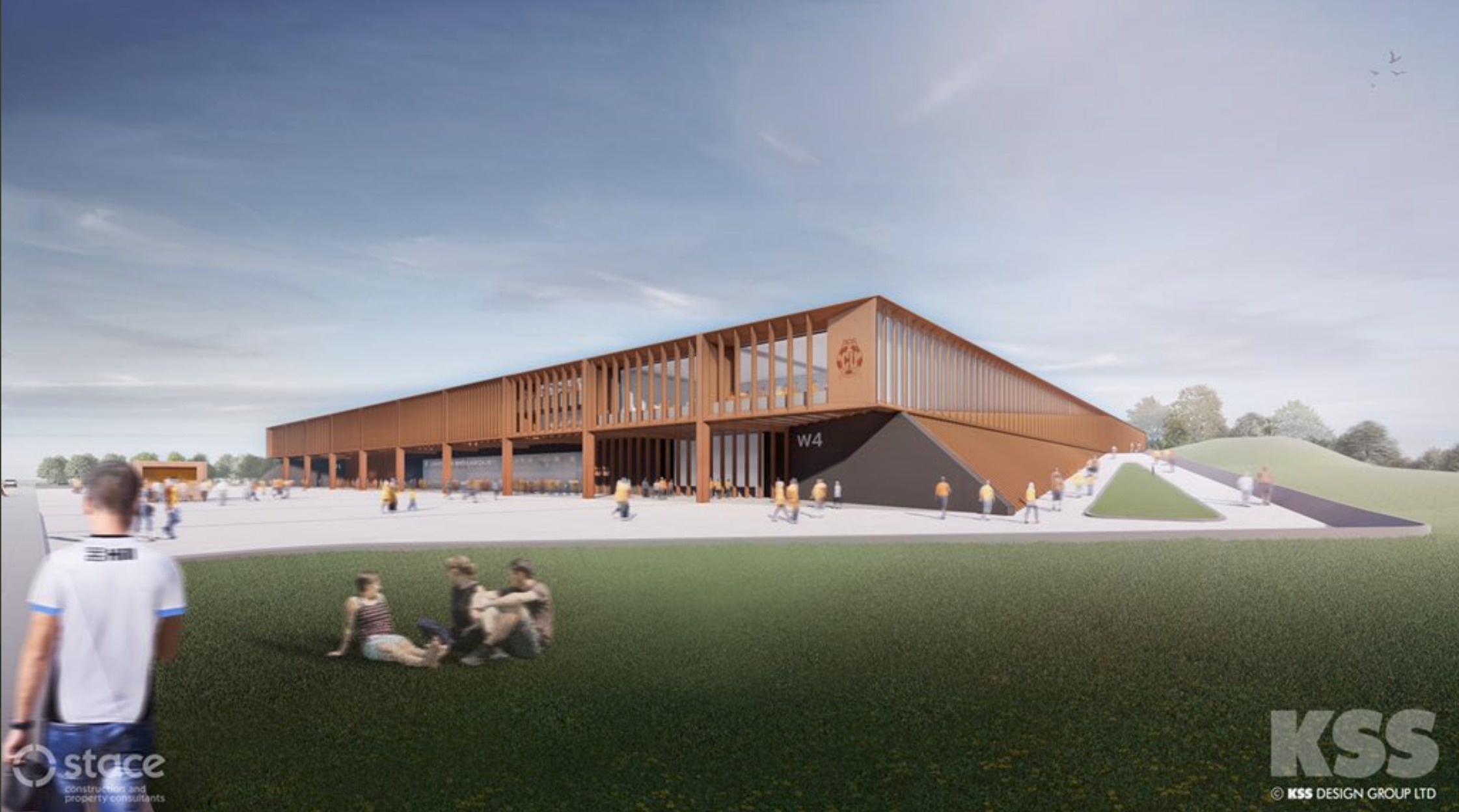 The scheme, which remains in its early stages, would be located on greenbelt land and plans for funding the development of the stadium are not arranged. However the scheme has a number of factors in its favour and primarily fits within wider plans to improve transport across the city of Cambridge, including the introduction of a new metro system that would see both the stadium and a re-located Park and Ride station as a key destination for a Cambridge east line.

Club CEO Ian Mather presented the vision to key stakeholders and companies from across the city, including the Mayor of Cambridgeshire, James Palmer, at the Cambridgeshire & Peterborough Development conference held at the Guildhall last week. Mather replicated the presentation in the video below to provide Cambridge United supporters with a fuller picture of the scheme, during which he articulates the differing factors from the Club’s previous proposals. 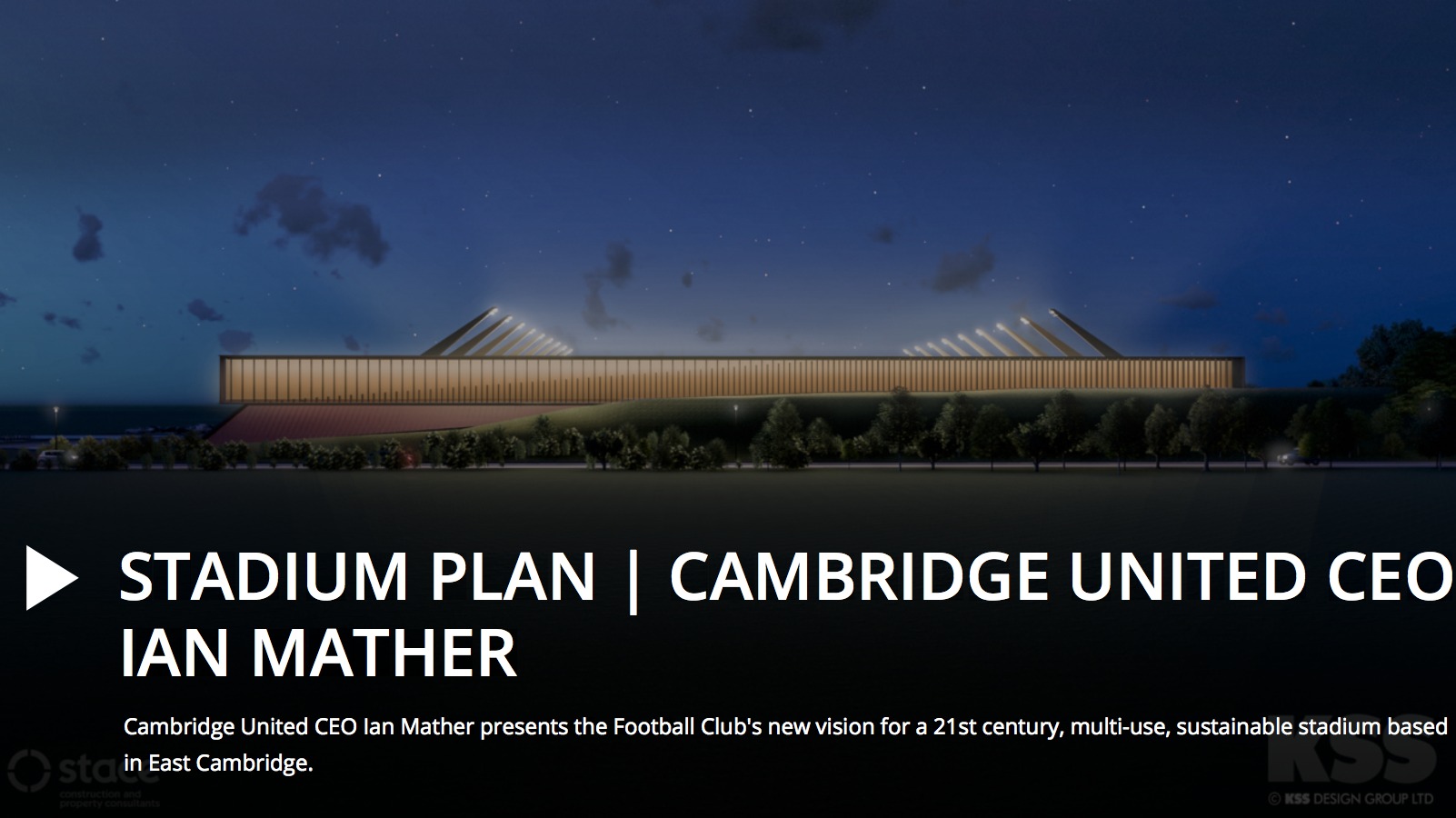 A representative for KSS commented:

KSS have been working with the football club to develop a new stadium concept which will form a key part and gateway project to a wider strategic plan for a new hub East of Cambridge.

Our brief was to design an ambitious, sustainable stadium to match the club’s multi-use aspirations of hosting football, concerts, conferences and community activities, in addition to providing a dynamic new home for the Club.

Our designs are based on the intricate and detailed Cambridge vernacular with the stadium inset into the landscape, finessing the boundary between architecture and the environment and important local ecology.

The use of timber structure and façade, along with PVs on the roof and passive/operational strategies will ensure a holistic approach to sustainable design. The transparent facade will allow the stadium to dramatically glow at night, representing the club’s colours and becoming a beacon for New East Cambridge.

KSS is a longstanding and highly valued VIP Sponsor of Sports Venue Business (SVB). For further information on their award-winning, global portfolio and services, simply click on their banner advert below…

Debbie Power, Associate Director at KSS and Ros Robinson, Head of Marketing at The FA, discussed the evolution of the premium hospitality experience at Wembley Stadium during the 2019 edition of ALSD International, where KSS were one of 30+ exhibitors. The duo took the 270+ high-ranking attendees on a development journey in the quest to create unique and compelling matchday experiences for Club Wembley members, featuring the launch of three new spaces for the 2019/20 season.