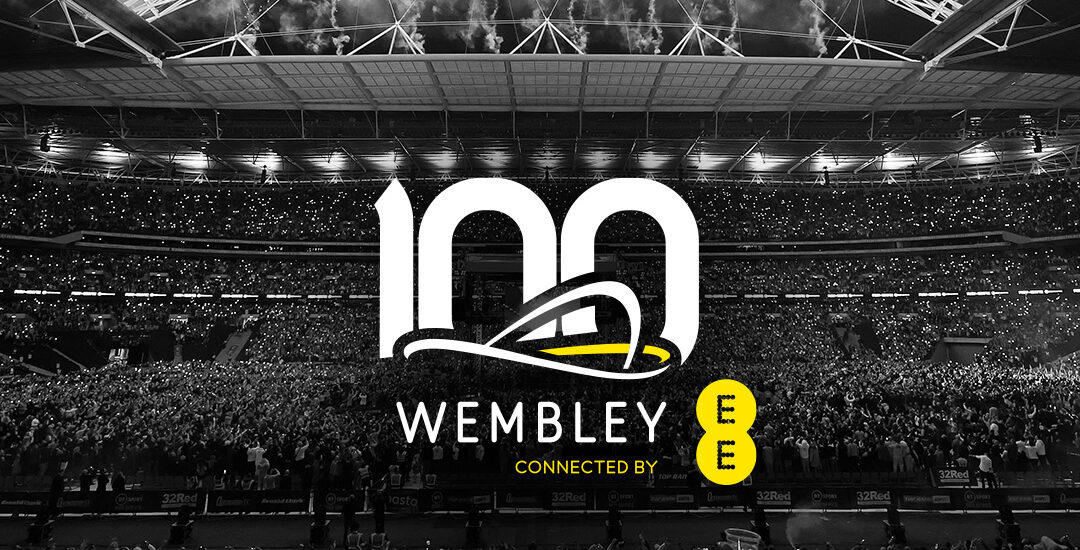 Wembley Stadium, connected by EE, is 100 years old this year. Since it first opened its doors on April 28, 1923, the venue has been home to some of the most historic and memorable moments of the last century.

From the famous white horse of the 1923 FA Cup Final to Bobby Moore lifting the World Cup in 1966, Freddie Mercury at Live Aid in 1985, through to Chloe Kelly’s extra time winner in 2022 – Wembley has been at the centre of it all.

Now, as England’s national stadium prepares to celebrate its 100th birthday, the nation is being encouraged to share in the anniversary celebrations by submitting their most memorable moments of the iconic venue. Click Link here

Wembley holds a space in people’s hearts for many different reasons. It is the place where heroes perform and idols are worshipped. The place where big things happen, and history is made.

It is also about those special, personal moments too. Seeing your side win or lose, a child’s first game or witnessing a favourite band or artist perform. We want people to share those moments with us and let us know why Wembley is so unique to them.

Although synonymous with football, Wembley has hosted a variety of sports throughout its history. Everything from the Olympics (1948 and 2012) to world title boxing fights, NFL clashes, speedway, show-jumping, Gaelic football, hurling, motorsport and greyhound racing. It has also held rugby matches of both codes and was a venue for the 2015 Rugby (Union) World Cup finals’ tournament.

Check out the video interview Sports Venue Business conducted with Wembley Stadium’s Liam Boylan back in 2021.

Wembley hosted its first music event in 1969 and since then has gone on to be recognised as a world-renowned concert venue. Madonna, Beyoncé, Elton John, Bruce Springsteen, Pink Floyd, Take That and U2 have all graced the stage at Wembley. In more recent times Adele, The Killers, Foo Fighters, BST, Eminem and Ed Sheeran have also performed there.

Perhaps its most famous musical moment though was the Live Aid concert in 1985, which was broadcast live to more than one billion people across 110 countries. More than 75 artists performed on stage that day with Queen, led by Freddie Mercury, putting on a memorable performance which to this day is still considered the greatest stadium show by a band ever.

The stadium itself has undergone huge change throughout its history. In 2001 the original building, with its famous twin towers, was knocked down to make way for a more modern structure, fit for the future.

350+ attendees were in attendance at ALSD International 2022, with its focus on delivering best practice insights and key learnings with regards to optimising revenue through New Builds, Renovations and Service Expansions. Check out the wrap video here.

The new Wembley took almost six years to build. When it did reopen for the 2007 FA Cup Final the contemporary, 90,000 all-seater stadium, capped with a 315-metre arch, was deemed one of the grandest stadiums in the world. A new era dawned, and the historic moments continued.

Wembley hosted the 2011 and 2013 Champions League finals and in 2024 it will hold a record eighth final. It was also home to the men’s EURO final in 2021 and the Lionesses famous victory at EURO 2022.

Last year more than 2.6 million people visited the stadium for a record-breaking number of events including multiple nights from musicians Ed Sheeran, Coldplay and Harry Styles.

Wembley is an iconic landmark that defines English culture and history. It holds a position in the national psyche as much as places like Buckingham Palace, Stonehenge and the Houses of Parliament.

Over the next 12 months we want to celebrate that fact and look forward to another 100 years of fantastic, history making defining moments.

For more information about Wembley’s history and to submit your most memorable Wembley moment, visit www.wembleystadium.com/about/wembley-100

All those who submit an entry will be entered into a prize draw with three pairs of VIP tickets to a Wembley event of your choice from April 1 – December 31.

Visit www.wembleystadium.com for more information about the history of Wembley and to keep up to date with the Wembley 100 celebrations. You can also follow all the action at #Wembley100 on social media.