Substantial progress has been made towards Southend United’s goal to move to a new stadium, where the Club can become a self-sustaining business, capable of competing through the leagues, something that is not possible at Roots Hall without further, unsustainable investment.

For those who are not familiar with the club’s plans, planning permission has been obtained for a new stadium and new training ground facilities at Fossetts Farm together with new substantial enabling residential scheme: www.fossetts.co.uk.

Southend United FC are working through the planning conditions to enable commencement of the first phase of works comprising the new training ground pitches. Construction of the new stadium and new residential community will then follow.

The target is to commence the 2024/25 season from the first phase of the new stadium at Fossetts comprising, initially, the south, east and west stands that will incorporate a range of corporate and entertainment spaces.

Next week, the club will be submitting a Scoping Opinion, ahead of a formal application, to refine the stadium design. Southend United are seeking permission to amend the design to achieve the following:

Southend United hopes that these refinements will lead to two principal benefits:

Importantly, the club’s architects, world renowned stadia architecture and design practice Populous, have been instructed to maintain the architectural integrity that is currently proposed.

The 2022 edition of ALSD International is being hosted at Tottenham Hotspur Stadium this September 19-20, with the main focus of optimising revenue through New Builds, Renovations & Service Expansions, with Architecture & Design, Fan Experience, Hospitality & Interiors, Premium Seating, Rebuilding & Recovery, Sales & Service, Sustainability and Technology some of the key pillars. Populous is one of the key Presenting Partner Sponsors for the event.

A capacity of 17,000 is substantially more than Bournemouth and on par with Brentford, both teams have shown themselves to be well capable of competing towards the top end of the football pyramid. Southend United’s aim is to provide an infrastructure to enable them to emulate the success that teams such as these have had.

The commercial areas will include a range of Bars, Restaurants, the Club Shop, Ticket Office and Conferencing and Banqueting space. In addition to the Supporter’s Bar in the South Stand, there will be a large bar area in the West Stand (with music and entertainment), with great food offerings throughout. Indeed, the club is using this opportunity to carefully plan the detail of the various food and beverage offerings and hope to share some exciting proposals soon.

The extra commercial space in the first phase will provide additional non-matchday opportunities, supplementing the commercial offering in the North Stand (where further enhanced commercial activity will take place). The North Stand will comprise corporate boxes, several conferencing rooms and a ballroom capable of seating 700 guests.

The club’s consultants have produced the following early visual which gives a feel of how the new stadium will look if the amendment is passed. Further images will be released in due course once the plans are further progressed. 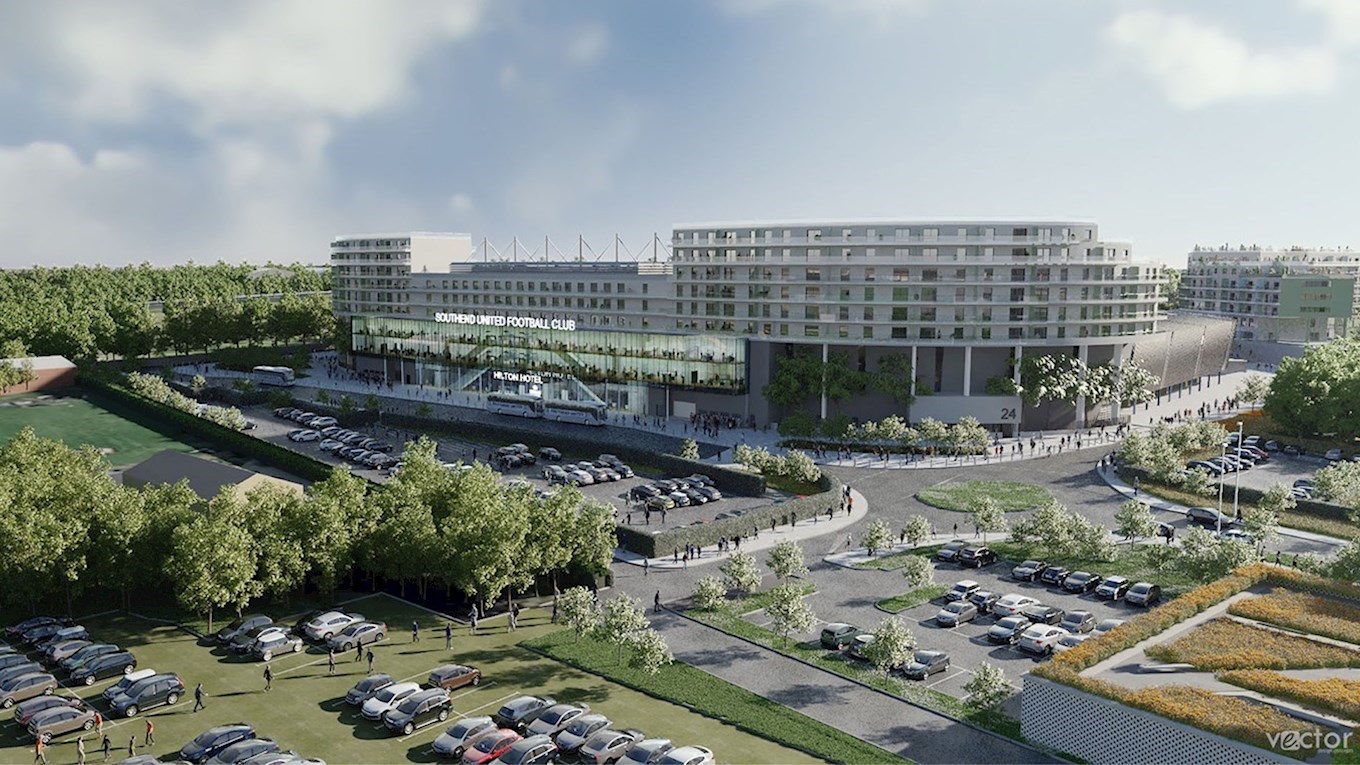 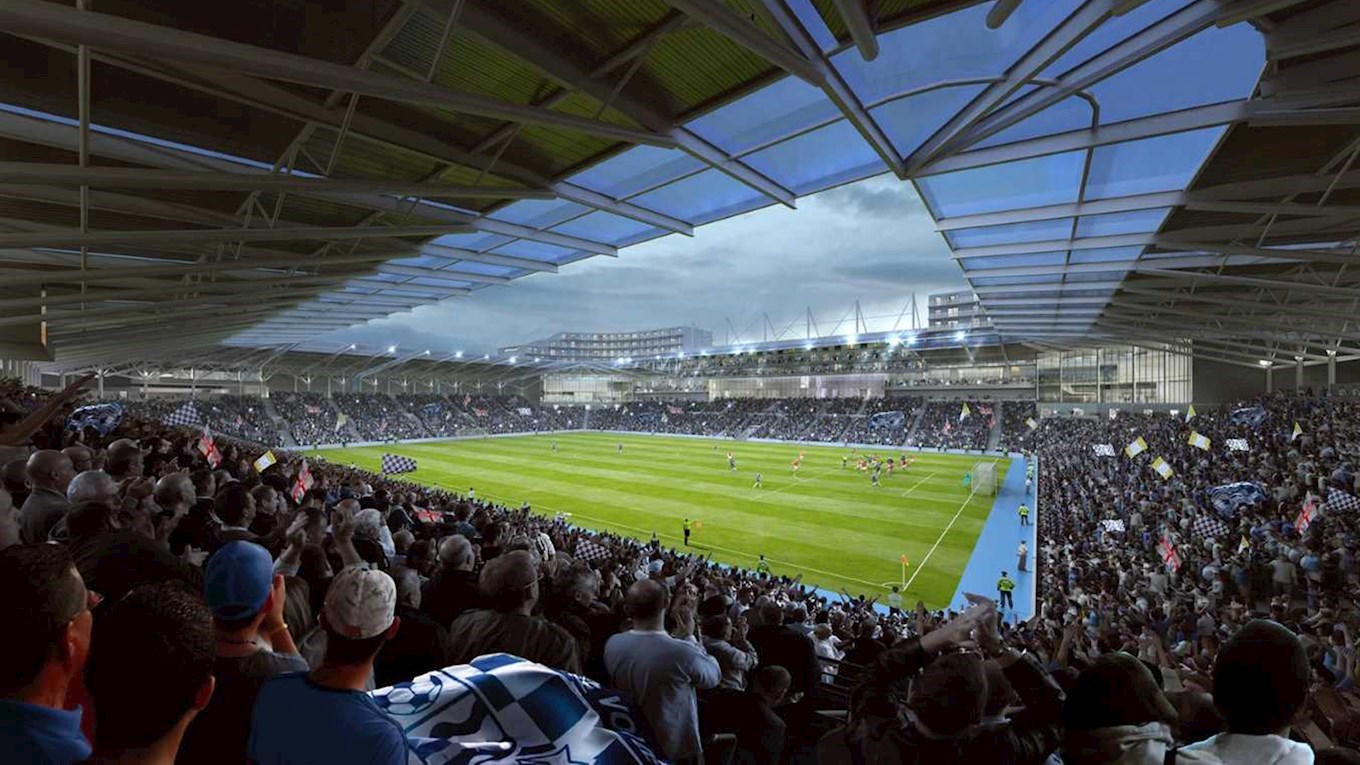