Works to commence on new Cardiff Arena in 2022 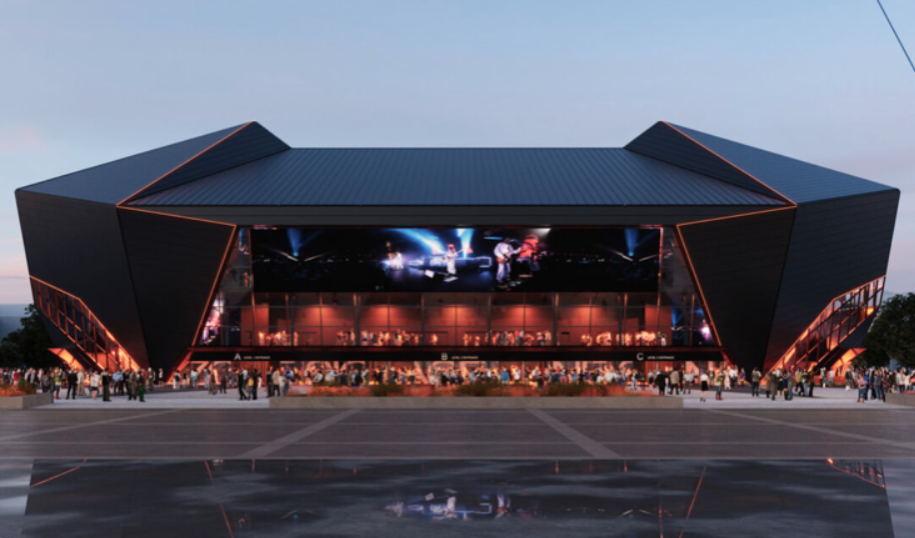 Work is set to commence on the new Cardiff Arena at Atlantic Wharf in 2022 by Robertson Group, Live Nation and Oak View Group following the securing of planning approval from Cardiff Council.

The consortium behind the new arena for Cardiff has welcomed this week’s decision by the Planning Committee to approve the plans for Phase One of Atlantic Wharf, Butetown.

Phase One of the multi-million-pound regeneration of Atlantic Wharf comprises the new 17,000-capacity arena, hotel and associated landscaping.

The consortium, who are the Council’s chosen delivery partners will now proceed with making the vision for the Arena a reality. With Robertson Group as developers and Live Nation and Oak View Group (OVG) as joint operators, the arena will offer Cardiff the opportunity to host some of the biggest names in the entertainment industry, whilst attracting millions of visitors to the city and generating wider local economic activity for hotels, restaurants, and bars.

Set to create 1,000 jobs when complete, construction of the new arena is expected to start later this year.

The Planning Department’s decision to grant planning permission for Phase One of the development underpins the Council’s commitment to regenerating Atlantic Wharf into a vibrant visitor destination within Cardiff Bay. We look forward to working with our partners to create a new destination that will not only breathe new life into the Bay area but will support local businesses and create new employment opportunities throughout the city.

We are delighted with this decision, one of the most significant and landmark developments in the region for some years, and we look forward to delivering our vision for a new arena with our partners and Cardiff Council. A world-class arena, with a global reputation for culture, will transform Atlantic Wharf for local, national, and international visitors to Cardiff, as well as facilitate job creation and economic growth in the region.

It is exciting that the plans for a new arena at Atlantic Wharf have been approved by the Council. We are now looking forward to working together with our partners and the local community to give Cardiff and Wales the top tier arena they deserve.

The new indoor arena will be a top UK visitor attraction and act as a catalyst for further investment in Cardiff Bay. The financial benefits that it will bring to Butetown and the wider area will be significant with up to 2,000 jobs needed during the construction phase and a further 1,000 jobs created once the Atlantic Wharf masterplan is delivered.

The Atlantic Wharf masterplan will see significant improvements made to the public realm and to public transport links to the Bay. The importance of the new arena cannot be understated, it will kick-start the next phase of regeneration in Cardiff Bay.

Today’s Planning Committee decision brings us closer to delivering a new indoor arena which could be open for business by 2025.

Phase One of the development formed part of a hybrid planning application that was submitted in November 2021 and has been approved by Cardiff Council’s Planning Committee, in line with the recommendations set out in the officer report.

The plans for the wider masterplan, which have also been approved by the Planning Committee, will be further developed in order that detailed applications can be submitted for up to 890 residential dwellings; 1,090 hotel bed spaces; 19,500sqm of employment floorspace (offices); 27,500sqm of leisure floorspace; 12,310sqm of retail floorspace alongside associated landscaping, drainage, bicycle and car parking and other transport infrastructure.

Both the arena and the wider masterplan are in line with Cardiff Council’s 2030 climate neutral aspirations, with energy strategies incorporated into the design and operational elements of the redevelopment set to achieve operational climate neutral positions by 2030.