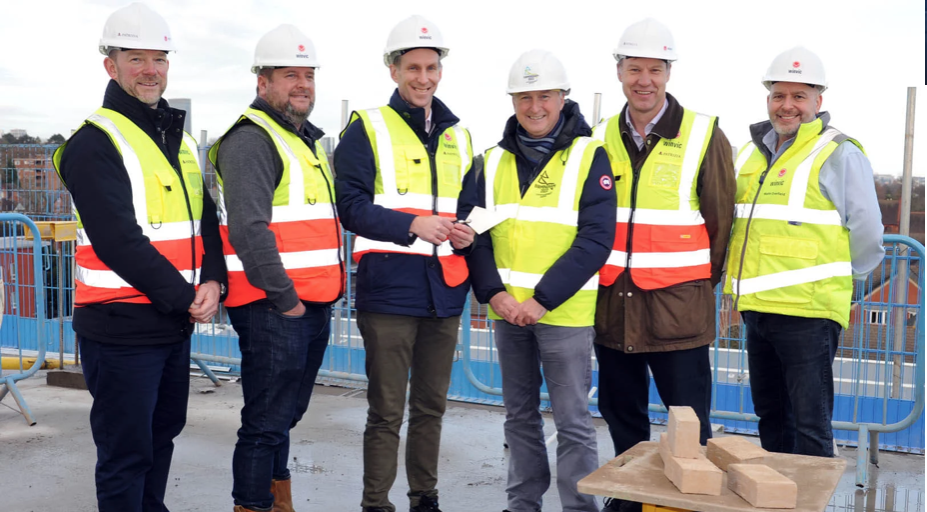 Birmingham’s largest ‘build to rent’ (BTR) development outside the city core has topped out. Councillor Ian Ward, leader of Birmingham City Council, joined PATRIZIA – owner and developer of the major scheme next to Edgbaston Stadium – to mark the construction milestone.

The 375-apartment scheme is on an 8.6 acre site fronting Edgbaston Road and Pershore Road. It will deliver high specification new homes to rent for a wide demographic, from studios to three-bed apartments, all set around a private podium garden designed by award-winning landscape architects. Amenities include a stunning roof terrace for outside entertainment, residents’ gym, 340 parking spaces and 200 secure cycle storage spaces.

In addition, around 15,000sqft of new retail and leisure space will be created on the ground floor to link-in with Warwickshire County Cricket Club’s new entrance plaza and landscaping scheme around its home of Edgbaston Stadium.

This exciting new development brings city centre standard accommodation to Edgbaston, creating a new rental hub and offering a real alternative for those looking for greener, leafier space. It caters for Birmingham’s wider demographic that wish to live in a high-end apartment close to the city, yet in the beautiful setting of Edgbaston and next to Cannon Hill Park.

As well as delivering much needed homes in a sought-after postcode, a new entrance plaza to Edgbaston Stadium and landscaped public realm – delivered in time for next summer’s Commonwealth Games – will enhance the environment for both visitors and the local community, cementing Warwickshire CCC’s home as a premier venue for world-class cricket.

The new plaza entrance to Edgbaston will be operating for its 2022 summer of major match cricket, which includes England men’s fixtures against India in a Test and T20 International, Vitality Blast Finals Day and the eight-day women’s T20 tournament in the Birmingham 2022 Commonwealth Games. 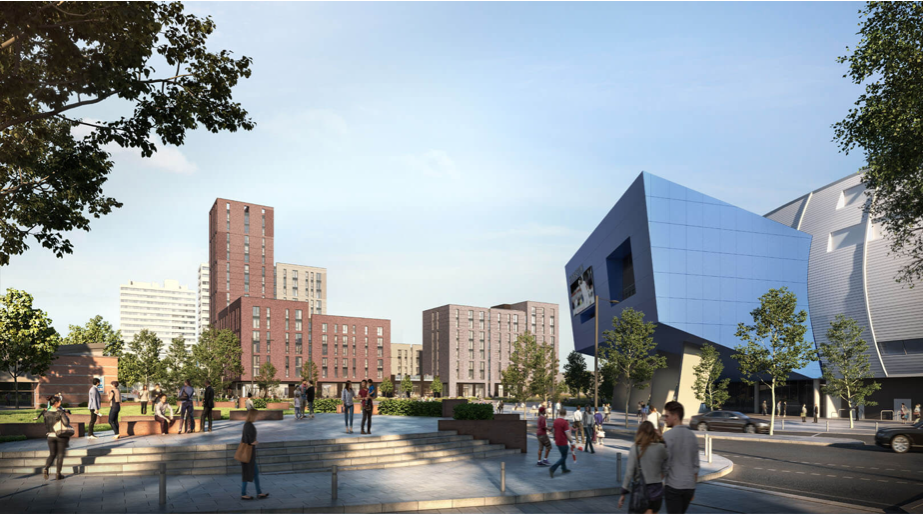 This second major phase of redevelopment at Edgbaston is not just transformational for the Club, but to our surrounding area and the local community.

With such a big programme of matches in 2022, including the Commonwealth Games, it’s fantastic that we can give the thousands of visitors a much warmer welcome to Edgbaston through the new look entrance plaza.

As well as being at the heart of our local community, we want Edgbaston to be recognised as one of the leading cricketing venues in the world and we intend to release more exciting plans in 2022 which can help us achieve this goal.

PATRIZIA is one of Europe’s top 10 real estate investment managers. It has a portfolio of more than 2,000 BTR homes under management or in development in the UK and Ireland, with more than a third of them in Birmingham.

Birmingham has one of the largest private rental sectors outside London and PATRIZIA is at the forefront of delivering homes for this growing community.

We are long-term investors in cities and always aim to make a positive contribution to communities through our real estate expertise. As well as first class amenities, we will be seeking WiredScore Platinum certification for internet connectivity – a standard more commonly associated with commercial buildings.

We are also prioritising wellness of residents within the design by targeting Fitwel certification, an international standard of rating a building based on its occupiers’ health. The building will also achieve a Homes Quality Mark certification, making it one of the first BTR developments to obtain this accreditation, attesting to high standards of build, running costs, health and wellbeing, and sustainability.

The development is designed by leading architects CRTKL and the principal contractor is Winvic. Construction will complete in Q4 2023.