It has been announced that the ASM Global managed, ARENA Oberhausen in Germany will be renamed, after exactly 20 years flying the flag for the Koenig Brewery. Beginning 1 January 2022, the arena will be known as Rudolf Weber-ARENA, in the largest naming rights deal in the Oberhausen-based venue’s 25-year history.

With it’s headquarters in Essen, Germany, Rudolf Weber Gebäudereinigung und Gebäudedienste GmbH & Co. KG is one of the leading providers of building services, cleaning over 73,000 hectares every year.

A family-run business with an impressive 85-year history as a trailblazer in its field, it is now managed by Andreas Weber, the third generation of the Weber Family. The company recently won the contract to provide cleaning services at ASM Global’s Oberhausen ARENA, as well as other non-ASM Global venues in Hamburg and Berlin, Germany.

We are very pleased that the ARENA Oberhausen will bear our name from 2022 onwards. As a company that operates nationwide and is firmly rooted in the Ruhr region, it is both an honour and an obligation for us to be able to support the ARENA Oberhausen, which is known far beyond the region’s borders, as a naming partner in the future.

This partnership between Rudolf Weber and ASM Global, the premier venue management and services company in the world, brings together two professionals in facility management.

We are proud to have found another strong partner with whom we will be moving into the future alongside, and would like to extend a warm welcome to Rudolf Weber Gebäudereinigung. It is exciting to partner with a company whose values align so closely with ours here at ASM Global, including sustainability, safety and sanitization. What’s more, with many of Rudolf Weber’s employees based in the areas surrounding the venue, we are pleased to join forces to support the economy in the Ruhr region.

The partnership between the two organisations is especially crucial in the modern world where hygiene and cleanliness are at the forefront. ASM Global’s VenueShield program, the industry-leading environmental hygiene protocol that is deployed at the venue, provides the highest levels of cleanliness and safety. Rudolf Weber will apply decades of experience and knowledge to the operation. Together the partnership will support efforts and measures that are already in place through AMS Global’s VenueShield, elevating the experience and enabling everyone to return to the venue with confidence.

Tom Lynch, Group Commercial Director and Senior VP, Europe, ASM Global, is a regular face at ALSD International events, having most recently joined a panel session focused on “The Future of Premium Seating” alongside representatives from Everton, Co-op Live and RLWC2021 Hospitality, at the 2021 edition, hosted by Liverpool FC.

With twelve Rudolf Weber locations in North Rhine-Westphalia, Schleswig-Holstein, Lower Saxony, Hesse and Rhineland-Palatinate and the supra-regional recognition of the company name, the excitement surrounding the introduction of the new Rudolf Weber ARENA will further amplify the position of the facility in the region.

I can already promise one thing. We will continue to create unforgettable experiences for our guests under the new name ‘Rudolf Weber-ARENA’ – true to our motto ‘Imagine the Experience!’

While no longer the naming rights partner, König Pilsener, a brand of the Bitburger Brewery Group, will remain a partner of the ARENA Oberhausen, continuing to supply its range of beverages to all guests.

The Ruhr region and the ARENA Oberhausen remain very close to our hearts. That is why we have strategically realigned our cooperation with the arena and successfully extended our contract for serving rights for beer and exclusive advertising rights into the future. We would like to thank the entire team at the König-Pilsener-ARENA for 20 years of successful, always cooperative and constructive collaboration to date and are proud to continue to be a partner of the arena.

The trusting cooperation is a major reason why we have achieved the goals we set when we took over the naming rights and can now set a new focus. We are very pleased that visitors will continue to be able to enjoy König Pilsener in the arena. At the same time, we wish Rudolf Weber Gebäudedienste every success as well.

In other exciting news for one of the world’s leading producers of entertainment experiences, venue management and event strategy, ASM Global has named Chris Bray executive vice president, European operations, with responsibility of all aspects of ASM’s European business.

Bray who will be based in Manchester, England, is a 30-year veteran in commercial, operations, entertainment and strategic development within the high-street retail, leisure and hospitality industries most recently for the past six years as CEO for sports and leisure, UK&I, delivering exceptional experiences at Sodexo, the global contract catering and facilities management company employing 420,000 people across 80 countries. 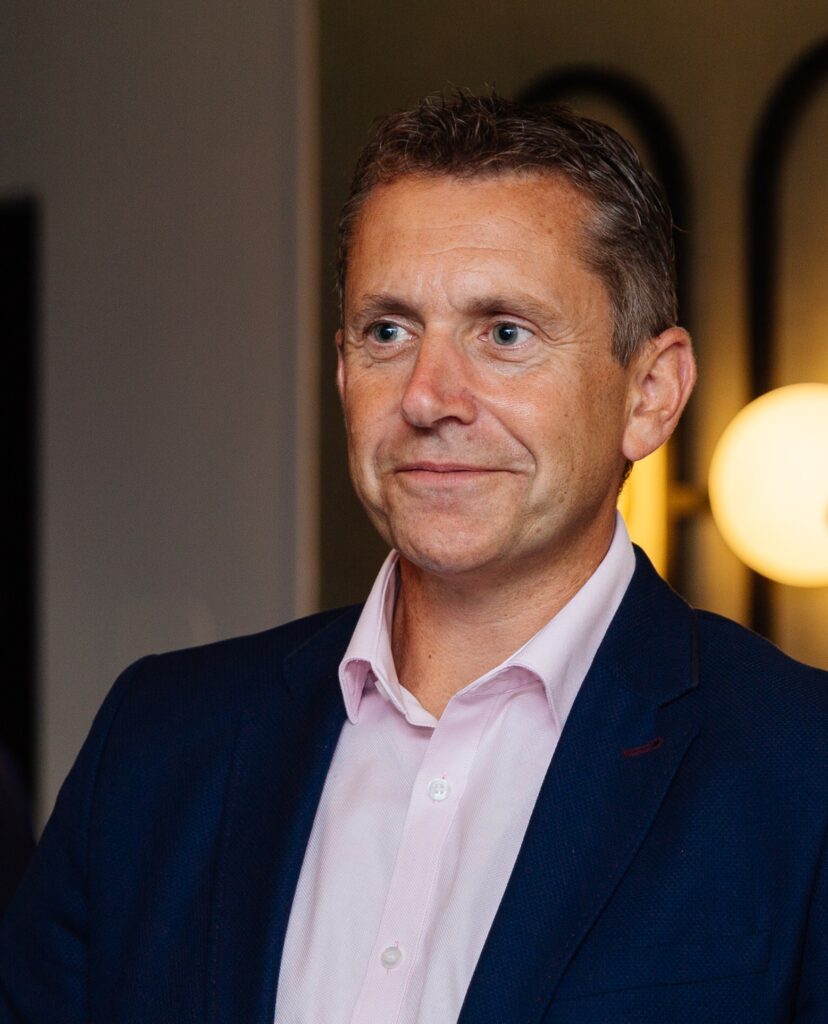 Chris has been responsible for a business portfolio tasked with delivering exceptional experiences at some of the most prestigious sporting and event locations across the UK such as Ascot Racecourse, Chelsea Flower Show, Brighton and Hove Albion FC, Newcastle United FC, as well as the National Gallery and other iconic day visitor experiences across the country. We’re confident that he will execute tremendous value creation, organic growth and new business initiatives.

Two-year-old ASM Global, which continued its robust expansion during the height of the pandemic, is planning continued growth in Europe.

It’s an exciting time to be joining ASM Global as it accelerates its growth ambitions across the globe. Recent wins in Europe including Newcastle Gateshead Quays, Derby Arena, Cantu Arena and Södra Teatern are testament to the exceptional capabilities of our European teams and the confidence that our clients have in our ability to deliver innovative services and world-class live experiences for their guests. I am really looking forward to working with the teams to build upon the great work they have done.

Within Europe, ASM Global operates many of the region’s marquee properties with a portfolio encompassing eight countries with a leading presence in the U.K., Sweden and Germany. Flagship venues include AO Arena in Manchester, Avicii Arena, Tele2 Arena and Friends Arena in Sweden and Koenig Pilsner Arena in Germany, which will become Rudolf Weber Arena in January 2022.