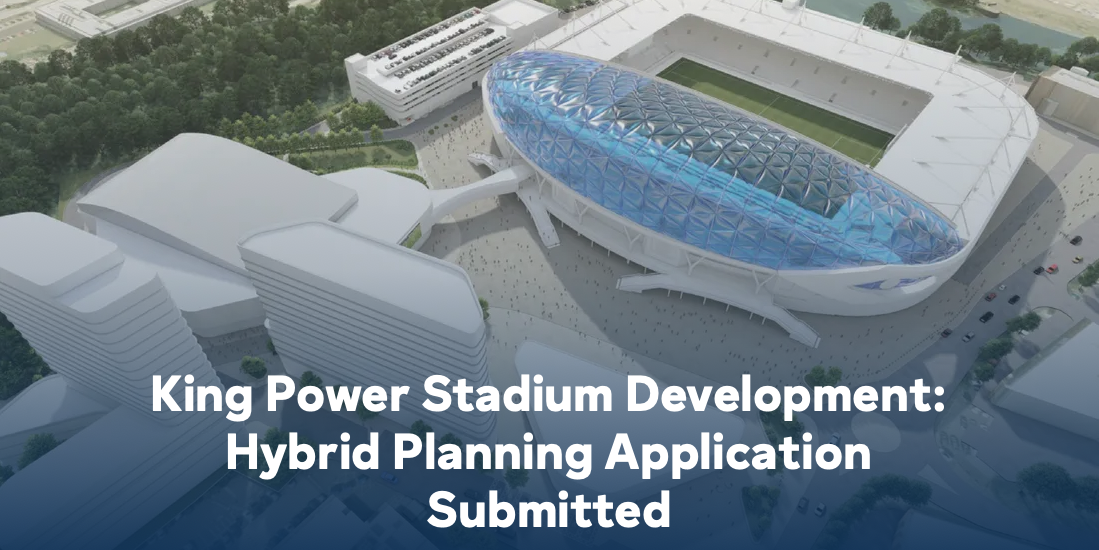 The submission follows an extensive pre-application public consultation, which ran between August and September this year. During this period, the Club received thousands of pieces of written and in-person feedback from stakeholders throughout its communities, including local authorities, businesses, community groups, neighbours, fans and other interested parties.

The response during the consultation period was overwhelmingly positive and the Club would like to express its sincere thanks to all participants for the level of engagement and constructive, valuable feedback that has contributed to the hybrid submission.

The application will now be validated by Leicester City Council before being determined by the planning committee in the first few months of next year. Ahead of that decision, the Club hopes to be given permission to start some early enabling works on site, which it applied for last month.

Since introducing its proposals to the public in August, the Club has completed the acquisition of a further property adjoining the site, previously occupied by EON. While this area does not form part of the current hybrid planning application, its acquisition will enable Leicester City FC to consider its potential role in the site’s future development in due course.

The Club extended thanks to its external project team – including project managers Legends International; planning and development consultants Turley; and architects KSS – for their ongoing contributions, and Leicester City Council for its participation and consideration for the project to this stage.

KSS is a longstanding sponsor of Sports Venue Business and ALSD International, with Debbie Power, Associate Director and Nick Marshall, Director, KSS, both speakers at the 2021 edition, hosted by Liverpool FC. Leicester City’s Head of Sales, Alistair Spiers, was one of the 200+ registered attendees.

Having now shared our proposals with a diverse range of stakeholders in the city, the Club’s belief in the project’s transformational potential has been strengthened. We look forward to continuing to work with our community partners towards the realisation of that vision.

The 2021 hybrid edition was hosted by Liverpool Football Club September 6-7 and featured a high-level conference with 40+ high calibre industry professional speakers, an exhibition hall showcasing products & services, as well as networking events at Everton’s Goodison Park and M&S Bank Arena. The 2022 event will be announced in the coming weeks, so watch this space!