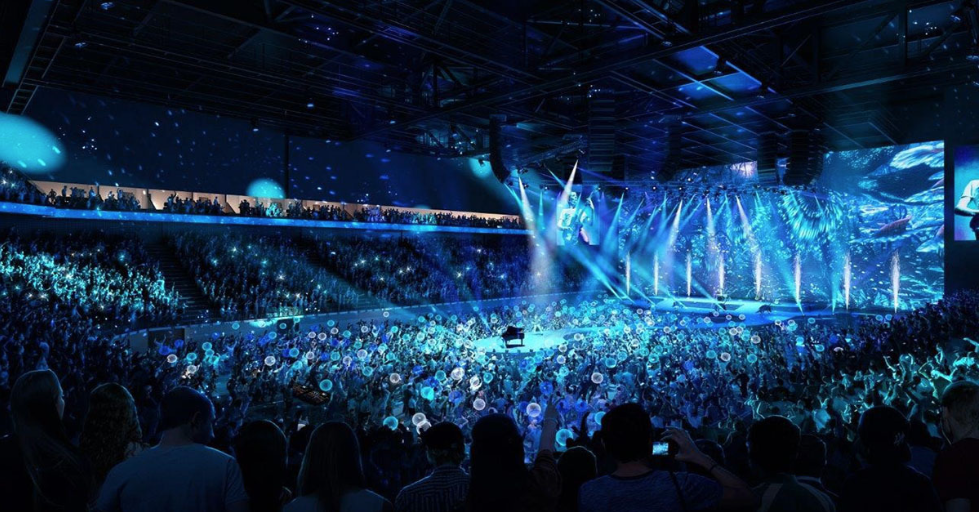 Live Nation and OL Groupe have signed a long term commercial agreement that will begin with the creation of the new Lyon-Decines Arena, a 16,000 capacity venue that will host around 100 concerts and events per year. The Arena will be located on the Olympique Lyonnais valley site and is on track for completion at the end of 2023.

Live Nation has worked with OL Groupe since Groupama Stadium opened in 2016, delivering premier concerts and international tours including artists such as Rihanna, Coldplay and Ed Sheeran to the stadium.

This partnership continues to take on a new dimension, adding the new Lyon-Décines Arena to the catalogue of compelling performance venues Live Nation books, including the company’s own global portfolio of 200+ venues.

France is a country that lives and breathes music and entertainment, and we’re proud to bring a new arena to Lyon that will make it front and centre for live entertainment by opening up a whole new touring market.

The new, modular Arena will be adaptable to the type of event, of which there are slated to be 80-120 per year. It will have a capacity of 16,000 for concerts and 12,000 for sporting events.

It will be equipped with three stands facing the stage and a fourth removable one for use during sporting events. The space will also host eSports events, which will complement the programme of sporting events scheduled in the Arena.

Lyon-Decines Arena and the events it hosts will drive economic benefits to the local community, through jobs, tourism, hospitality, tax revenue and more.

This partnership between these iconic names in the world of sport and entertainment will put Greater Lyon back on the circuit of major international music events.

This agreement with one of the world’s leaders in musical entertainment is a long-term one and breathes life into the OL Valley Arena project. We are extremely honoured to have Live Nation alongside us, enabling our city to welcome high-quality international stars who will draw in spectators not only from Lyon but also from the surrounding region and beyond.