Following the UK Government Sports Minister, Nigel Huddleston, having instructed the Sports Grounds Safety Authority (SGSA) to take the first steps in creating licensed standing areas at Premier League and Championship clubs from 1 January, 2022, the SGSA has confirmed the receipt of applications from six clubs, which it is currently reviewing, ready to make recommendations to the DCMS.

Football clubs subject to the Government’s all-seater policy were invited to apply to offer licensed standing areas, as part of an ‘early adopter’ programme.

The historic announcement was a vital step towards fulfilling the Government’s manifesto commitment to introducing safe standing areas at football grounds.

Clubs had until 6 October, 2021, to submit their applications to the Sports Grounds Safety Authority (SGSA) to become an early adopter. If approved, they will be able to offer licensed standing areas from 1 January, 2022.

Clubs have to meet a number of criteria to receive Government and SGSA approval to have licensed standing areas, including:

The licensed standing areas will be independently evaluated from their introduction in January for the remainder of the 2021/22 season. Other parts of the ground will remain all-seated and fans will be expected to sit in these areas.

We have been clear that we will work with fans and clubs towards introducing safe standing at football grounds providing there was evidence that installing seating with barriers would have a positive impact on crowd safety.

With independent research now complete, and capacity crowds back at grounds across the country, now is the right time to make progress. I look forward to hearing from clubs who wish to be part of our early adopters programme during the second half of this season.

The focus of the SGSA is the safety and enjoyment of all fans at sports grounds. We know many fans want the choice to stand and, with the advent of new engineering solutions, our research has shown how this can be managed safely. This announcement will enable us to properly test and evaluate licensed standing areas before the Government decides its next steps.

The introduction of licensed standing areas follows research conducted during the 2019/20 season, prior to the onset of the pandemic, which found that seats with barriers/independent barriers helped reduce the safety risks related to persistent standing.

The September announcement affects clubs subject to the Government’s all-seater policy. That is, clubs in the Premier League and Championship, or any who have been for three or more seasons since 1994/95, along with the Wembley Stadium and the Principality Stadium.

The early adopter criteria and support guidance set out the standards which need to be met, including the standards for the seats incorporating barriers/independent barriers. 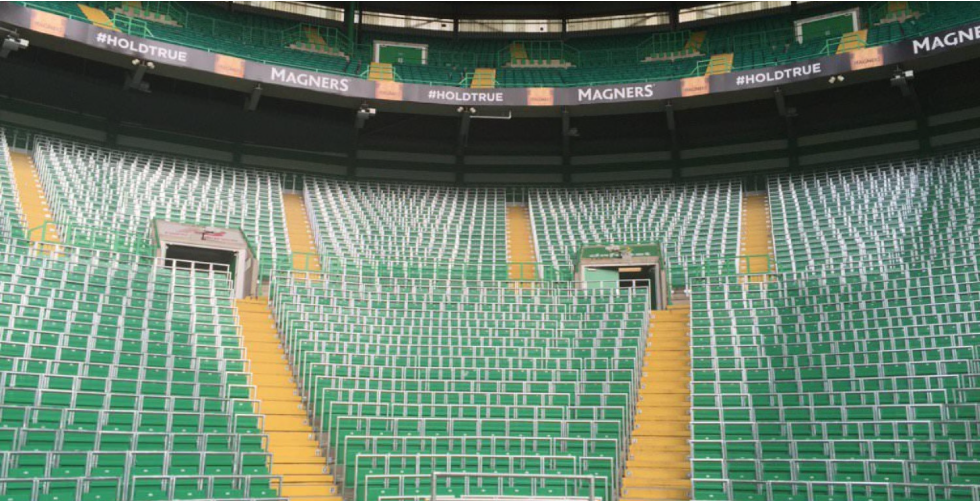 Applications to become early adopters of licensed standing in seated areas for the 2021/22 season are now closed. The SGSA is currently reviewing the applications and will provide advice and recommendations to DCMS for final decision.

The SGSA confirmed that six applications have been received from Premier League and Championship grounds.

Premier League club Tottenham Hotspur and Championship team Cardiff City have both confirmed to the press that they have applied to take part in the scheme. Spurs said in a statement that it had accepted an invite from the SGSA to apply for a licensed standing area, while Cardiff confirmed it is installing seats with independent barriers across all seven bays in the back five rows of the Canton Stand at Cardiff City Stadium.

The Club has led on lobbying the Government for safe standing at stadia and is delighted that this will now be possible. It delivers choice for fans attending the game – whether home or away supporters – and the vast majority of our fans are in favour of this scheme. We are extremely proud of our ‘safe seating’ design, which ensures both comfort and safety, whether standing or seated, while maintaining the same aesthetics as in all other areas of the stadium.

Chelsea and Manchester United have also fitted rail seating areas and it has previously been reported that these two clubs, along with Manchester City, Wolverhampton Wanderers and Bristol City, would be among those to be first in line for the trials.

Premier League club Liverpool – hosts for the 2021 edition of ALSD International – has not applied to take part, as it is already trialling its own rail seating area at Anfield.

The announcement on the grounds to become early adopters is due to be made towards the beginning of November.