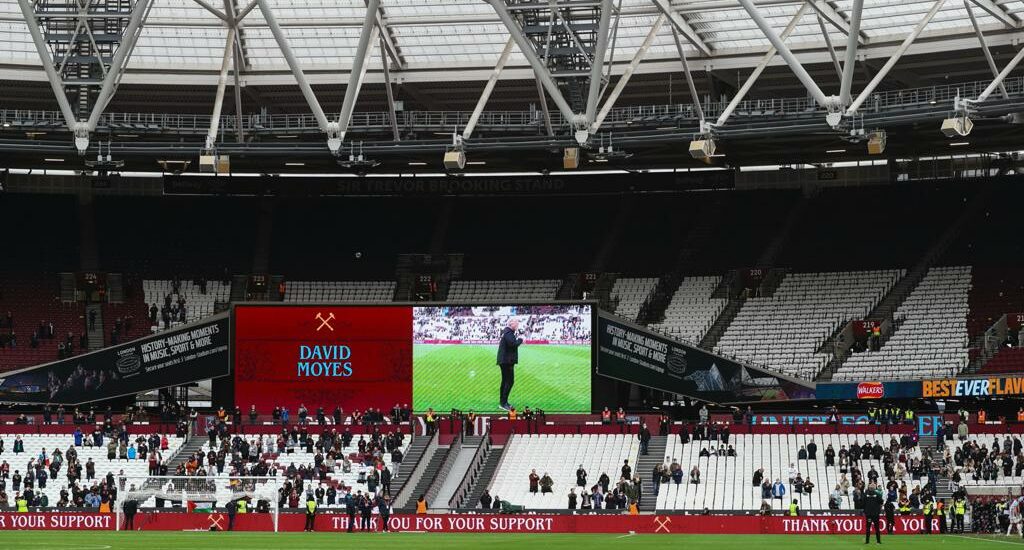 West Ham United continue to make huge strides in enhancing the matchday experience for their supporters at London Stadium. On Sunday 23 May, 10,000 West Ham fans returned to the venue to watch their team achieve a record points total in the Premier League and secure Europa League football next season, with those sitting in the lower tiers behind each goal enjoying a new view of the action after a reconfiguration of London Stadium.

The Club reconfigured the lower tiers Bobby Moore and Sir Trevor Brooking Stands, bringing them closer to the pitch and squaring them off as next step to improving the overall supporter experience at the stadium, and create a more traditional football stadium environment – something its supporters wanted and the Club has delivered.

The reconfigured lower tier stands are designed to be compatible for rail seating, to allow them to be adapted in future should there be any changes to Premier League guidelines on safe standing.

These improvements have added to the latest enhancements at London Stadium, which include the naming of the Billy Bonds Stand in 2019 and introducing more Claret and Blue branding over the last year, with the designs also improving access to amenities on the concourse.

Safety rails have been also been installed for around 3,000 supporters in the Sir Trevor Brooking Stand upper tier, to ensure a safe experience for both home and away supporters. Following an open tender process, Arena Group was appointed to install the safety rails, with the Club, the Sports Ground Safety Authority (SGSA) and the licensing authority, LB Newham, all consulted and supportive of the move.

Elsewhere, a new state-of-the-art LED floodlight system is now in place for evening fixtures, including those eagerly-anticipated Europa League nights in 2021/22, to further enhance visibility and uniformity for players on the pitch and for supporters in their seats. In addition to benefits of clarity and brightness, the LED lights also improve energy efficiency and promote sustainability, acting as a longer-term solution for event lighting at the Stadium.

You would be forgiven for thinking it has been quiet during lockdown at London Stadium; far from it. We are constantly looking to build on every element of the venue, so while the Stadium has been closed, we have taken the opportunity to carry out upgrades and essential work to improve the visitor experience.

In the past year, we have brought the seats closer to the pitch in the north and south stands, installed a high-density Wi-Fi system – giving visitors fast, free and stable connections – supported by a 5G upgrade to the EE network, which will improve the speed and efficiency of cashless transactions, a real benefit for retail and refreshment points of sale. The floodlights have been modernised to energy saving LEDs, improving visibility on the field of play and making cutting edge special effects possible at concerts and other events.

On Sunday [May 23] we welcomed 10,000 fans back for West Ham’s final game of the Premier League season, after delivering strictly controlled matches behind closed doors for over 14 months.

As you can imagine, bringing a stadium of this size to life poses significant challenges. We have carried out important work to ensure the fans have a safe and enjoyable environment to watch the game, installing over 2,000 pieces of additional signage and hundreds of new hand sanitiser units throughout the concourses and hospitality areas. A socially distanced plan for the seating of ticket holders has been devised in conjunction with transport, police and safety teams, in compliance with the latest government COVID-19 guidelines. All this in addition to the comprehensive cross-stakeholder work that has gone into readying the rest of the Stadium and Park to accommodate the fans and opening up food and beverage outlets

We hope this fixture is a positive sign of things to come as we look forward to the potential for events in the summer and the return of crowds for the 2021/22 Premier League season. 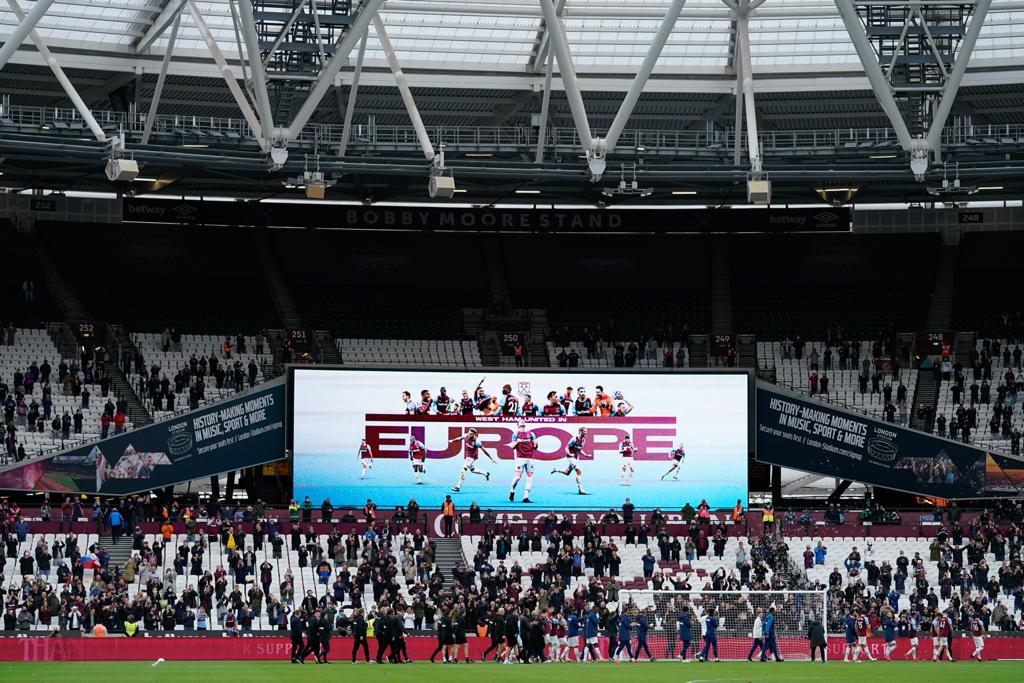 The Hammers’ supporters, who are renewing their Season Tickets in record numbers for the new season, continue to be contacted directly by the Club regarding enhancements at London Stadium.