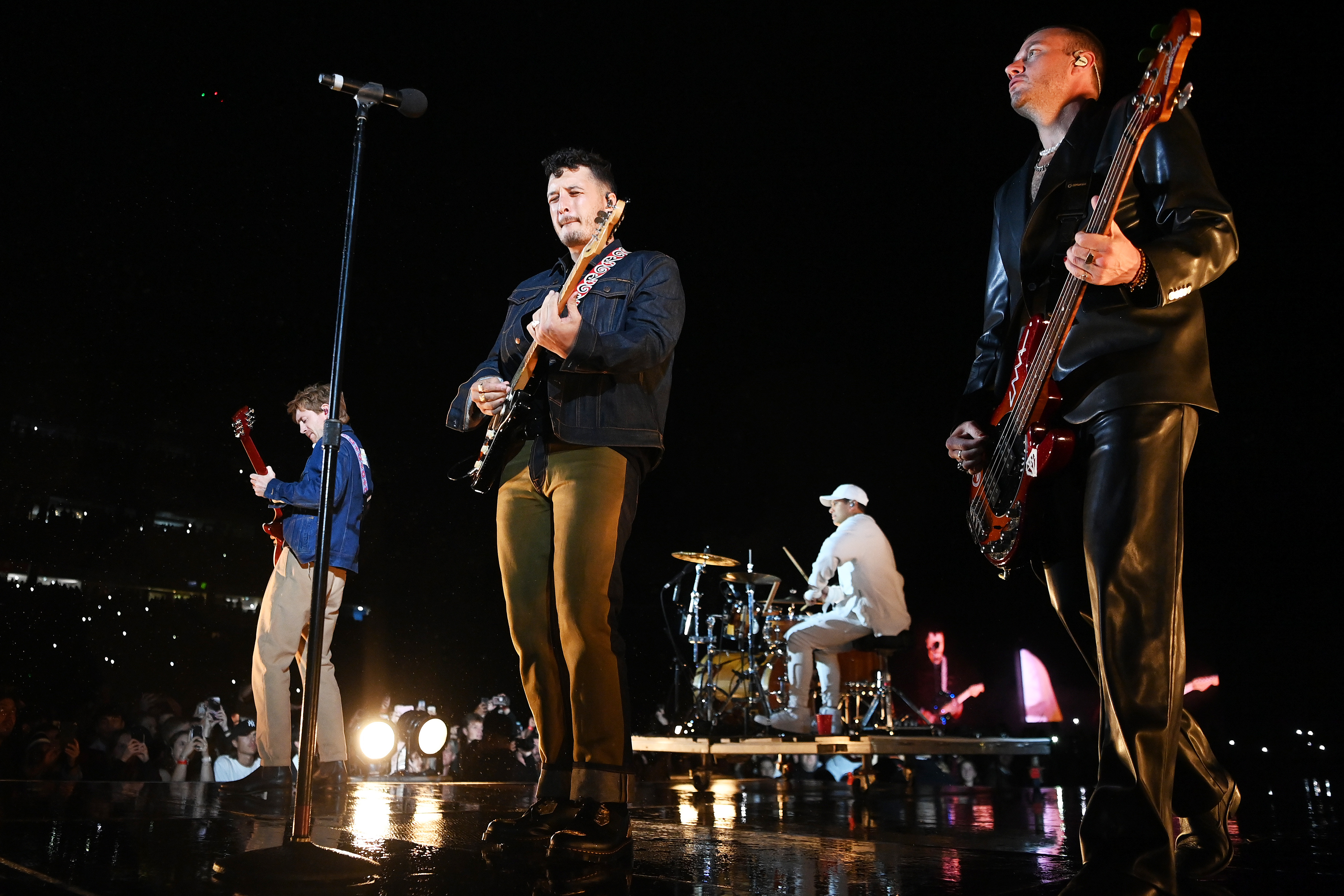 Eden Park made history on Saturday night, hosting its first concert and the largest live music event since the start of the Covid-19 pandemic. SIX60 performed to a sold-out crowd of more than 50,000 fans, with millions more tuning in around the world.

Commenting after the historic event, Eden Park Chief Executive Officer, Nick Sautner, said he was delighted with the success of the concert, which has been a long time in the making for the 118-year-old venue:

We’re thrilled with how tonight went. It’s fantastic to see so many people here to celebrate the start of a new era for New Zealand’s national stadium as a truly multipurpose venue.

Tonight’s concert was an inclusive and inviting experience for fans of all ages – from kids enjoying their first concert to grandparents who have been waiting a long time to let the music play at Eden Park.

Getting here has been a collaborative effort between our team, SIX60 and their promoters, Auckland Council and most importantly our local community. We wouldn’t be here without their support and we’re enormously grateful. Tonight has demonstrated why Eden Park is New Zealand’s venue of choice for concerts.

Eden Park is New Zealand’s largest, most accessible and well-connected stadium, with excellent transport connectivity, facilities for all demographics and proximity to urban centres where fans can stay, eat and drink.

Of course, there are always areas to improve and we’ll continue working side by side with our community to do so.

Concerts at Eden Park provide a much-needed lift to the economy, directly benefiting businesses, which have been hard hit by the pandemic.

This goes well above and beyond even our biggest sporting fixtures in terms of driving patronage to businesses in the surrounding area.

Since Eden Park was granted permission to stage up to six concerts per year in January, teams have been working around the clock to deliver a safe, successful concert in line with the consent conditions.

A lot of hard work has paid off tonight and I’m enormously proud of our team.

In preparation for Saturday night’s event, Eden Park ramped up its usual security and crowd management measures, including a 40% increase in security and enabling a permanent connection with NZ Police’s SaferCities network.

The first concert has already led to investment in Eden Park, which will future-proof the stadium for upcoming events, including more concerts and three World Cups in 2022/23. This includes a new partnership with Spark to make Eden Park the only 5G-enabled stadium in a New Zealand, as well as a range of infrastructure projects.

Mayor Phil Goff says that being able to hold concerts is a big achievement for Auckland:

From opening the trans-Tasman bubble on Monday to hosting a near 50,000-person concert on Saturday, our city has shown the world this week that in the midst of a global pandemic, we can live close to normality in Auckland.

The success we have had in containing Covid-19 is world leading. This concert, as well as other major events we have hosted in recent months such as The 36th America’s Cup, Pasifika and the Auckland Arts Festival, are possible because of the collective efforts of all Aucklanders to stop community transmission of the virus and enable people to go about their lives and the economy to recover.

Since the hearing, Eden Park has been inundated with requests from local and international promotors wishing to pencil book the venue when stadium tours begin again throughout Australia, New Zealand and the rest of the world.