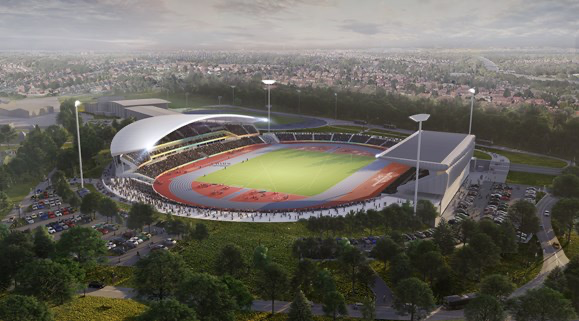 Birmingham 2022 Commonwealth Games organisers and its partners have released a national Legacy Plan, outlining a series of Games’ firsts that will leave a lasting, positive impact on jobs, skills, education, culture, physical activity and investment across the West Midlands and the UK.

It outlines how the Games’ £778m public investment into the West Midlands is benefiting people in the region and beyond, will continue to do so after the Games, and can provide a legacy blueprint for future host cities.

The legacy plan is united by Birmingham 2022’s vision to be the “Games for Everyone”. Its objectives will be delivered against the Games’ five missions: to bring people together, improve health and wellbeing, help the region grow and succeed, be a catalyst for change and put the city on the map. 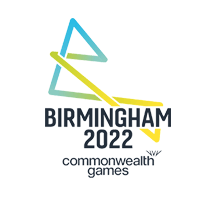 Across nine legacy programmes, the plan sets out a bold vision for how the Commonwealth Games can transform the region and unite communities across the West Midlands, the country and the Commonwealth with a message of hope and recovery following the pandemic. The plan includes:

To mark the launch of the Legacy Plan, the Birmingham Poet Laureate and Birmingham 2022 Legacy and Benefits Committee member Casey Bailey has written a poem called “Dive In”, capturing the excitement and the opportunity that Birmingham 2022 bringing to the city, the region, the country and the Commonwealth.

Birmingham 2022 is the biggest sport and cultural event in the UK since 2012, and the biggest ever held in the West Midlands. With 19 sports, including 8 para-sports, over 11 days of competition, the Games features the largest integrated para-sport programme at any Commonwealth Games, and will award more medals to women than men for the first time.

The Games is a truly unique moment to showcase our great city and region to the world. It will help us to draw all our neighbours together after the most challenging of times, with a sense of unity and purpose. The Games’ partners are embracing this once in a generation occasion with both hands to ensure the Birmingham 2022 Commonwealth Games leads our recovery with a legacy of renewal, growth, hope and inspiration. We are determined that the connections, friendships, and opportunities that the Games will provide us with, will continue to flourish and thrive. As individuals, as neighbours, as communities and as a region we must seize the Games moment as our catalyst to a happier, healthier and more prosperous future.

More than ever, it feels like 2022 will be an important year. From cleaner air to new jobs I’m seeing so many possibilities for how the Games can help the West Midlands become a fairer, greener, healthier and more prosperous place. Planning for the legacy starts now and, fuelled by the Games for everyone vision, we intend to make the most of it.

As the biggest sporting and cultural event ever held in the West Midlands, Birmingham 2022 is a global advert for the best of the UK that will leave a significant legacy. The games will create tens of thousands of jobs, volunteering opportunities and a boost to businesses in the West Midlands and beyond. It will help our country build back better from the pandemic and have a hugely positive impact on people’s lives.

We know that the Commonwealth Games has consistently provided an economic boost of over £1bn for previous host cities, along with an array of positive social and environmental benefits. It is now the turn of Birmingham and the West Midlands to create an amazing new legacy.

I am particularly excited about Birmingham 2022 being the first carbon-neutral Games and the innovative approach to driving social value through procurement.  Birmingham 2022 will set a brilliant standard for all future editions of the Games. It will be for the people of the West Midlands to deliver a successful legacy from Birmingham 2022 and I have every confidence they will do just that, achieving something very special that benefit future generations.

As a born and bred Brummie, I am delighted that Team England`s athletes, coaches and support staff will be central actors in the delivery of a successful Games Legacy. I firmly believe that a major part of the story to tell our children will be of an inspirational Team England, the most diverse English sporting team to compete anywhere in the world. A story not just of their medal winning feats, but of their unity and togetherness – a Team England which represents us all. What a legacy this will be.

To find out more about the Legacy Plan, visit www.birmingham2022.com/legacy

ALSD International events focus on increasing revenue via new builds, renovations and service expansions, in addition to F&B, Premium Seating, hospitality, technology and reopening with confidence. For more information and to register, click on the banner below…