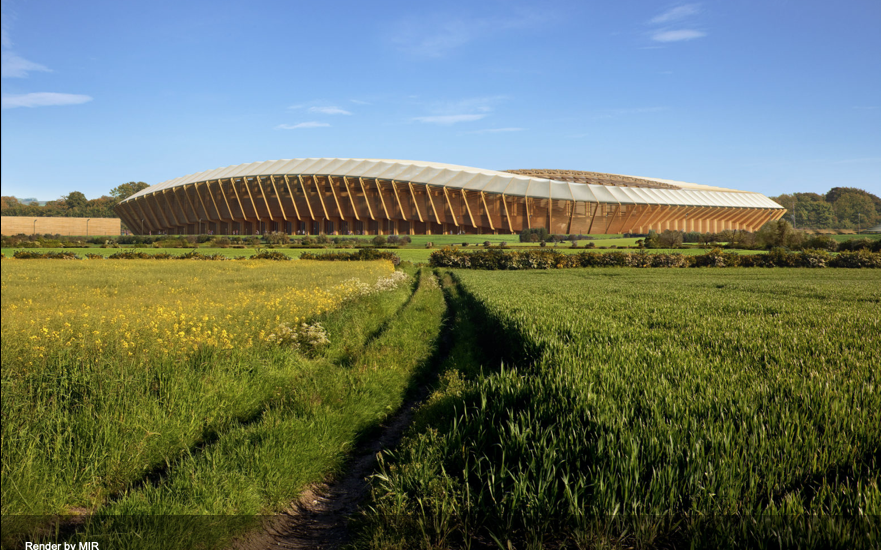 The EFL approval means the League Two club can now advance their plans for the 5,000-seater Ecopark Stadium.

When completed, Ecopark Stadium will become the new home of Forest Green Rovers (FGR), with important mew facilities for its community.

With the team’s community and supporters at its core, fans will be as close as five metres from the pitch. The stadium’s continuous spectator bowl will maximise match day atmosphere and incorporate the club’s future growth.

Establishing a holistic vision for the site, Ecopark Stadium will embody low carbon construction methods and operational processes. It will also be the first all-wood football stadium, with almost every element made of sustainably sourced timber. As a building material, laminated timber is highly durable, safe and recyclable.

From an environmental point of view, 75% of the carbon footprint of all stadia in their entire lifetime comes from the materials they’re made from. It’s not about the energy used to run them, it’s embedded on day one. We’ll have the lowest carbon footprint pf any stadium anywhere in the world since the Romans invented concrete.

Forest Green Rovers’ Ecopark Stadium aims to be carbon neutral (or even carbon negative with the provision of on-site renewal energy generation), demonstrating sustainable architecture can be dynamic and beautiful.

The hybrid event, being hosted by Liverpool Football Club, will feature a high-level conference, exhibition and networking events, as well as technical tours of Anfield, Everton’s Goodison Park and M&S Bank Arena. NB: Attendees can engage via the microsite pre, during and post event.