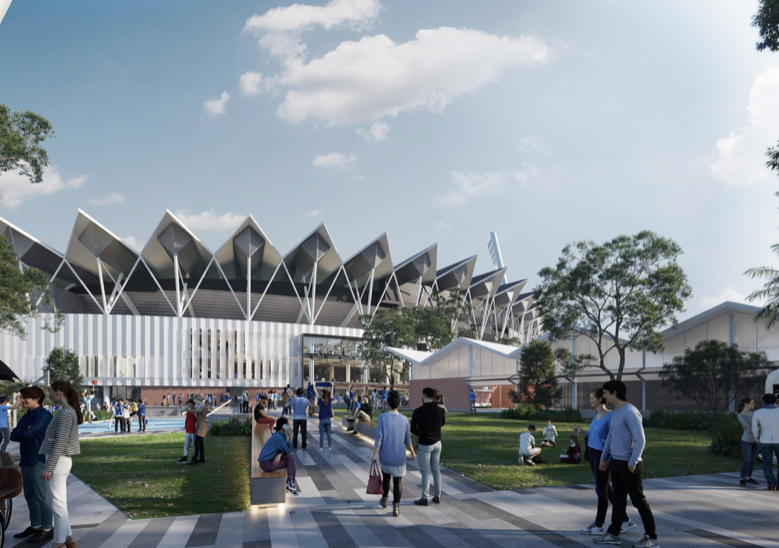 The Victorian State Government has committed A$142m to enable the fifth stage of the GMHBA Stadium redevelopment at Kardinia Park.

Minister for Tourism, Sport and Major Events, Martin Pakula, had confirmed back in December that the Victorian Budget 2020/21 would include the additional allocation to fully fund Stage 5 of the Kardinia Park redevelopment, which will secure the venue’s status as Australia’s best regional stadium and complete the ground’s transformation.

The Labor Government had previously committed $102m to the project, which will involve the construction of a 14,000-capacity, two-tier northern stand to replace the ageing Ford Stand and Ablett Terrace, increasing the stadium’s capacity to over 40,000 and boosting Geelong’s ability to attract national and international events.

The $142m Stage 5 works will benefit hundreds of thousands of sports fans and users each year, especially those from Geelong and the western district.

The new stand will include facilities for all levels including new professional standard unisex change rooms and a home for the Geelong Cricket Club. The region’s up-and-coming cricketers will also benefit from the creation of a regional cricket hub.

Whether it be an AFL match, T20 cricket or one of the many community events held at the stadium, patrons will continue to enjoy world-class facilities year round thanks to a new northern entry plaza, sports museum, function room and a suite of technology upgrades including high-speed public wi-fi and LED signage.

Stadium operations will be bolstered through the delivery of a new administration area for stadium and event staff and dedicated sustainability measures.

Work is expected to begin later this year.

We’re delighted with this investment from the Victorian Government, which will deliver a world-class stadium designed to serve its community. Kardinia Park continues to enhance its recognition as Australia’s best regional  stadium.

The most recent stage of the stadium redevelopment was completed in 2017 and included the new Brownlow Stand, a community-based rehabilitation centre and training and administration facilities for the Geelong Football Club. The Victorian Government contributed $75m towards those works.

Kardinia Park attracts more than 400,000 spectators in a standard year across a diverse calendar that includes regular AFL, BBL, WBBL and A-League matches.

The project highlights include:

A new grandstand at the northern end of the stadium, increasing the overall capacity to over 40,000