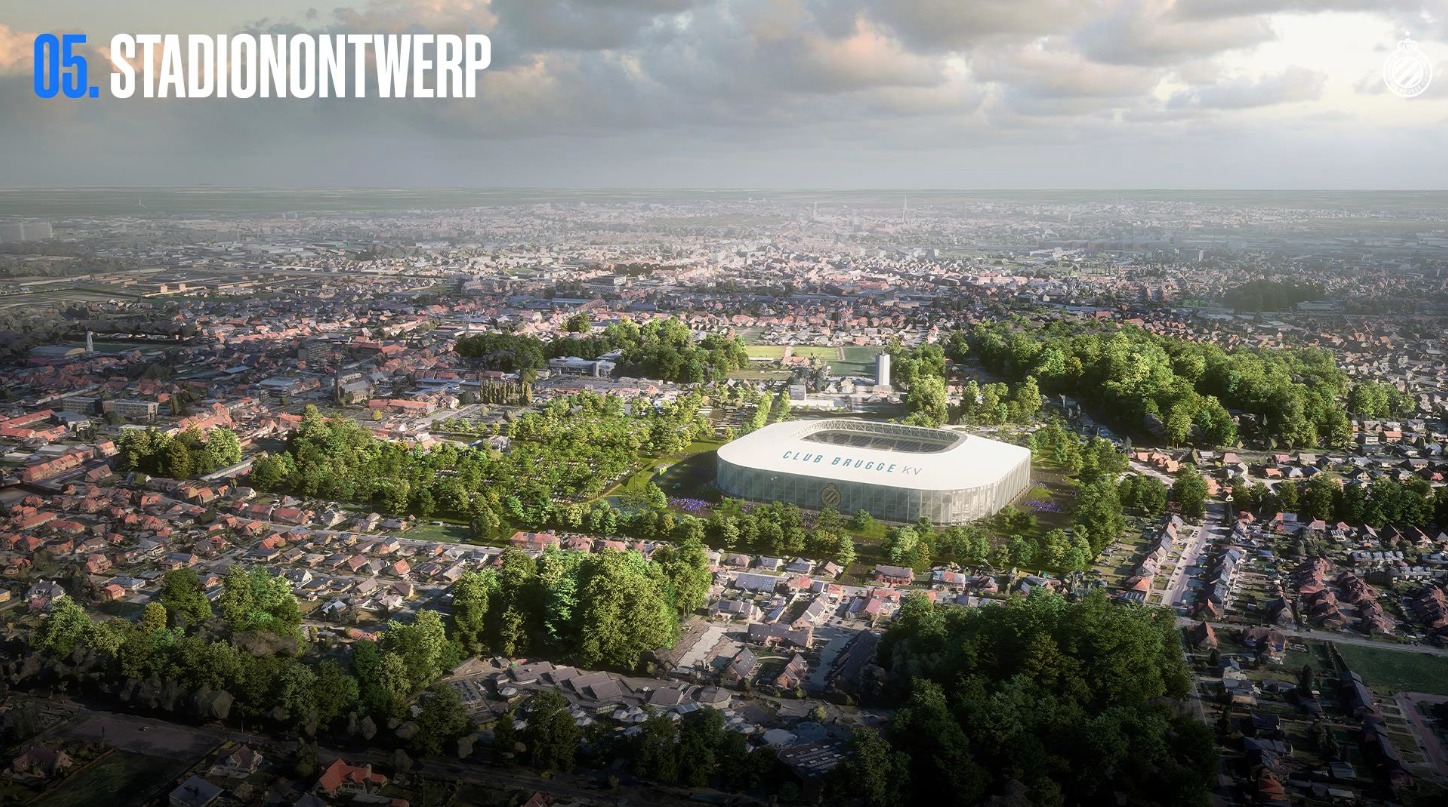 Belgian football side, Club Brugge have announced plans for a €100m (US$111m) new stadium to replace their current home, the Jan Breydel Stadium. The new Stadion Brugge is set to have a 40,000-capacity, according to plans revealed by the Belgian First Division A club, with construction due for completion by the 2022/23 season.

The build will be financed by the club, with land leased from the city council.

The stadium is old and dangerous, worn out. The sooner we leave, the better for everyone. For the future of club and for the entire environment. This will give Sint-Andries and Bruges a boost. That is precisely why I am convinced that it will work this time.

Club Brugge’s current venue was built by rival club Cercle Brugge in 1973. It has a capacity of 30,000 and was last renovated ahead of the 2000 UEFA European Championships.

However, with impending new European club soccer venue regulations, Verhaeghe is aware of the need for change:

Everything will change, the requirements to play at the absolute top will become more demanding. Imagine that you miss out because you are not allowed to play in your own stadium. Okay, we are Belgium and we will always be Belgium. But I still want to be able to do what Ajax does. We needed a solution for our stadium, and we have now found it.

The initial plans for the new venue were part of Holland and Belgium’s 2018 FIFA World Cup bid. After that fell through in 2010, the club continued to draw up plans for a new home but disagreements with local authorities stalled the process. Now, a deal has now been agreed and construction can begin.

The Belgian league leaders had long pursued plans to build a new venue in another part of the city, but administrative entanglements have meant that a decision has been made on the original site.

Created by renowned French architects SCAU, the vision is particularly compact, to alleviate local residents. Even though the proposed new stadium would be 10,000 larger than its predecessor, the difference in size would be quite modest, being just a few metres taller and wider.

Overall the percentage of business seats at the stadium is expected to be high, at around 5,000 out of the total 40,000 capacity. Two concourses for fans are planned, with each stand to offer its own lift, guaranteeing space for at least 200 wheelchair users.