With digging down and temporary roof support now finished, plus the last concrete poured for the pivotal south buttress, Climate Pledge Arena – the first certified carbon-neutral arena in the world – is in full ‘building mode.’

More than a year ago, construction workers at Climate Pledge Arena were disconnecting 20 concrete y-columns and four large buttresses from the venue’s historic landmark roof while erecting temporary steel columns to hold up the roof. The innovative, never-done-before-at-this-scale concept was to keep the roof in place while the crew excavated 600,000 cubic yards of dirt to make way for a brand-new subterranean arena.

The effect was the 44-million-pound iconic roof, designed to honour the native Salish cedar-woven rain hat, appeared to be floating in mid-air. The dig went as deep as 70 to 90 feet in some places of the site while the new ice-level dimension is 53 feet below ground. The excavation doubles the arena’s square footage to 800,000, which, among other fan-friendly measures will keep all “back-of-the-house” and loading dock facilities underground.

Music fans will be happy to know the eight-bay loading dock area plus world-class acoustics under the roof will be highly appealing to the biggest musical acts on tour.

Those y-columns are now all reconnected and same for all four buttresses, east, west, north and, as of late last week, south. The south buttress completion is a huge milestone because it bears a significant amount of the roof weight plus serves as part of the new front entrance on Thomas Street, along with the 36,000-square-foot Alaska Airlines Atrium. 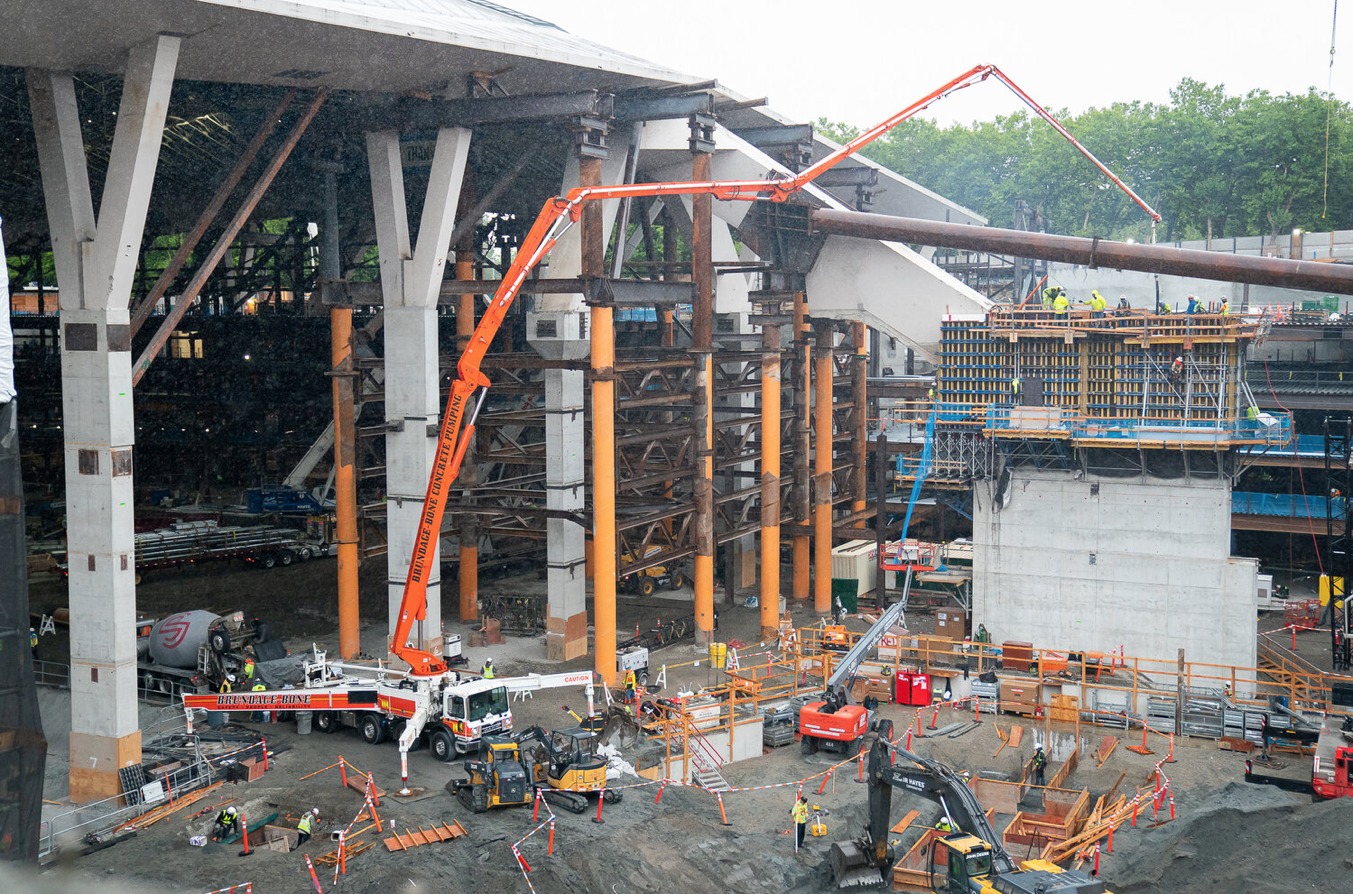 It’s the piece to tie the roof in so it is completely freestanding. The south buttress has been difficult and challenging … we had to tie into the buttress with geometry and angles the ironworker crews had never done before, tying in re-bar [intricate steel-caging work] at the perfect angle.

The slope of the Thomas Street buttress also required pre-engineered geo foam cut at precise, unforgiving angles to fit into the space. The first few days of the ironwork required consultation with engineers “by the hour,” says Erickson, a Seattleite who watched “many Sonics games and concerts from Red Hot Chili Peppers to Coldplay” at the site.

The final concrete pour over the re-bar work and geo form sealed the deal on all of the “going down before we go up” prep work, said Ken Johnsen. From five-stories below and beyond will rise not only the Kraken but brand-new, world-beater, zero-carbon fully sustainable arena for sports, music, family entertainment and community events.

Referencing the steel erection work being well under way in the northeast and northwest corners of the site, Johnsen, Construction Executive for Oak View Group and the Seattle Kraken, said:

We’re building the arena now. We’re done with excavating, temporarily holding up the roof and putting in the underground [utilities]. We are now fully in building mode.

Speaking about the rapid evolution of the project, with changes every day, Johnsen added:

One major change in the last two months is we are now hanging the banners of Climate Pledge Arena and the Seattle Kraken. It’s is so cool to say those two announcements were made on the floor of the arena and under this roof.

A brand new arena under an historic roof

This transformational project is the most significant private investment in Pacific Northwest sports and entertainment history.

The partnership is between Amazon, Oak View Group and the City of Seattle to reimagine and redevelop an arena constructed under an historic landmarked roof originally built for the 1962 Seattle World’s Fair.

Rockwell Group, the global architecture and design firm, designed a comprehensive set of premium arena amenities, each offering its own unique experience. These seven spaces will offer guests something they have never seen before in the market. 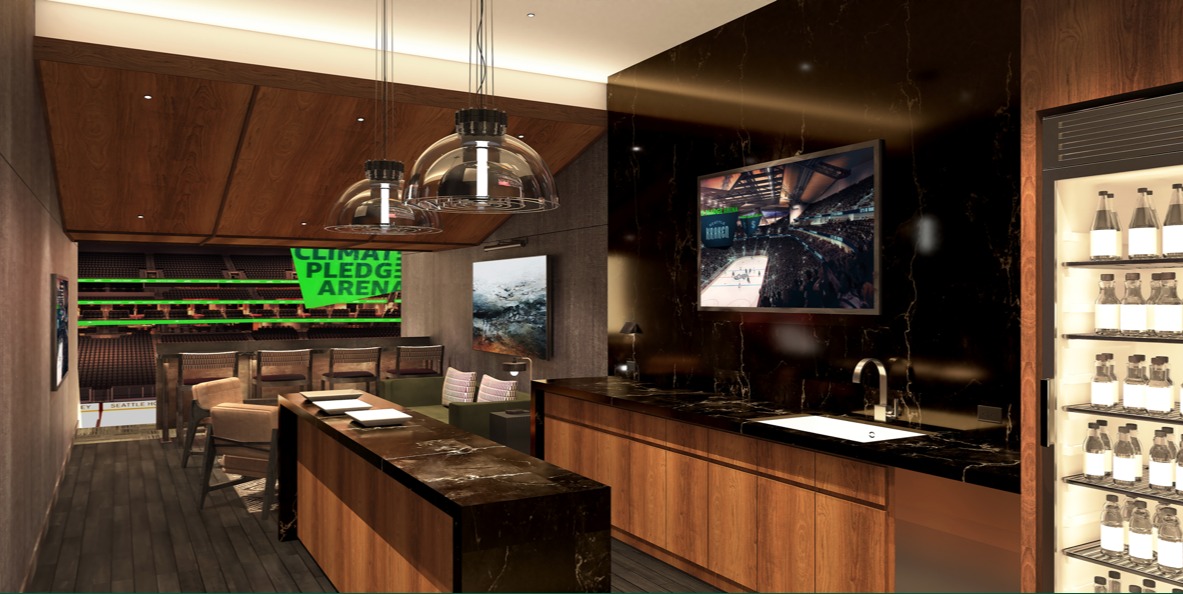