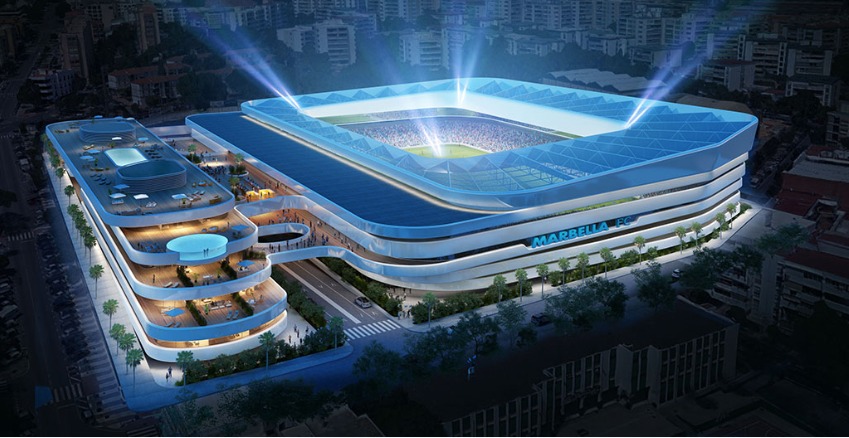 Spanish third-tier side, Marbella FC, together with the City Council, have revealed plans to build a brand new, state-of-the-art stadium in the Andalusian city, located in the South of Spain. The project has been proposed as an “urban jewel” that will be “symbol of the city”, explained Óscar Ribot, CEO of Best of You, the company that manages the club.

The new facility will have an 18,000-capacity for football, higher for events like concerts, with 2,000 underground parking spaces, in addition to a commercial area and a hotel. It will be built on the site where the Municipal Antonio Lorenzo Cuevas is currently located and will not have a running track, unlike their current home, the 7,300-capacity Estadio de Marbella.

Ribot recalled that, since they arrived at Marbella FC in November 2018, their “top priority” was for the city to have a new stadium, which is also an “icon of the city” next to Puerto Banús and a place that “everyone looks to with admiration”.

Best of You presented the project, which now needs “both the City Council and the political parties to initiate the appropriate procedures” for it to be a reality, Ribot said.

The Mayor of Marbella, Ángeles Muñoz, highlighted that it is “a city project”, which she has described as “emblematic and serious”, and whose path begins now to go “together”. 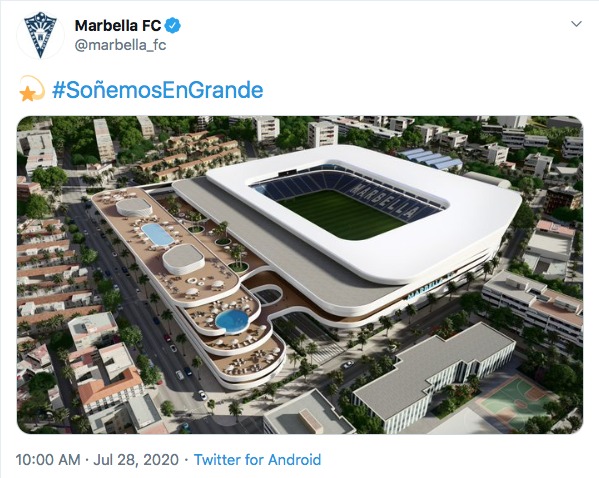 The new ground would play on the city’s popularity with tourists, dedicating more than 4,000 square metres to VIP areas. Features of the futuristic stadium stadium include a retractable roof and outdoor facilities including swimming pools, plus VIP suites.

This is a private project, but it will also have to rely on support from the city itself, who could benefit greatly from having such a spectacular venue.

Marbella Fútbol Club, formerly known as Unión Deportivo Marbella, currently plays in Spain’s Segunda Division B, group 4, but as this project shows, it has some seriously big aspirations in its sights.