In this video interview, Lee Zeidman discusses the challenges of Covid-19 and preparing for reopening. In particular, he highlights the importance of educating your staff, tenants, teams and your guests to ensure a safe and secure environment for all, and of working in partnership with your industry peers and other sporting and live entertainment venues, local government and the relevant health and safety bodies to deliver a sector-wide ‘new normal’ experience.

There are few events that take place in arenas, theatres or other venues that Lee Zeidman has not been involved with during his career. As President of STAPLES Center, Microsoft Theater and L.A. LIVE the sports, residential and entertainment district, Zeidman oversees the venues event operations, production, including guest services, booking, box office, event security, event staffing, guest relations, facility presentation, marketing, communications, hospitality and food and beverage services.

In this far-reaching interview, conducted via Zoom, Zeidman explains the challenges brought about by Covid-19, from preparing for reopening with crowds to trying to reschedule concerts and other events, whilst still awaiting decisions from the NBA and WBNA as to when they will re-start the Leagues back at the team’s home venues. He explains:

Obviously AEG is a global company, with venues in the UK, Germany and Shanghai. I was speaking with my colleagues at The O2 in London, Mercedes-Benz Arena in Berlin, and in Shanghai this morning, where they are planning for the return of limited numbers of spectators from August 1, and Shanghai has just run a test event with a limited capacity of 4,500 people. In the US it’s different. It’s like 50 different countries, with their own guidelines, protocols, cities, governors, etc.

Here in California, we do not have any guidelines that allow us to go from ‘no spectators’, where we are now, in stage 3, with spectators in stage 4, but there is no in-between. When it comes to the 25-50% capacity in stage 4, who gets those seats? Those are some things we’re going to have to work out with our tenants. Who actually gets that. Is it your season ticket holders, your suite owners, your premium seat owners, your staff? Those questions have to be asked and answered.

As for getting prepared for reopening and what that means in reality, Zeidman says:

Nothing will ever replace the sights and sounds of the live entertainment experience. However, we can’t expect fans to simply return to our venues. It’s going to be a tough, long road ahead, especially for venues in the States. Maybe it’ll be better for venues in Europe, where you’ve flattened the curve a little easier. We’re going to need to regain the trust of not only our fans but our staff as well. We’re going to have to educate them, we’re going to have to show them that it’s safe to come back in.

You can’t take for granted that once you open up the doors that there’s all this pent up frustration and that they’ve missed these events and are going to come right back. We’re going to have to show them pre-event, during the event and post-event that you’re taking this seriously; that’s you’re sanitising, you’re cleaning, you’re wiping down and that this is a safe venue. I can’t stress enough the importance of having a third party come in and accreditate you, like GBAC did for us. I can’t stress enough of having those guidelines and those protocols, those A-Z items that you’ve married up with the teams, tenants, performers and promoters that play in your venue. I can’t stress enough working with your county health departments, etc. Everybody needs to be educated and ready to fire on all cylinders once we open up. Educate! Educate! Educate!

If I could stress one thing, it’s the importance of being prepared. Regardless of whether you’re going to get 25%, 50%, 0% or 100% capacity, it’s very important for us in this industry to continually look at the technology, to continually work with our vendors and our partners, and to continually work with each other to ensure our venues are safe again. Share ideas. Share plans. I have no problem if anyone wants to reach out to me, I will share our documents and our plans, because I think it’s important for this entire industry that we are properly educated, that we are properly sanitised, and that we are united as we move forward!

Anyone wanting to connect with Lee, please email Katie McIntyre at: katie@sportsvenuebusiness.com

You can also find Lee on LinkedIn at: https://www.linkedin.com/in/lee-zeidman-233b0913b/ 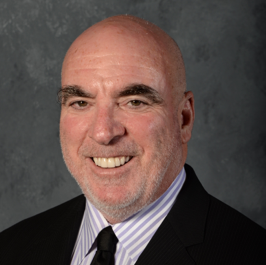 About Lee Zeidman: The man & the venues

Zeidman was a crucial member of a team that oversaw the overall development of L.A. LIVE, the 4 million square foot / $2.5 billion sports, residential and entertainment district featuring Microsoft Theater (7,100-seat live theatre) and Club Nokia (2,300 capacity live music venue), a 54-storey, 1,001-room convention headquarters destination (featuring The Ritz-Carlton and JW Marriott hotels and 224 luxury condominiums – The Residences at The Ritz Carlton – all in a single tower), a 14-screen Regal Cineplex, “broadcast” facilities for ESPN, along with entertainment, restaurant and office space.

Microsoft Theater has been named Pollstar’s national “Theatre of the Year” in 2008, 2009 and 2010 with Zeidman having been nominated nine times for “Facility Executive of the Year” and honoured in both 2008 and 2016. In June 2018, Zeidman was awarded the “Outstanding Achievement Award” by the Stadium Business Awards, which recognises an individual that has shown exceptional commitment service and leadership to the stadium industry over a sustained period of time.

Since opening in October 2007, Microsoft Theater has hosted six sold-out nights of the Eagles and Dixie Chicks, Sugarland, Kings of Leon, Neil Young, Mary J. Blige, Dancing with the Stars Tour, John Fogerty, George Lopez, John Mellencamp, The Who, Duran Duran, Rush, Tool, Aretha Franklin, Lady Gaga and Old Dominion to name just a few. Microsoft Theater is also home to the American Music Awards, ESPY Awards, Primetime Emmy Awards, BET Awards, the Grammy Premiere Awards, 2013 Rock N’ Roll Hall of Fame Induction and the 2010, 2011 & 2015 MTV Video Music Awards all of which Zeidman played a critical role in the negotiations of the contracts and the execution of the shows.

Zeidman played a key role in the overall design and construction of STAPLES Center as a member of the arena’s development team. Under his guidance, the nation’s most state-of-the-art arena operating systems have blended together and made it possible to successfully host an unprecedented schedule of events.

During his time with AEG, Zeidman has also played a substantial role in the development, construction and operation of Dignity Sports Health Park in Carson, CA, which includes a 27,000-seat soccer stadium, 8,000-seat tennis stadium and other major facilities for track & field, cycling, beach volleyball and other sports which has been designated as an Official U.S. Olympic Training site.

Zeidman was also a part of a team that developed and opened The Colosseum at Caesars Palace in Las Vegas, a 4,000-seat theatre, which was the home of Celine Dion’s A New Day, as well as assisting in the opening of such iconic AEG venues such as The O2 in London and the Mercedes-Benz Arena in Berlin.

Prior to AEG and STAPLES Center, Zeidman was the Great Western Forum’s Vice-President, Operations, overseeing all areas of that facility’s management. During his 10-year tenure, he coordinated operations for all Los Angeles Kings and Los Angeles Lakers games, concerts and special events. Previously, he directed operations for the 6,000-seat special event centre at the University of California at Santa Barbara.