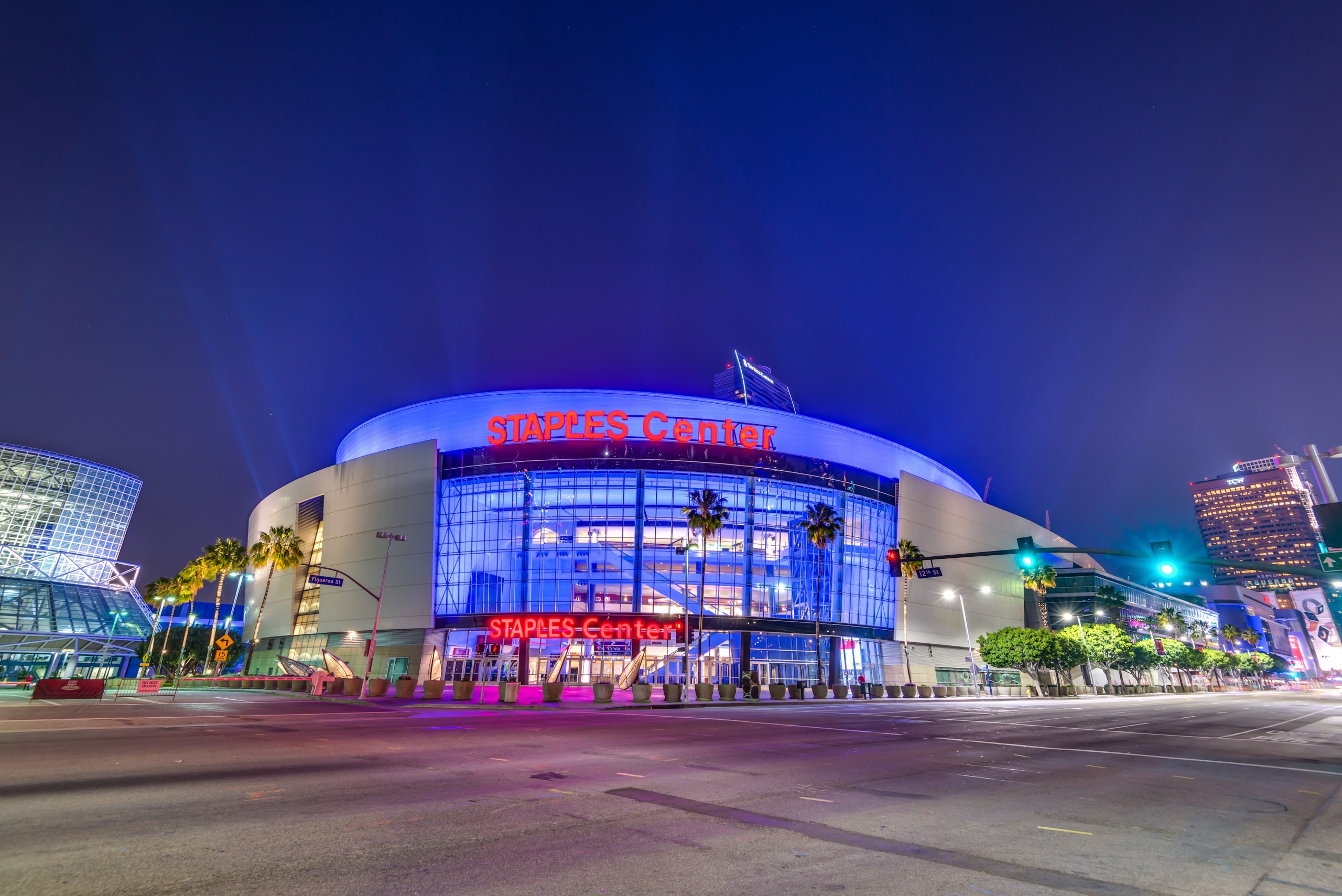 The Global Biorisk Advisory Council® (GBAC), has announced that STAPLES Center has received the organisation’s GBAC STAR™ facility accreditation, the gold standard for prepared facilities. Home of the LA Clippers, LA Kings, LA Lakers and LA Sparks, the downtown Los Angeles venue is the first United States arena to receive the highest level of accreditation as determined under the guidance of GBAC, a Division of ISSA, the worldwide cleaning industry association.

The GBAC STAR facility accreditation insures the public that STAPLES Center, the first NBA, NHL and WNBA globally to receive the award, has created and implemented the most stringent protocols for cleaning, disinfection and infectious disease prevention throughout the arena.

As the cleaning industry’s only outbreak prevention, response and recovery accreditation, GBAC STAR™ helps organisations establish protocols and procedures, offers expert-led training and assesses a facility’s readiness for biorisk situations. The program verifies that STAPLES Center implements best practices to prepare for, respond to and recover from outbreaks and pandemics.

GBAC STAR accreditation empowers facility owners and managers to assure workers, customers and key stakeholders that they have proven systems in place to maintain clean and healthy environments. By taking this important step to pursue GBAC STAR, STAPLES Center has received third-party validation that it follows strict protocols for biorisk situations, thereby demonstrating its preparedness and commitment to operating safely.

We know that when the time is right for our guests , athletes, artists and our team members to experience the incredible energy within STAPLES Center again that our GBAC STAR accreditation demonstrates that we are taking the proper precautions to protect everyone once it is safe to host events again. We are honored to be one of the first GBAC STAR accredited arenas leading the way in maintaining cleanliness and continuing to make the safety of everyone our number one priority.

Prior to the COVID-19 pandemic the safety of our guests, athletes, artists and our team members was and will remain STAPLES Center’s number one priority and with the enhanced cleaning and sanitisation procedures along with existing partnerships with ABM, AtmosAir™, BELFOR Property Restoration and BluEco LCT System the arena will continue to ensure everyone’s safety moving forward.

STAPLES Center’s sanitisation protocols will continue during live events with or without guests inside the arena and throughout the office work spaces. Dedicated restroom attendants equipped with enhanced products work constantly to keep these high-touch areas clean. A team of “sanitisation monitors” are constantly auditing and evaluating all areas, especially high-touch guest areas such as in arena seats and arm rests, escalator & stair handrails, faucets, soap dispensers and restroom fixtures which have been modified, where appropriate, to touchless. The highest care and attention is also used in the venue’s food and beverage areas, ensuring food safety is carefully considered with EPA-approved sanitisation methods.

STAPLES Center’s Heating Ventilation and Air Conditioning system is equipped with AtmosAir™ Bipolar Ionization. Airflow passes through the patented AtmosAir™ bipolar ionisation tube. The tube energises the air to form bipolar — positive and negative — air ions. Unlike most air purification systems, AtmosAir™ seeks out and neutralises the contaminants at their source. This is vastly superior to most air purification methods because it works “in the space” where we work and play. AtmosAir™ doesn’t wait for the pollutants to find their way into the filter within the air handler. Instead, air ions go to the contaminants in the space where you breathe, just as in nature.

BluEco LCT System, the proprietary Liquid-Crystalline Turbex (LCT) technology, is a molecular level airflow, indoor climate management system. This innovative processor produces the highest quality of water while at the same time efficiently managing the interior airflow, cleansing the air from particulates, and allowing for significant energy savings. Additionally, the technology eliminates an arena’s reliance on the municipal water systems to create and maintain its ice sheet. BluEco LCT is a stand-alone “plug and play” system which seamlessly integrates into venues without the necessity of replacing existing HVAC systems, is extremely efficient and operates in all climates. The system also naturally cleanses air of particulates, microorganisms and odours, and the system has no parts that can become breeding grounds for mold and bacteria.

We will be bringing you an in-depth interview with Lee Zeidman, President, STAPLES Center in the near future, so watch this space! Zeidman is also one of the industry executives that have taken part in our “Stadia & Arenas: Roadmap to Reopening” part two feature, which will be published next week.

STAPLES Center recently celebrated its 20th anniversary year and has undoubtedly developed an unrivaled reputation for excellence having established itself as the Sports and Entertainment Center of the World. As the home of four professional sports franchises – the NBA’s Los Angeles Lakers and LA Clippers, the NHL’s Los Angeles Kings and the WNBA’s Los Angeles Sparks – STAPLES Center has proven to be a home court advantage for the local teams. The AEG owned and operated arena continues to distinguish itself as the host of major, high-profile events of national and international distinction including the 2004, 2011 and 2018 NBA All-Star Games, 2002 and 2017 NHL All-Star Game, 2000 Democratic National Convention, 2009 World Figure Skating Championships and 19 of the last 21 GRAMMY Awards shows. STAPLES Center’s twenty years have also been marked with performances and special events that brought international stature to the downtown Los Angeles venue including concerts Taylor Swift, Beyoncé, Prince, U2, Paul McCartney, Garth Brooks, Usher, Jay-Z, Kanye West, Keith Urban, Roger Waters, Britney Spears, Katy Perry, Ed Sheeran, Kendrick Lamar, Michael Bublé, Carrie Underwood and Justin Timberlake, as well as world championship boxing, family shows and special events. Hosting over 250 events a year, the arena’s reputation for world-class amenities, features and commitment to quality of service and the guest experience is second to none.

About GBAC, a Division of ISSA

With more than 9,300 members—including distributors, manufacturers, manufacturer representatives, wholesalers, building service contractors, in-house service providers, residential cleaners and associated service members—ISSA is the world’s leading trade association for the cleaning industry. The association is committed to changing the way the world views cleaning by providing its members with the business tools they need to promote cleaning as an investment in human health, the environment and an improved bottom line. Headquartered in Northbrook, Ill., USA, the association has regional offices in Mainz, Germany; Whitby, Canada; Parramatta, Australia; Seoul, South Korea; and Shanghai, China. For more information about ISSA, visit www.issa.com